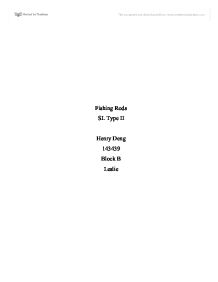 An efficient fishing rod requires numerous guides for the line or else it will get tangled. Companies must find a strategic position for them or else the rod will become obsolete. As a result, a mathematical model can help companies predict where to place these line guides in order for a successful launch. Imagine customers launching a fishing rod that gets caught up before landing in the water! Not a very pleasant experience, is it? In this portfolio, I will be finding an appropriate model that can mathematically show the placement of line guides on a fishing rod. To do so, I will be using a given diagram, whereas: a fishing rod has an overall length of 230cm. The distances for each of the guides from the tip of the fishing rod is shown in a table on the back, but I will be copying it out, so one can refer to it while reading.

Next, isolate the variables by multiplying 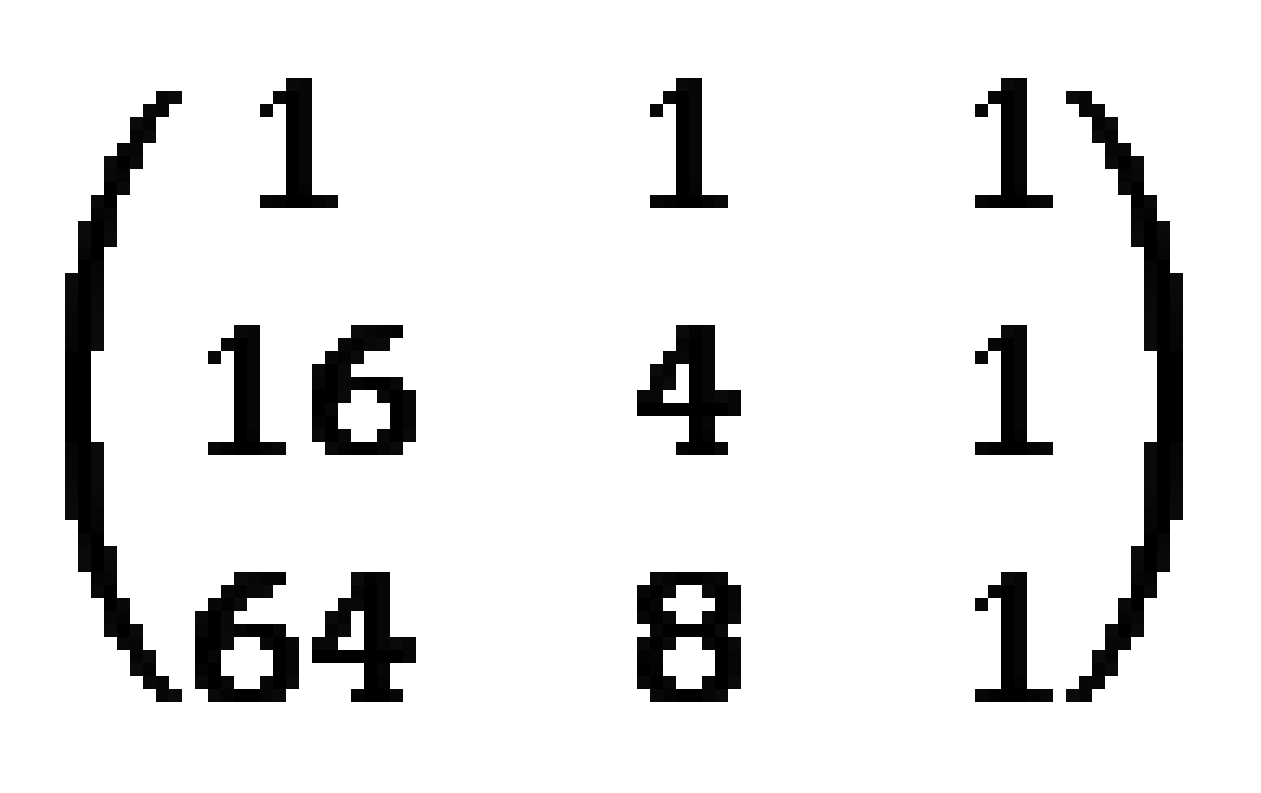 After that, matrix “A” turns into the identity matrix and the inverse of matrix “A” is used to multiply with matrix “B”. Using technology, the answer is:

Let's revisit the general quadratic equation and substitute these three values in.

The quadratic model of the guide placements of a fishing rod can be represented as:

On the next page, there will be a comparison of the quadratic model with the data points.

For a cubic model, I will use the same methods except, use the general equation of a cubic equation:

This time, 4 ordered pairs will be required and by using the same method as the previous model, I chose them in an interval of two (intervals of three does not work). The start guide is the first ordered pair, and then two up; the third guide, two up again; the fifth guide, and lastly, the end guide.

Now, to represent these equations in matrix form:

Using the same methods to isolate the unknown variables (A,B,C,D), I will multiply each side with the inverse of matrix “A”. Using technology, the answer is:

th powered model is definitely the most accruate.

As one can see, these two equations do not differ greatly as expected because essentially, a regression is a best fit line which should be equivalent to a model that passes through most of the points. Of course, using technology would result in a more accurate answer, but the use of matrix methods is crucial if one does not have knowledge about regressions.

After exploring a fishing rod with eight guides, it would be interesting to guess where  would the placement of a ninth guide be (excluding the tip) and measure the effects of this phenomenon. By using my quadratic model, it's quite simple to find out where a ninth guide could possibly be. Since it's just a general idea, the use of complicated functions are not needed; thus, a quadratic model should be sufficient.

As mentioned before, the variables: X is the distance from tip (cm) and g is the guide number (from tip). So, to find the ninth guide, all we need to do is substitute g with the number nine.

Therefore, if a ninth guide was to be added to the fishing rod, it would be located approximately 178cm from the tip (0,0). The effects of having this ninth guide would shorten the line and therefore, it may cause difficulty fishing as it can't reach the water.