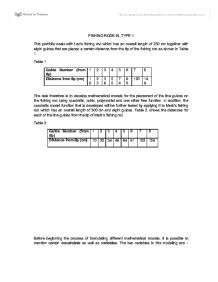 This portfolio deals with Leo's fishing rod which has an overall length of 230 cm together with eight guides that are placed a certain distance from the tip of the fishing rod as shown in Table 1.

The task therefore is to develop mathematical models for the placement of the line guides on the fishing rod using quadratic, cubic, polynomial and one other free function. In addition, the quadratic model function that is developed will be further tested by applying it to Mark's fishing rod which has an overall length of 300 cm and eight guides. Table 2, shows the distances for each of the line guides from the tip of Mark’s fishing rod.

Before beginning the process of formulating different mathematical models, it is possible to mention certain constraints as well as variables. The two variables in this modeling are

variable, is the Independent Variable, and the

variable is the Dependant Variable. Table 1, which gives the distances for each of the line guides from the tip of Leo’s fishing rod, is plotted on the graph below: 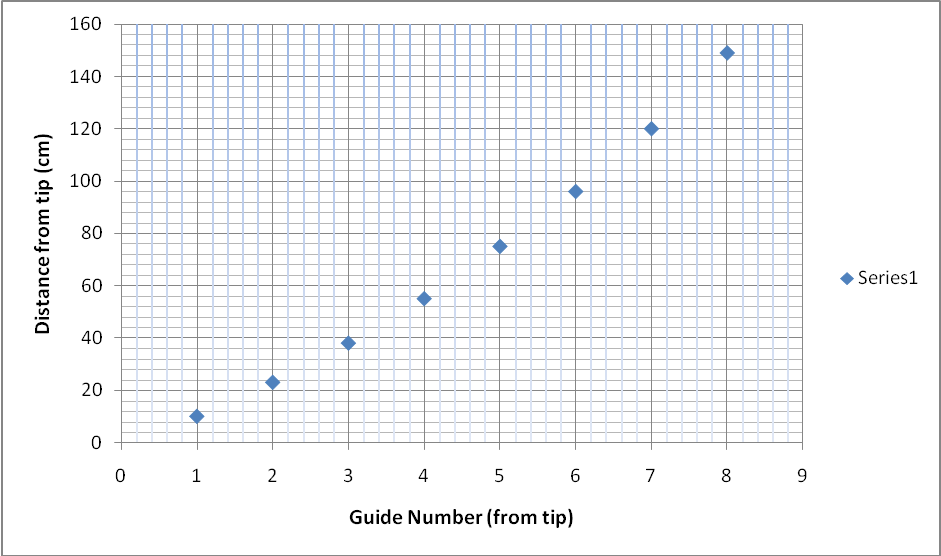 I will consider the

variables as a sequence, and from there I shall calculate the polynomial equation modeling this situation.

Since these values, the "first differences", are not all the same value, I'll continue subtracting: 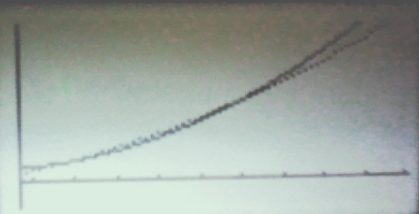 If I compare this curve, with the original curve of 8 guides, we can see that the new curve is slightly steeper than the second curve.

Hence, I consider that the implication of adding a ninth guide to the fishing rod is a good one. This is because the last guide (9th guide) is closest to the reel. It allows the line to come off the pool much easier. Basically to sum it up, the more guides the more line control, and hence the farther and smoother the cast, giving a smoother retrieve.

Table 2, shows the distances for each of the line guides from the tip of Mark’s fishing rod.

The graph below shows how well my quadratic model fits this new data: 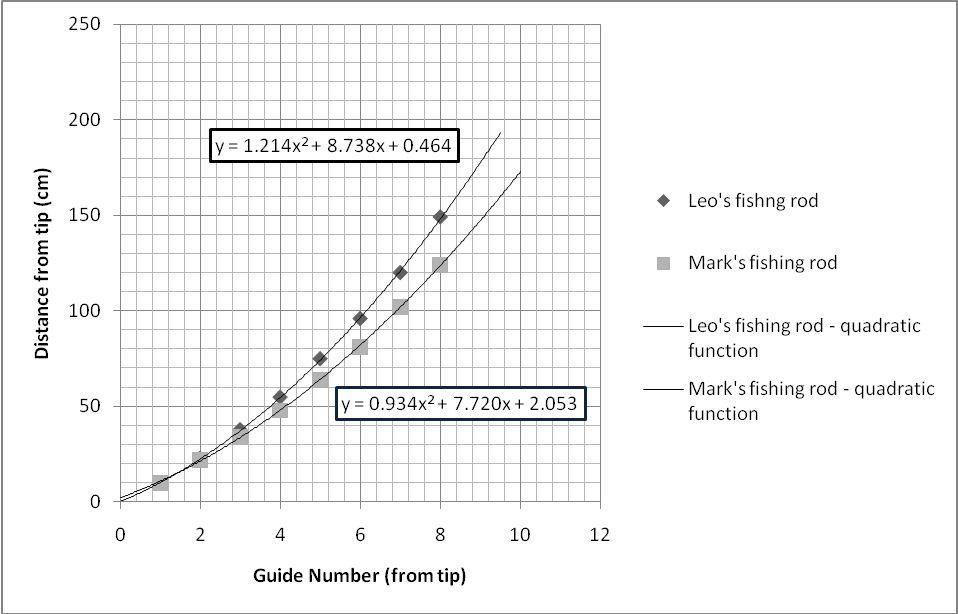