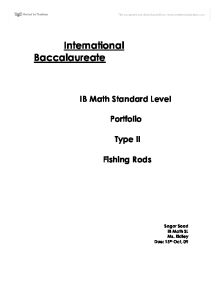 A fishing rod requires guides for the line so that it does not tangle and so that the line casts easily and efficiently.

In this investigation, a mathematical model will be developed that will calculate functions from the given data points of two fishing rods of lengths 230cm and 300cm. This model will further determine the placement of the line guides on the fishing rod.

In mathematics, a function is a relation between a given set of elements and another set of elements that associate with each other, algebraically and graphically. In this investigation, an approach using matrices will be attempted to calculate functions for the given data and then be plotted to verify the results. Furthermore, there will be an effective use of technology so as to minimize errors and flaws.

Hence, the equation is 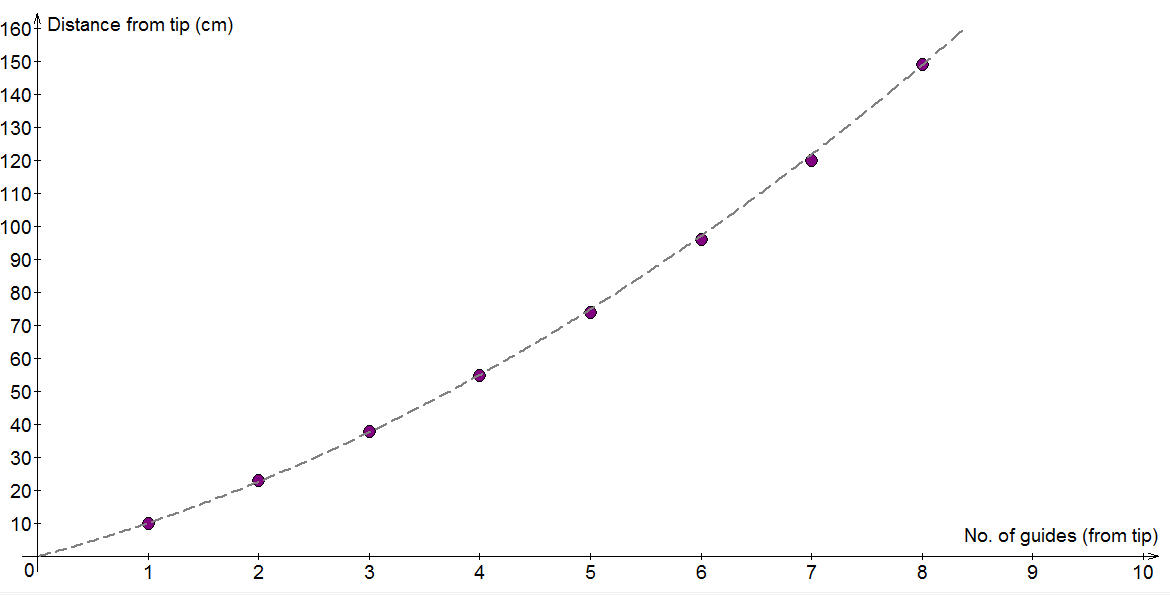 This model is quite accurate as the curve of the function passes through all the points. Although the curve does not pass through the center of the data points on the graph.

To calculate this equation, the first, third, sixth and eighth data points will be used.

The table below shows the given set of data, which is Mark’s fishing rod that h as a 300cm line.

It can be clearly seen that the quadratic function does not fit this new set of data. In order for that model to fit this new data, an enhanced quadratic would need to be recalculated using these new data points i.e. the same approach of matrices will be required. One limitation with this model is that it disregards the length of the fishing rod. A fishing rod with a different length would result in different data points. Different data points, would result in a new curve, which the original model does not fit.