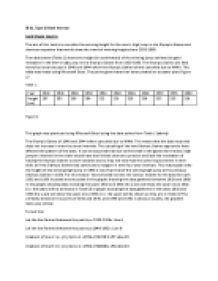 The aim of this task is to consider the winning height for the men’s high jump in the Olympic Games and derive an equation that would show the trend of winning heights from 1932-1980.

The table below (Table 1) shows the height (in centimeters) of the winning jump achieved by gold medalists in the Men’s high jump in the Olympic Games from 1932-1980. The Olympic Games are held every four years except in 1940 and 1944 when the Olympic Games where cancelled due to WWII. This table was made using Microsoft Excel. The points given have then been plotted on a scatter plot (Figure 1)

This graph was produced using Microsoft Excel using the data points from Table 1 (above).

The Olympic Games of 1940 and 1944 where canceled due to WWII. This means that the data recorded does not increase in even four year intervals. The canceling of the two Olympic Games appears to have affected the pattern of the data.  It can be assumed that due to the break in the games for the war, high jumpers involved in the event would have had limited chance to practice and lack

Figure 4: Points from Table 3 plotted on a linear graph with line of best fit generated by Graphical Analysis

Figure 5: The linear function y=1.16x+202n (as shown in Figure 4) compared to the ‘line of best fit’ generated by graphical analysis

I used technology to refine the equation y=1.16 x+202 by finding the line of best fit using Geogebra which generated the equation in the form

To get the equation in the form y=mx+c: 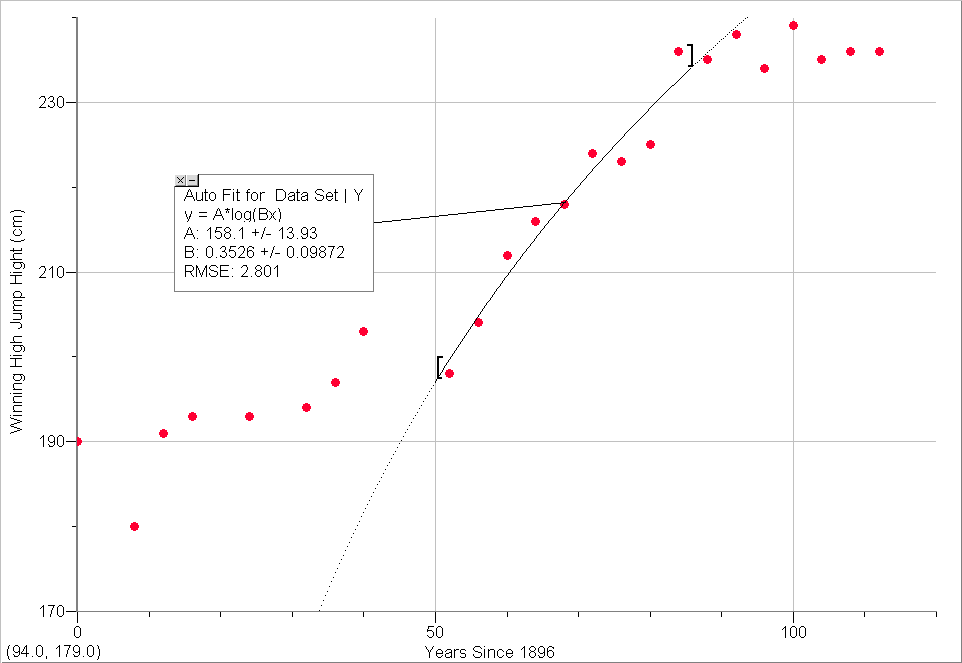 The graph above (Figure 10) shows the points given (Table 4) modeled by the logarithmic equation: y=28.75 log⁡(2.82*106x)Geogebra was used to produce the graph. 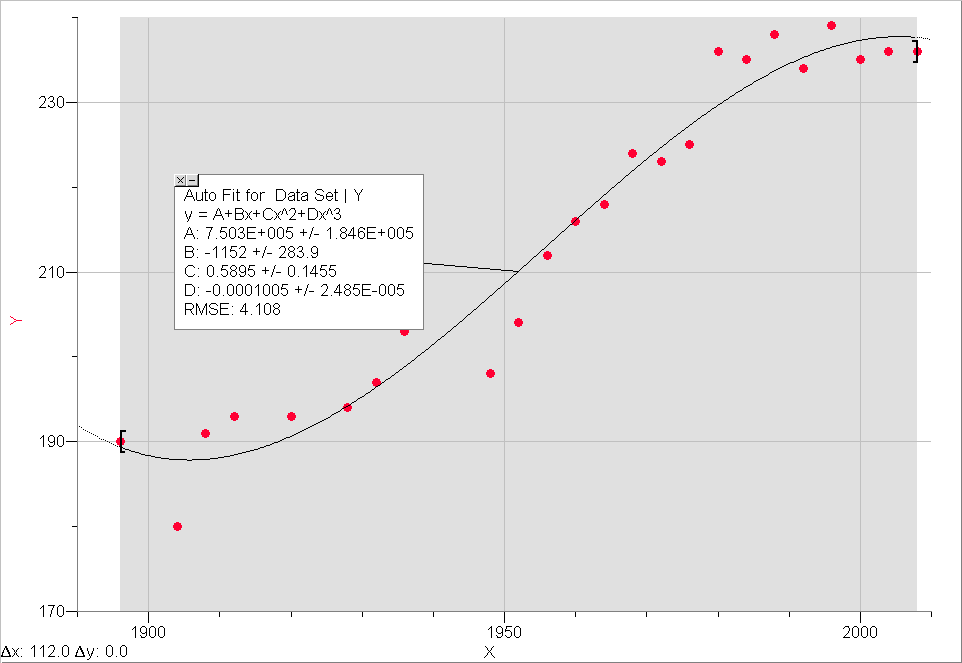 Because of my limited knowledge of Gaussian functions I used technology to produce the graph. I wanted a function that would show the decrease in the slope reflecting the lessening rate of improvement. The Gaussian function has the steady slope similar to that of the linear function that accurately reflects the trend of the data over the middle of the 20th century and has a decreasing gradient similar to that of a logarithmic function near the end of the 20th century as humans approach the limit imposed on them by natural forces such as gravity. This function is limited in its use however as it would show a gradual decrease in winning high jump heights if projected into the future and there is no current evidence to suggest that this would be the case. This graph has the equation: