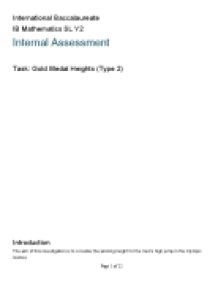 The aim of this investigation is to consider the winning height for the men’s high jump in the Olympic Games.

Firstly, we are given a table that lists the record height achieved by gold medalists in each competition from 1932 onto 1980.

Let us first plot the points on a graphing application. After plotting the above points in the graphing programme (see Figure 1 in Appendix), we arrive at the graph below.

This graph demonstrates the record height changing over time through every Olympic game. The h-axis represents the height of the record jump (in centimeters). The t-axis represents the years in which the jumps took place. It should be noted that there are certain limitations to this data set; primarily that there was no men’s high jump taking place in 1940 and 1944; none in 1940 due to the revocation of Tokyo as the host venue for the Games due to the Sino-Japanese war; and none in 1944 due to the outbreak of the Second World War. The absence of two games was likely to cause a difference in the pattern of data; most likely due to many governments’ attention on the Second World War rather than a “sporting competition.” Hence, it is causable that this led to a drop in the record height in 1948 (when the Games restarted) due to the lack of competition or motivation.

Some parameters of this data set are limited in that the value “h” cannot be lesser than or equal to zero, as a jump cannot be negative or remain on the ground.

th year-elapsed point, with a difference of 12 centimeters. While the linear function meets at the last data point at 48 years with 236 cm; it also has a wide difference at the starting point – the very first year with a difference of 10cm. The linear model also faces issues that it does not account for a sinusoidal deviation from the equation line; for example, the 4th year and the 16th year had very different ranges from the function; and were extreme in range from each other; as the linear line goes in a straight fashion, it cannot account for these outlier points. Another weakness in the model is that the function will continue to increase over value in time; however this is not possible in this real life situation as there will be a limit to how high a human can jump due to gravitational forces; which the linear function cannot account for. On the other hand; the equation keeps decreasing in value when going back; and does not account for that time cannot be negative; nor that a high jump cannot go “down” below the ground (negative value) or remain on the ground (zero). However, for a linear model; this equation appears to be the best fit possible; as a rather precise method - Least Squares Approach, which involved all data points, was used rather than conducting a simple slope formula of two points to discover a gradient.

As discussed above, while a linear function works well as a analytical approach; using technology to determine a best-fit would be better approach to discover a better fit than the original linear equation. Let us explore an alternative method of finding a function; this time using regression.

In conclusion, let us conduct one example of a modification; linear regression - on Autograph to modify our current linear function to improve the best-fit. After inputting data (see Appendix, Figure 5) Let’s conduct linear regression with the programme; which then gives us a best-fit function. Let’s see the next page for a revised linear function. 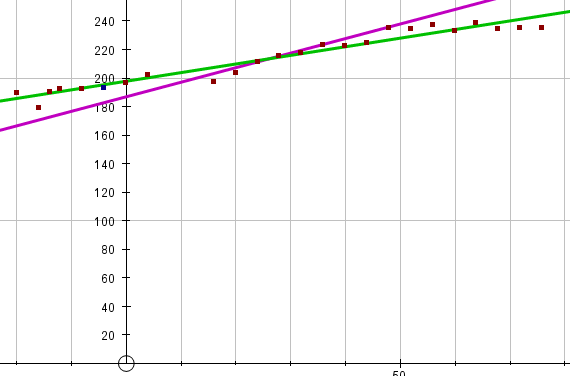 In conclusion, we can find from the data that records do not quickly increase over time, but gradually increase and may sometimes decrease due to extraneous events such as the Second World War. It was also beneficial to realize the natural limits behind real-life examples such as how high a human can naturally jump. This project also demonstrates the limitation in technology; while technology is very accurate within ranges of data that is already given; it cannot accurately predict futures within the graph and certain anomalies such as outliers in the data.

The technology used in this assessment includes but is not limited to: TI-84 calculator, AutoGraph Windows Version 3.1, Mac OS Grapher, Windows Publisher, and Microsoft Excel. 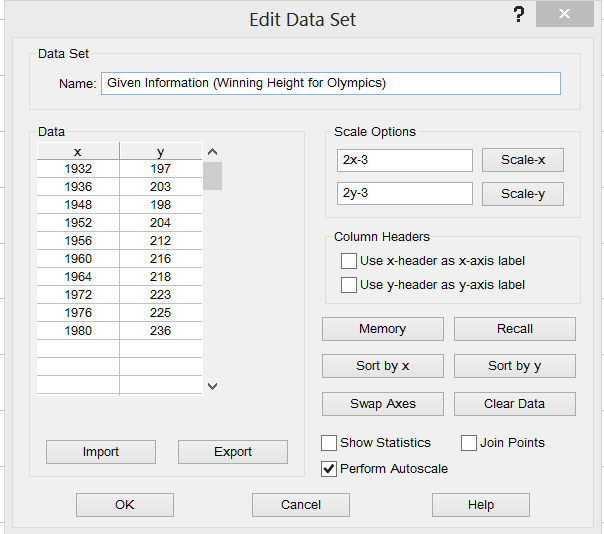 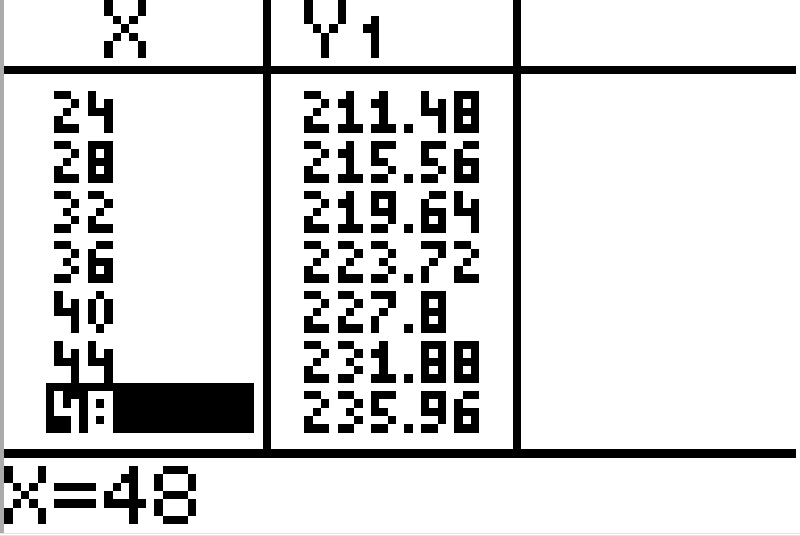 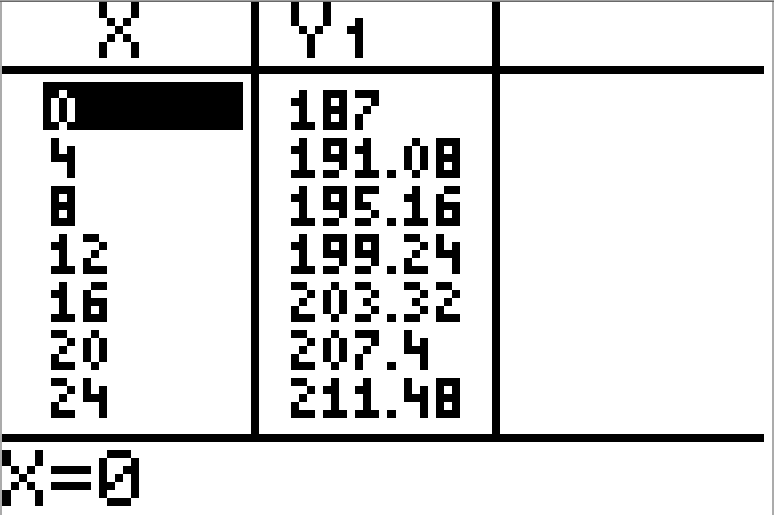 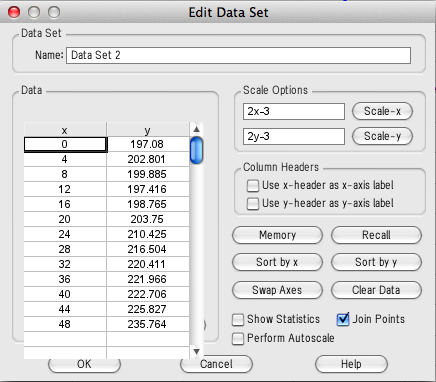 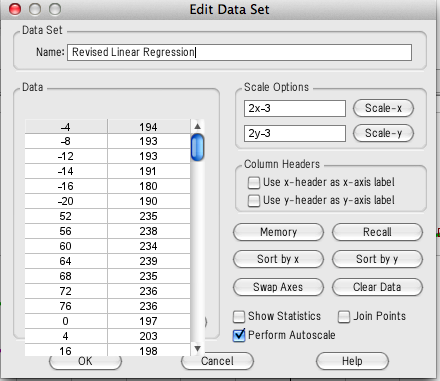