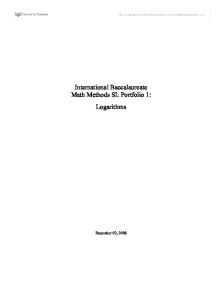 The intent of this portfolio is to explore, investigate, and model the patterns found in logarithmic functions.

In considering the first logarithm in the first sequence:

It is important to know what it represents.

By definition, a logarithm is the inverse of an exponential function.

The next expression in the series is:

This expression is more difficult to solve as easily.

However, if 8 is seen instead as:

The expression becomes easier to solve

There is a pattern in the bases of each consecutive expression.

In the first set, the base is defined as:

where n is the nth term in the sequence.

In considering the whole sequence:

Therefore, in terms 6 and 7 of all sequences, the value n must be equal to 6 and 7 respectively

The graph below represents the resulting values in sequence 1 as the exponent of the base increases. 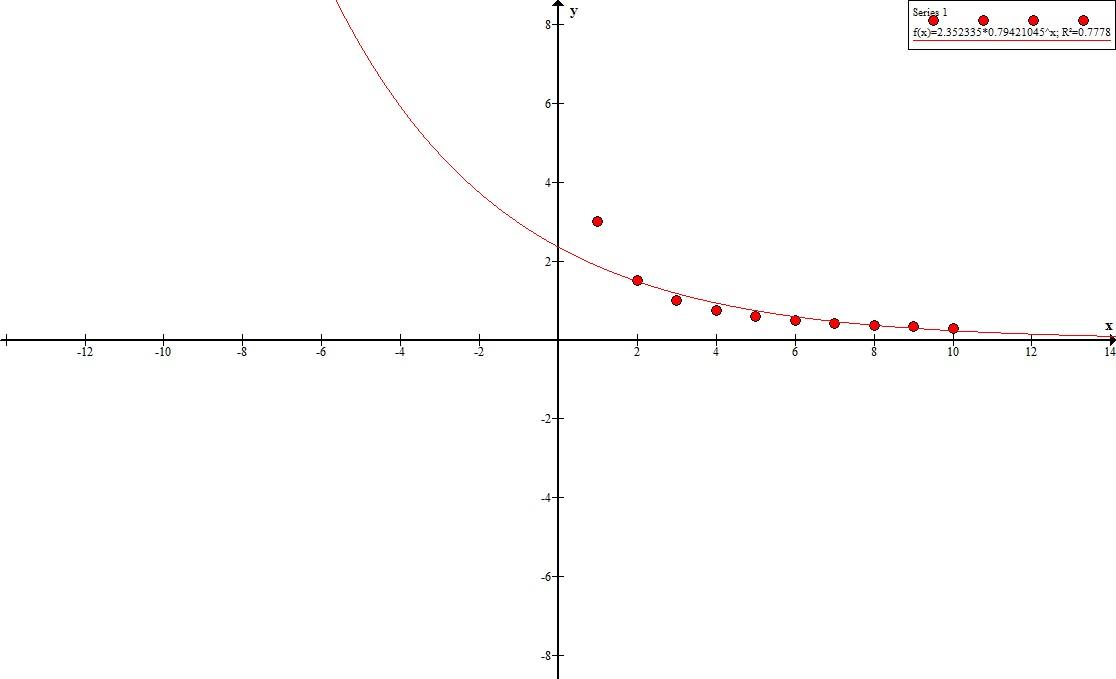 term of the sequence in terms of p/q is

It is important to look at finding the solution to the answer in a different way.

The change of base rule is generally a rule that puts the logarithmic statement into one that is expressed in base 10, so it is easily calculatable on the calculator.

The change of base rule is this:

This can easily be proved by considering the solution by definition of a logarithm.

Now, calculate the following, giving your answers in the form

Figuring out the third expression in the sequence is a matter of adding together the exponents of the base.

In the first example, the bases have a similar root-- namely, 2.

Think of the bases not as separate values, but instead as exponents of 2.

From the results above, it is easy to suspect that the third term of the sequence comes from an addition of the exponents of the bases in the two previous terms:

The same can be done with the next three sequences:

From the results above, it is seen that the exponent of the third term is the sum of the two base exponents in the terms preceding it.

Then, by taking the inverse once more, the result for the general statement can be reached:

When solving for the general statement, and testing for values of a, b, and x, using the change of base formula caused some problems:

By this thought, both x and a cannot be negative, because 10 to the power of any real number equal to a negative number. 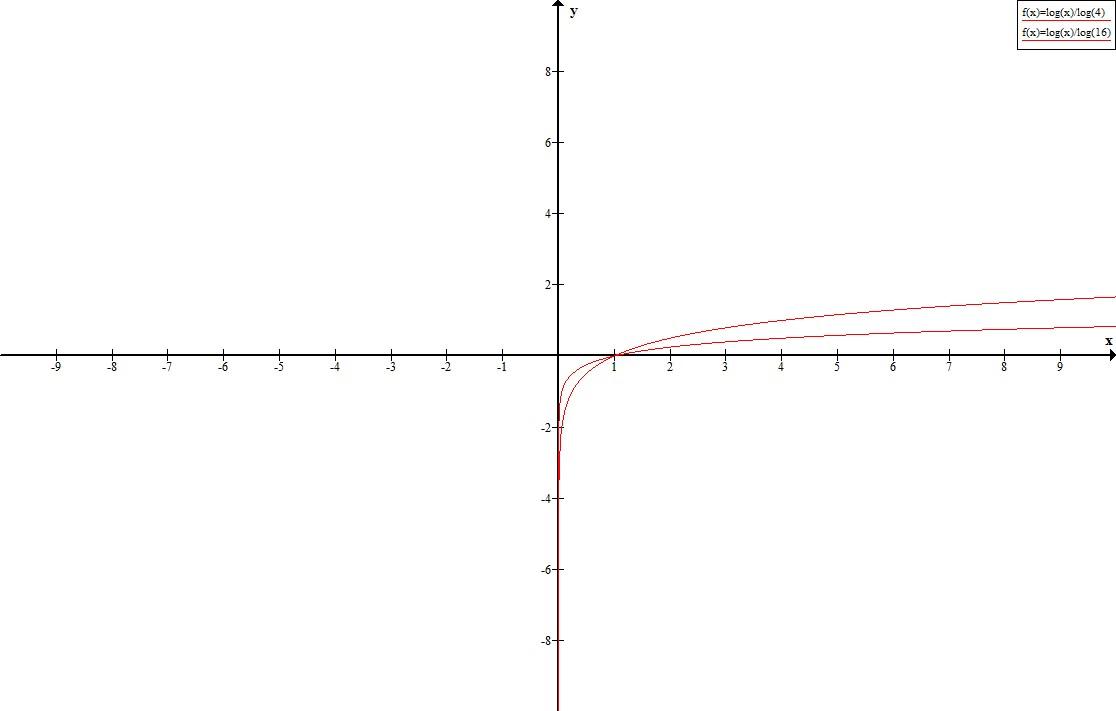 The same can be said for b:

x and b cannot be negative.

In graphing the two equations, the asymptotes and limits can be seen as to where the values do not exist.

It is seen in the graph that the x values of the graph are limited to positive values over 0.

in replacing x with 0, it is seen that the value cannot exist, because no  integer a or b, (a or b > 0) to the power of another integer (over 0) can equal a value of 0, but can approach it very closely.

The result for the general statement arrives from different methods.  In using the change of base formula as well as using a proven inverse rule, adding together two logarithms of different bases is possible.