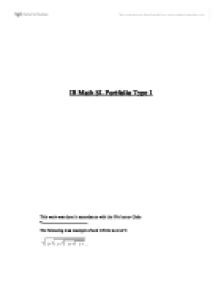 The following is as example of and infinite surd of 1:

The progression from one surd to another, can be used to formulate a pattern.

A pattern appears to form. After each consecutive term there is an additional     1 +…

added onto the previous term in the sequence.  This pattern can be utilized to invent a formula for an+1 in terms of an.

Now, using a TI–83+, the first ten terms of this sequence are as follows:

The graph of these decimal values appears as: 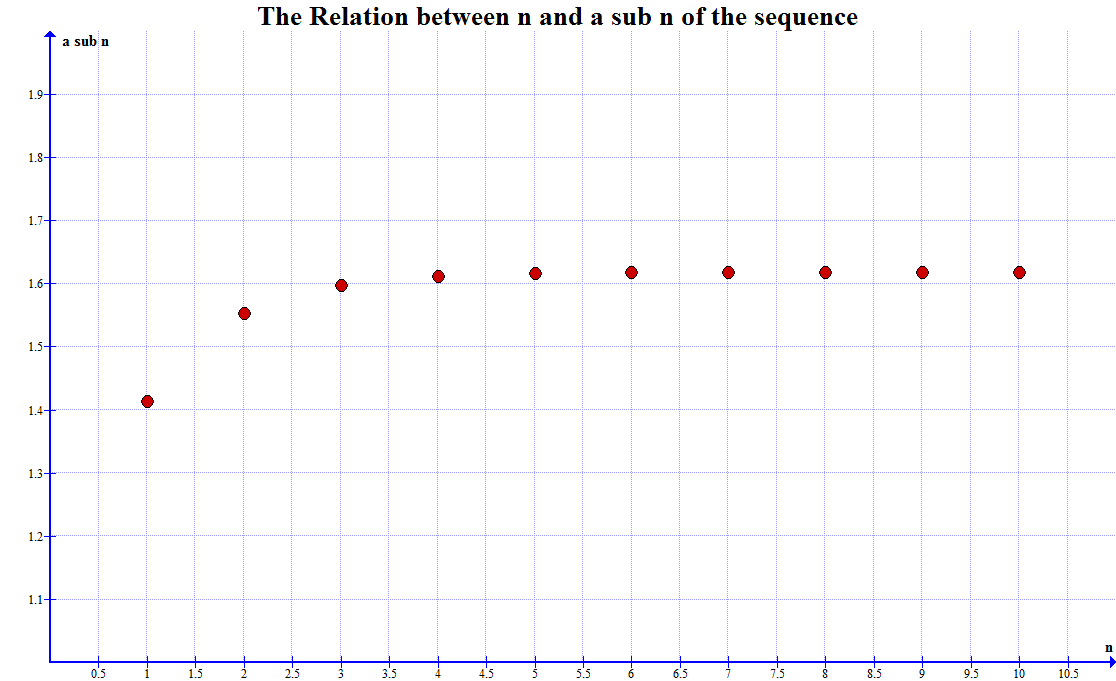 The data begins to increase by smaller increments at each consecutive n, suggesting that the data is approaching an asymptote.  As these values grow larger, they will in all likelihood not increase above the value of a10, because there already appears to be a horizontal trend by the tenth term. Analyzing the graph, one can determine that the asymptote is between the value of 6 and seven, although finding the exact value of said asymptote requires a different approach.

Given the general statement found above:

By treating the values of an+1 and an as one variable (a), an exact answer can be calculated.

The exact same pattern can be observed with this surd as the previous, with the obvious exception of the common difference,  and therefore the formulas are nearly identical.

Using the same method, the first 10 decimal values of this sequence are: 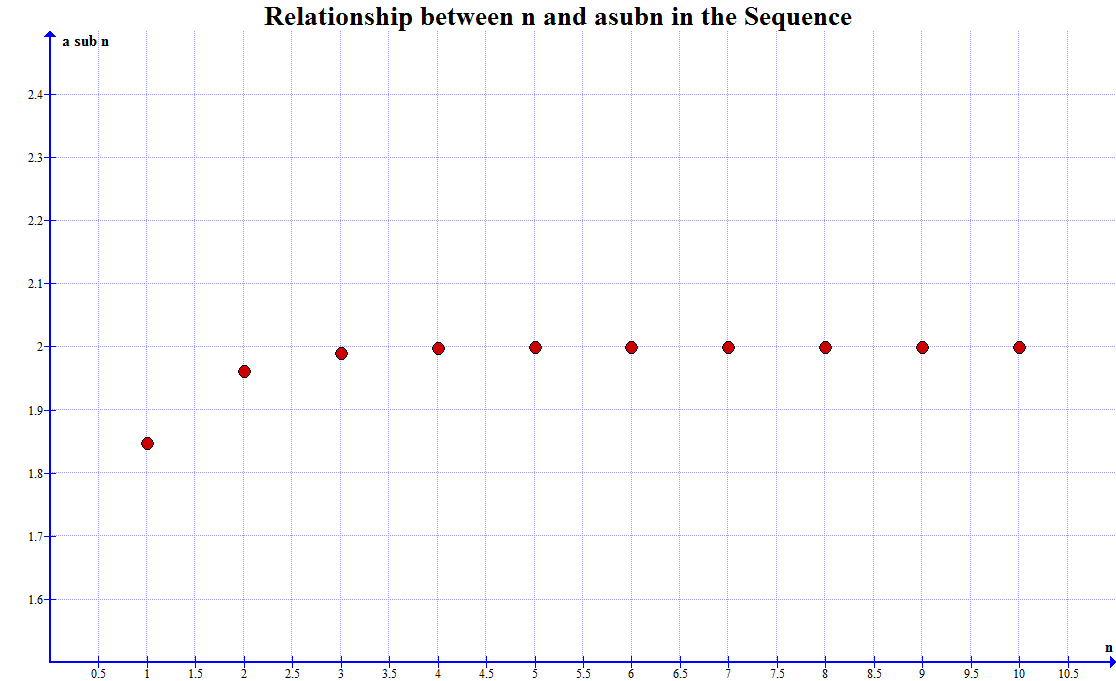 These values also appear to be approaching an asymptote.  In order to find the value of the asymptote, it the formula needs to be simplified like the previous formula.

Assign variable a to an+1 and an.

Again this can be simplified further using the quadratic equation.

This data is also all positive, and since there are no negatives that show up on the graph, the answer is undoubtedly 2.

The graph supports this. As the graph approaches 2 as can be seen by

By adding the horizontal line y=2 into the graph, the asymptote can be viewed along side the data points, giving a visual representation to the answer described above. 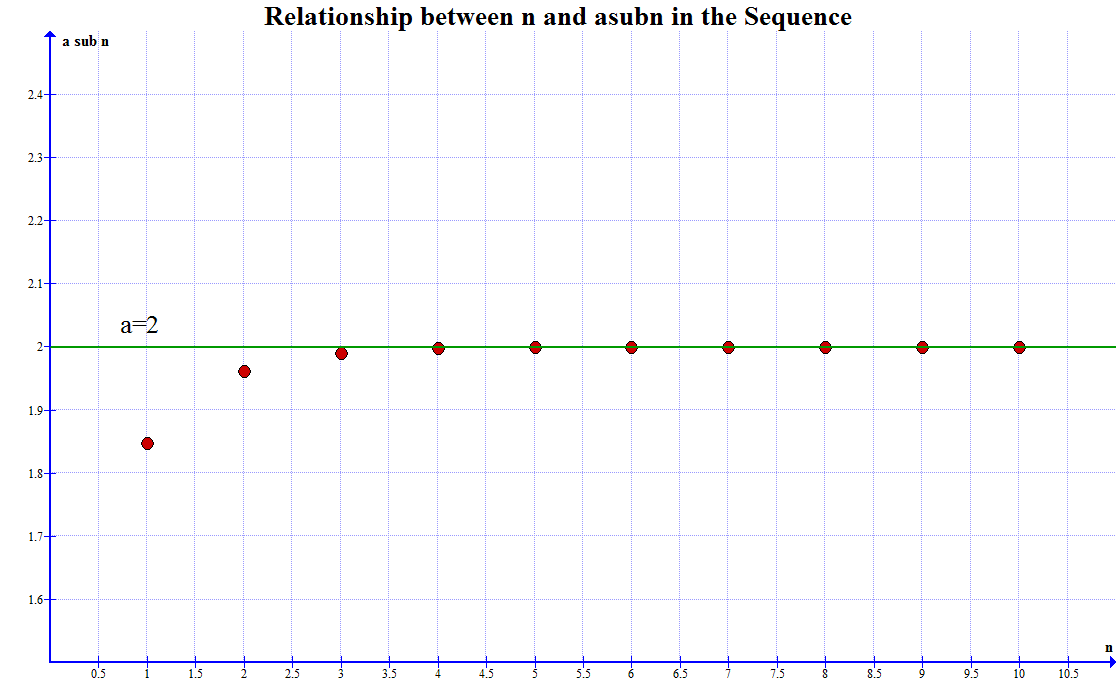 an+1 = (k+  an)1/2 . Other than this rather general and unimportant limitation, the equation should work regardless of the numerical values plugged into it, as both high and low values were used in the testing of the validity of the statement. Thus, in order to find the value of k when the value of the surd is equal to some integer, simply multiply that integer by the same integer subtracted by one.

I arrived at this general statement through the help of the internet and the use of deductive reasoning. Using the website Math Help Forum, I saw some examples of some basic solutions of infinite surds. From these basic solutions, through intense deductive reasoning, I arrived at the general statement arrived before. It was essentially guess and check until I found a formula that worked. I came up with several other equations to represent this general statement, but unfortunately none of them worked. The statement above is the only one I could feasibly find that worked under every circumstance I threw at it.