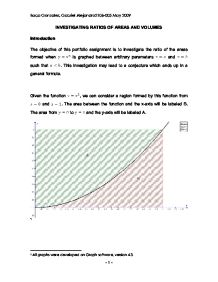 Investigating ratios of areas and volumes

INVESTIGATING RATIOS OF AREAS AND VOLUMES

is graphed between arbitrary parameters

. This investigation may lead to a conjecture which ends up in a general formula.

, we can consider a region formed by this function from

. The area between the function and the x-axis will be labeled B. The area from

and the y-axis will be labeled A. 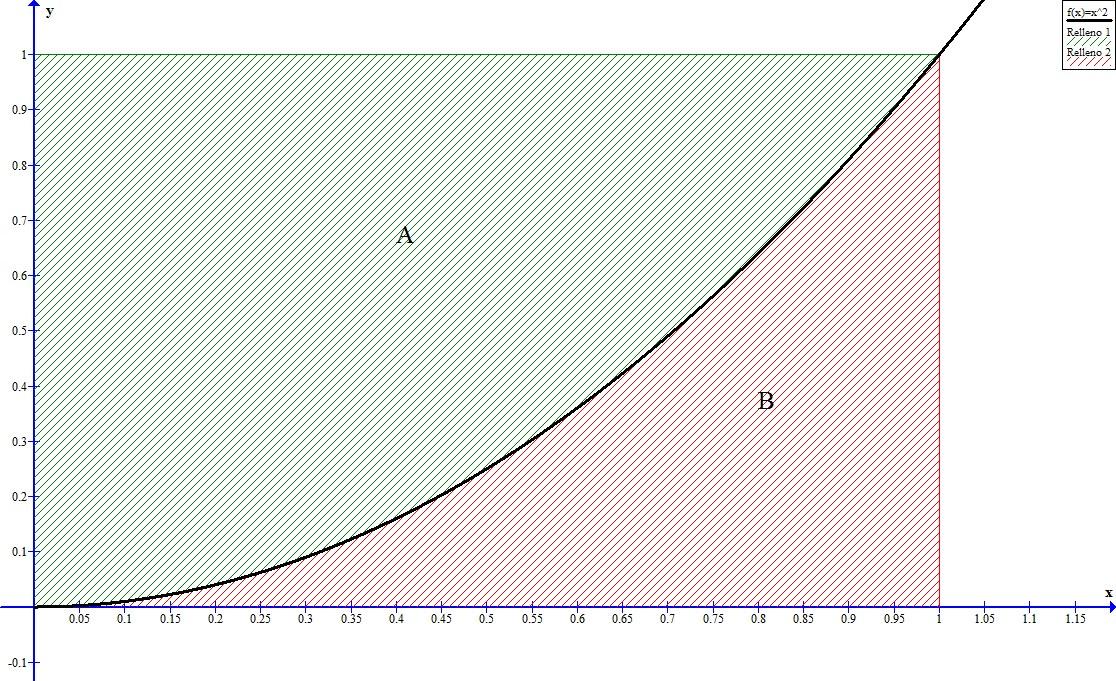 . To find the area to the y-axis the formula used is

The area between the function and the x-axis is given by:

Therefore area of B is equal to

, the inverse would be

Therefore, the ratio of the areas A and B in the function 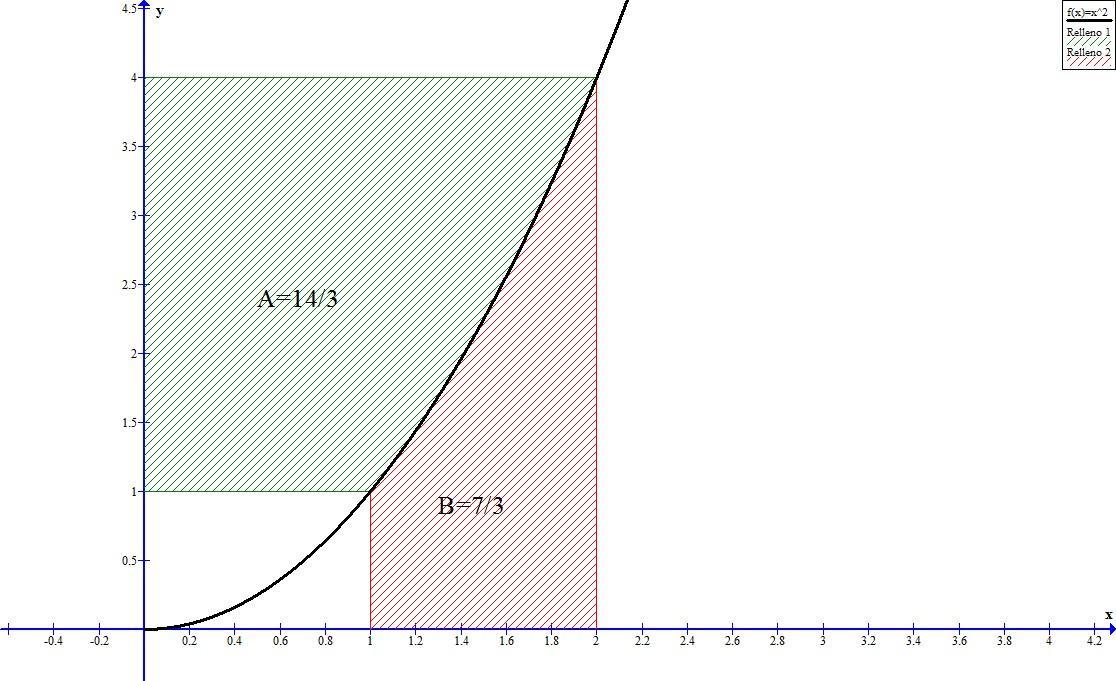 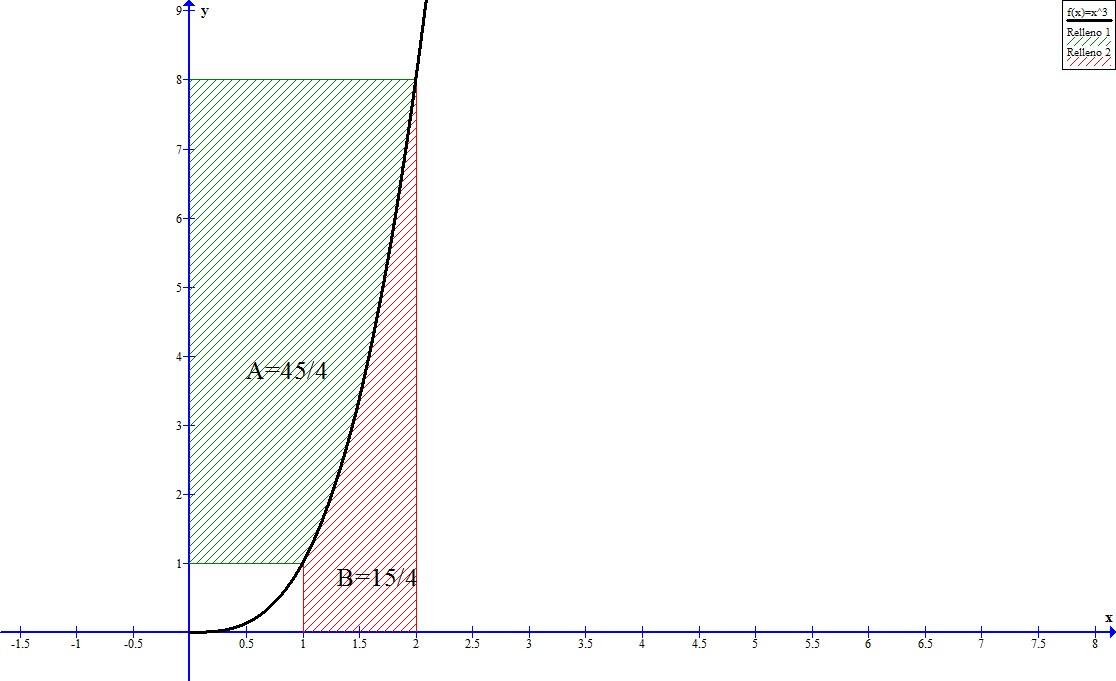 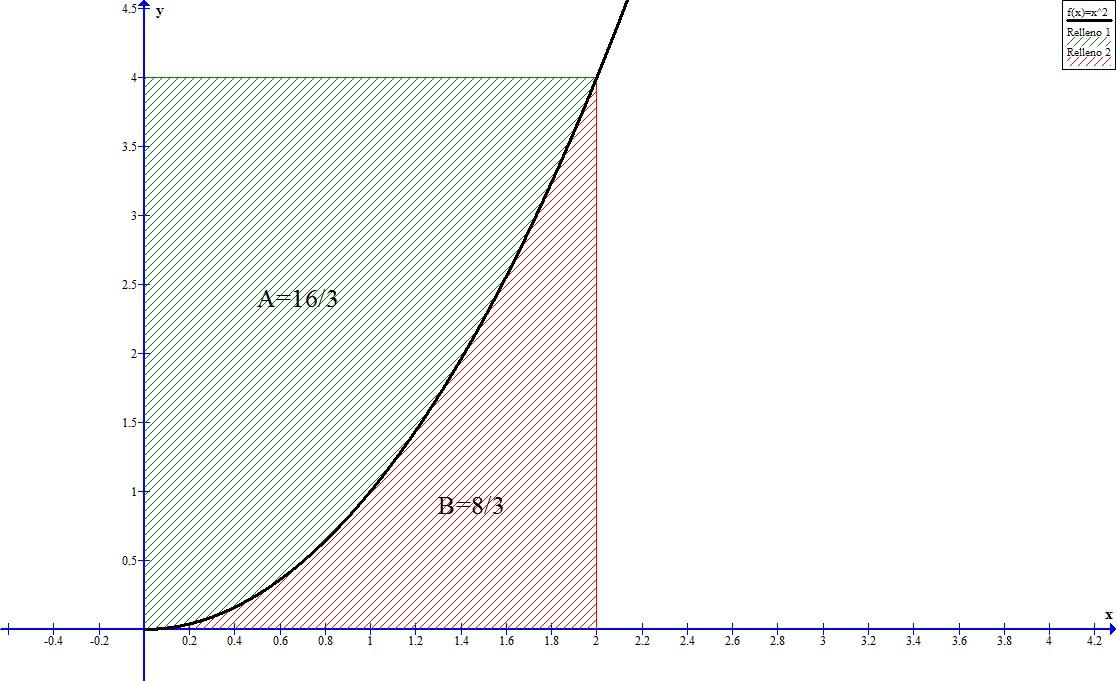 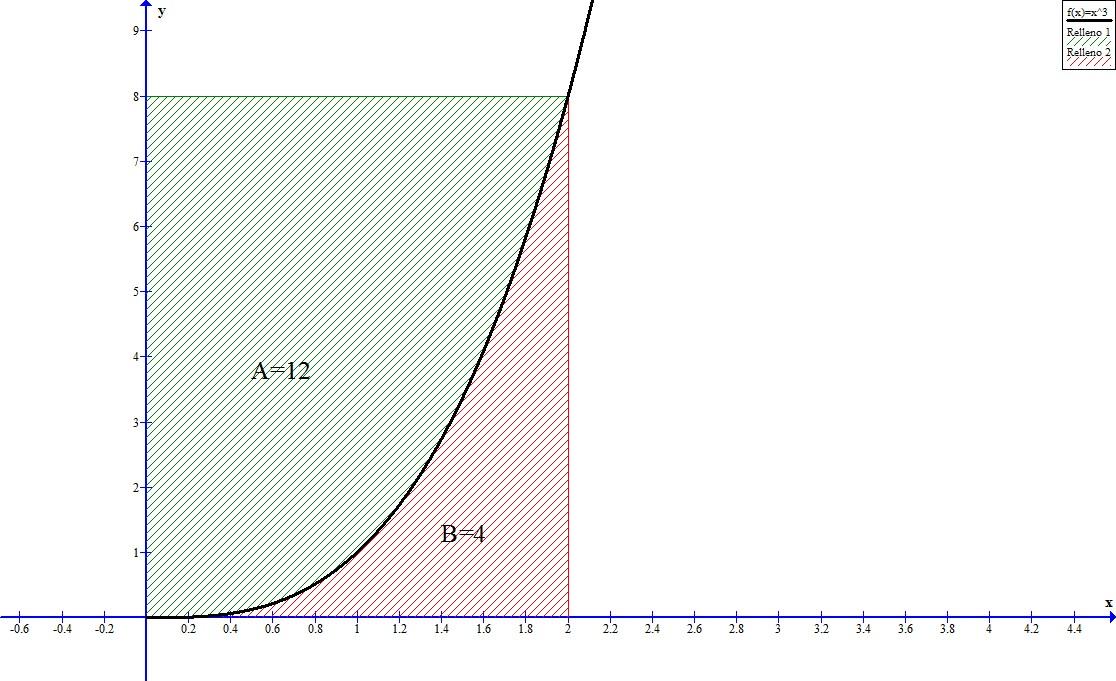 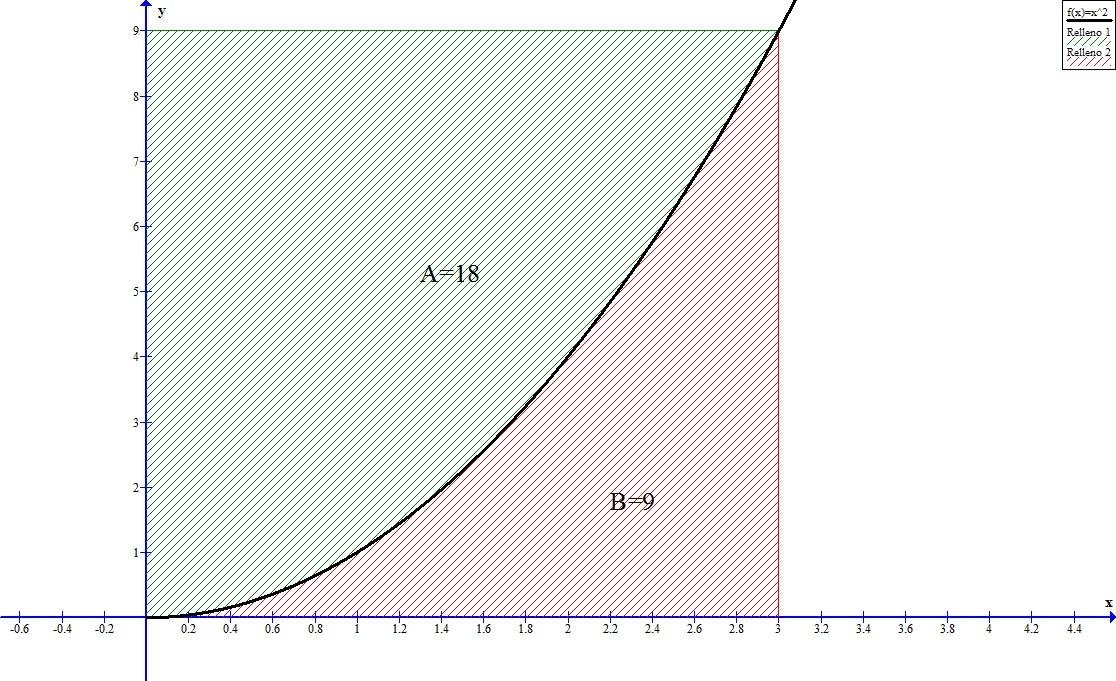 For this section, the area of A was given by the inverse of the formula so that if

is equal to B,

is equal to A. Therefore, based in the results of the table, the conjecture remains as n:1.

The conjecture is true for the general case

and for the following regions:

For example, when getting the area B from

is necessary to use

. So, to find the area of the curve to the y-axis (area A) it is necessary to alter the limits so that they are

Until now the investigation has been working with ratios of areas; but what happens when dealing with volumes? In this final section, I will

Let’s prove the conjecture with a random example:

So, by the use of the formula the result would be this:

And by the using of the conjecture, the result gives this:

Therefore, the conjecture for volumes of revolution generated by region B to the x-axis is correct.

Now, is there a general formula for ratios of volumes of revolution generated by region A to the y-axis?

Foe the development of this conjecture, I will use the same examples used before to find a conjecture for the x-axis. 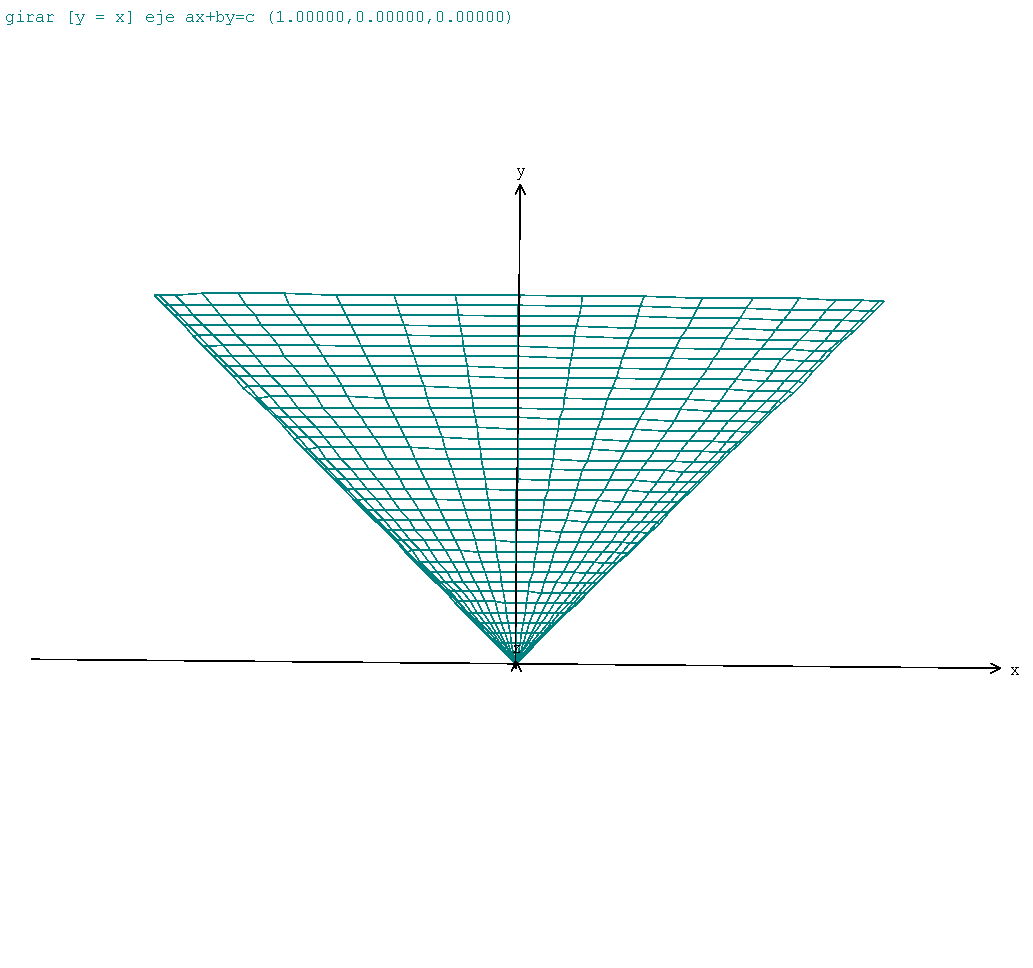 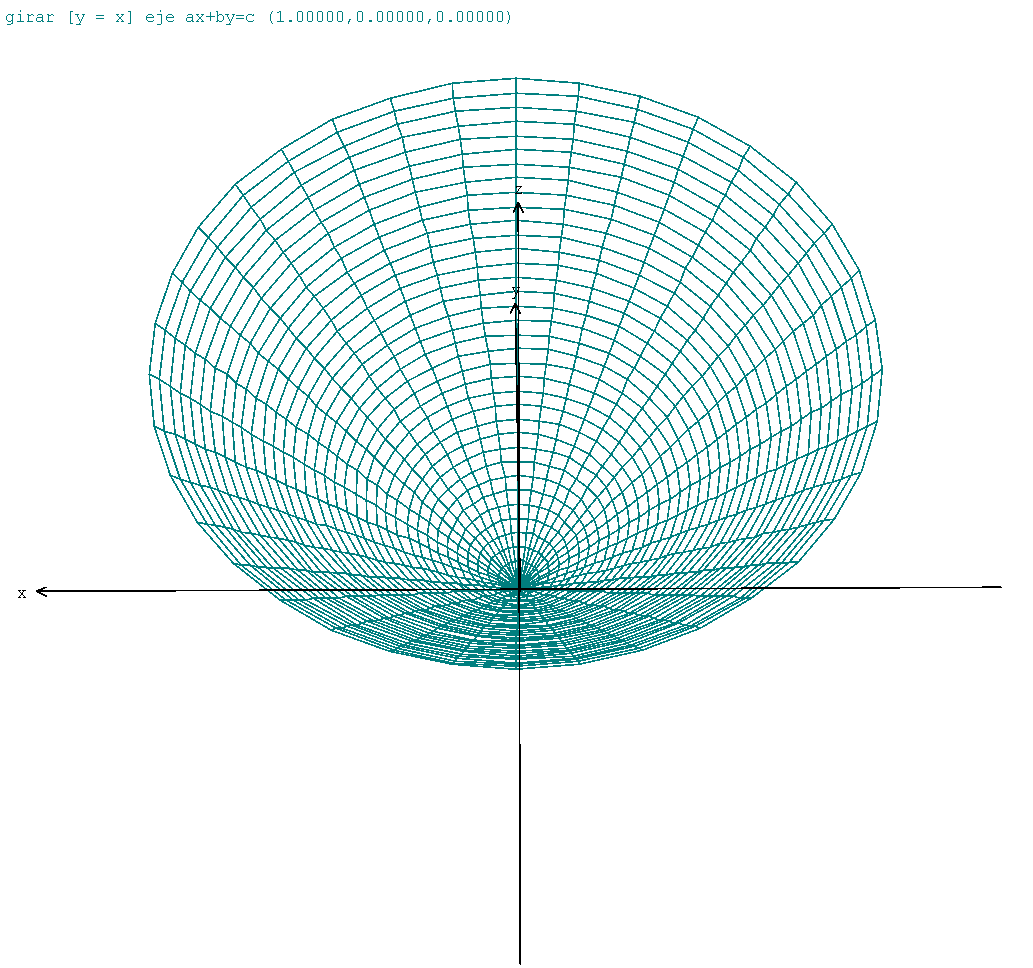 So, as we can see the area now rotates around the y-axis, as the region A is the one that it is spinning now. 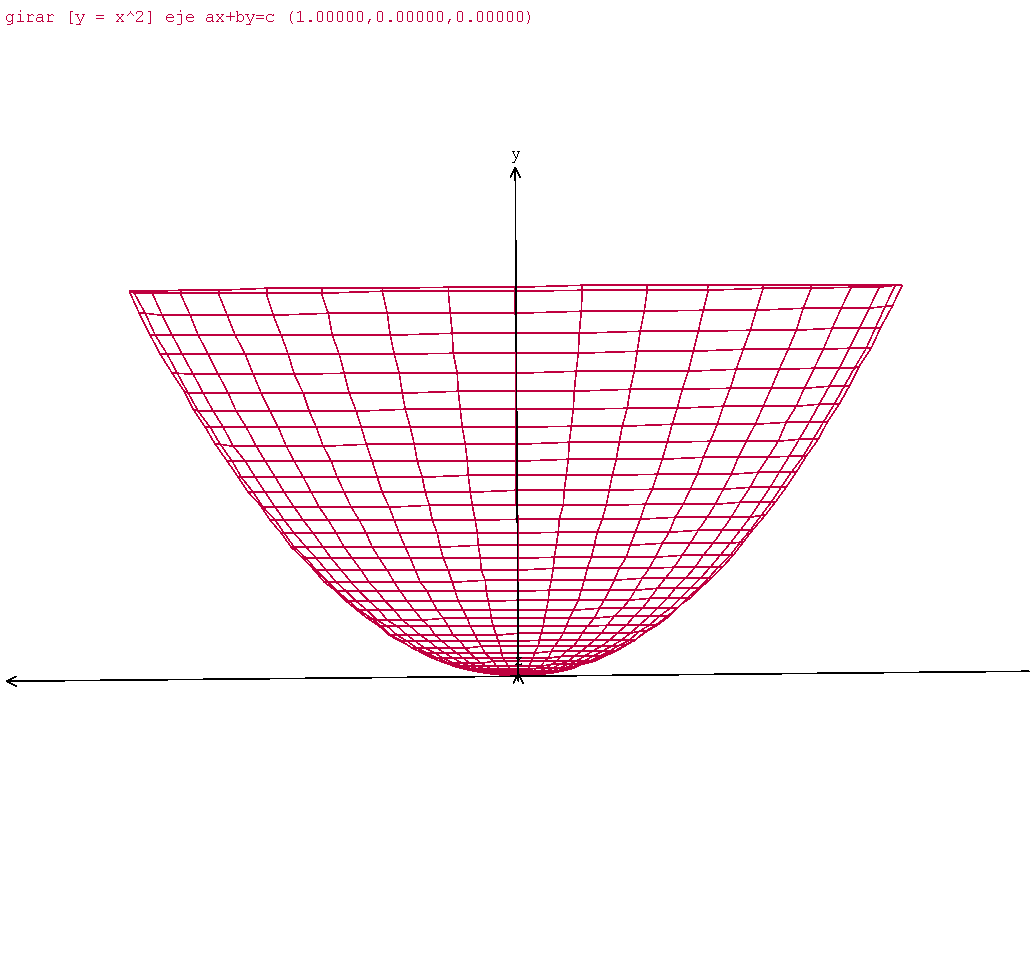 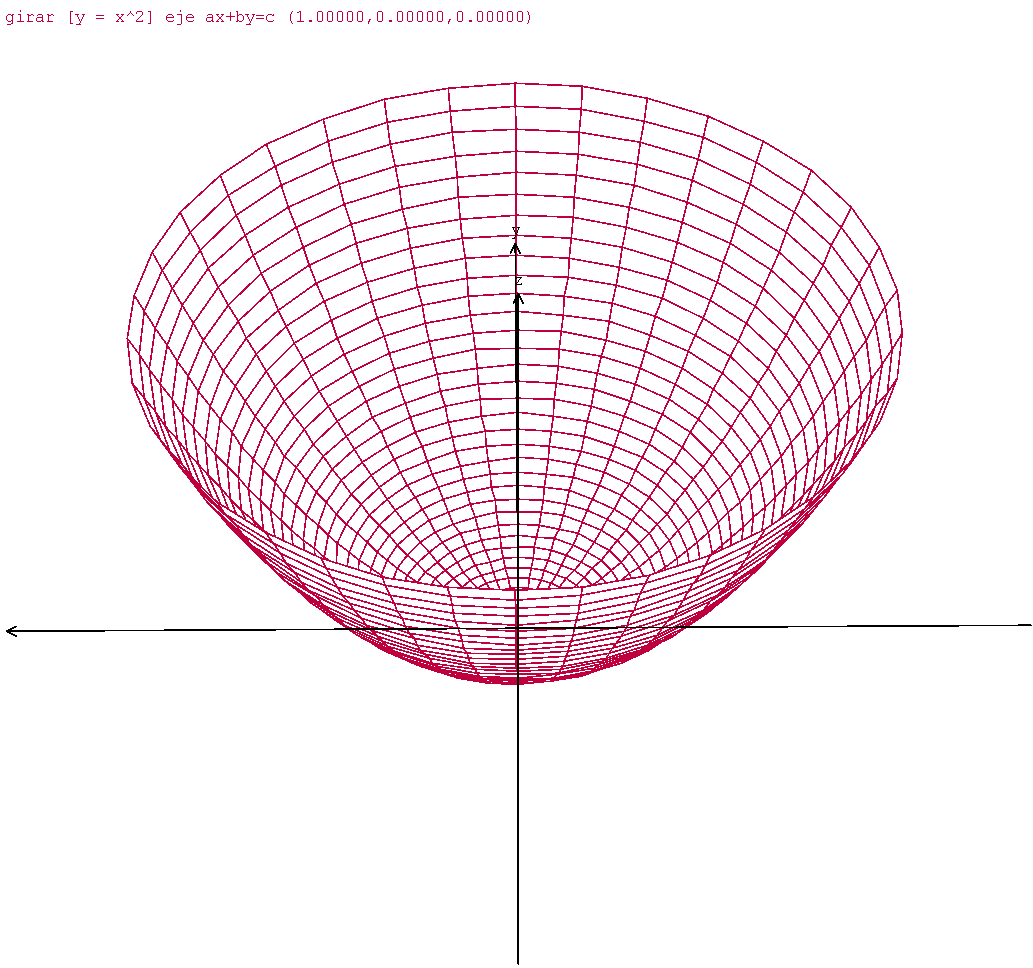 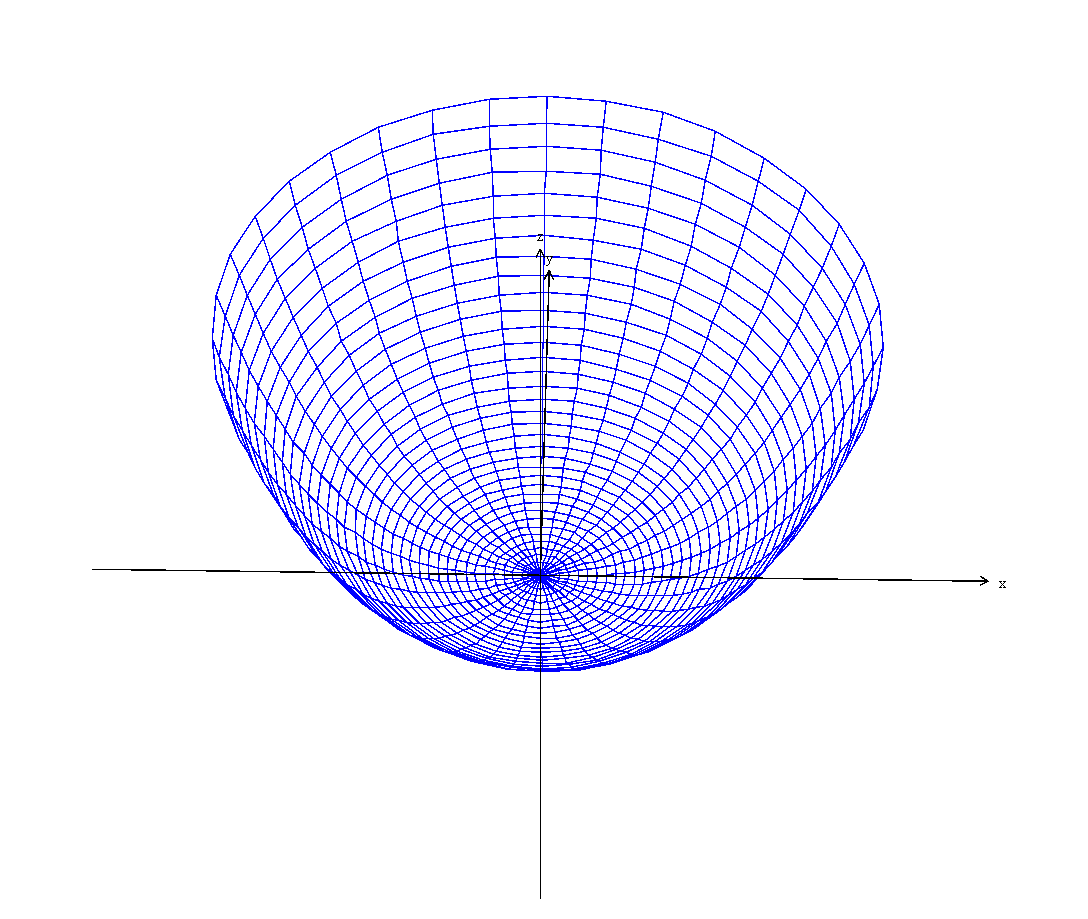 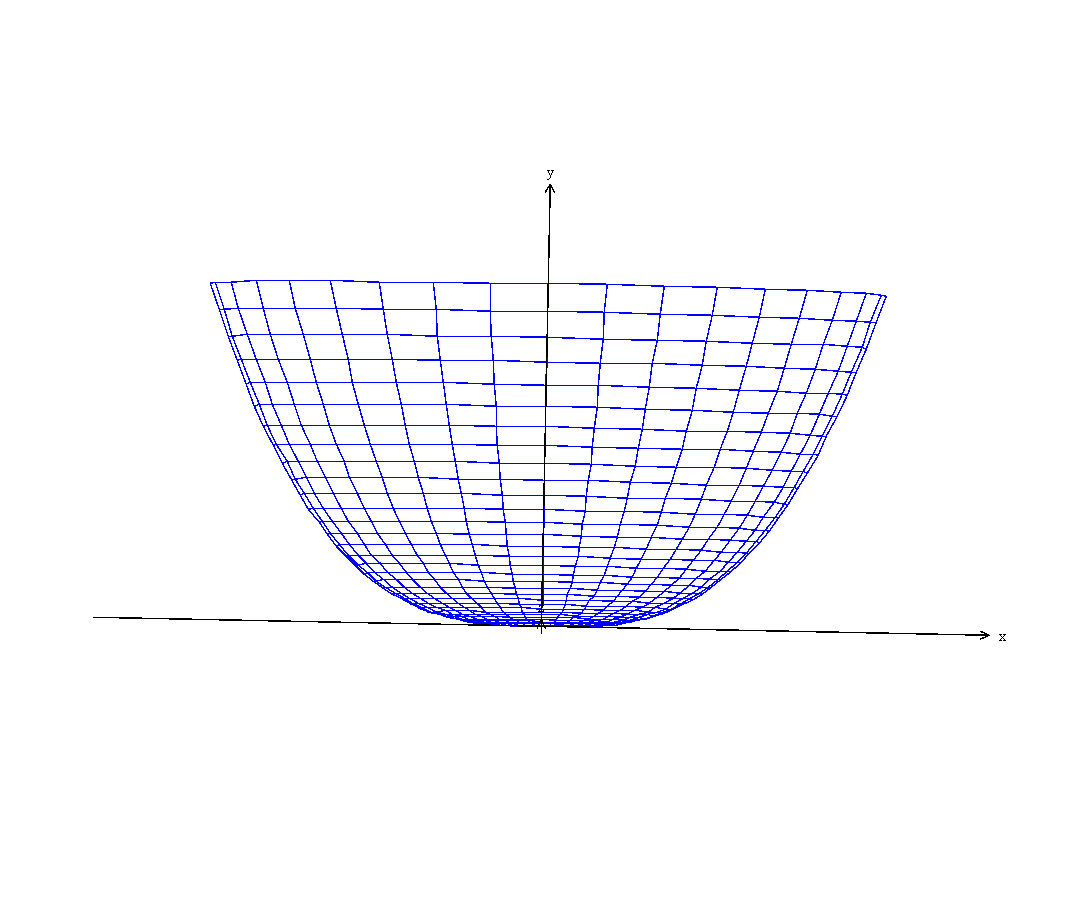 As it may be observed, as the power of the function is increased, the volume gets wider. This is opposed to the volume of revolution formed to the x-axis, which gets narrower when the exponent increases. Those two situations are connected, as when the volume of y gets wider, limits the space of the other volume and vice versa. 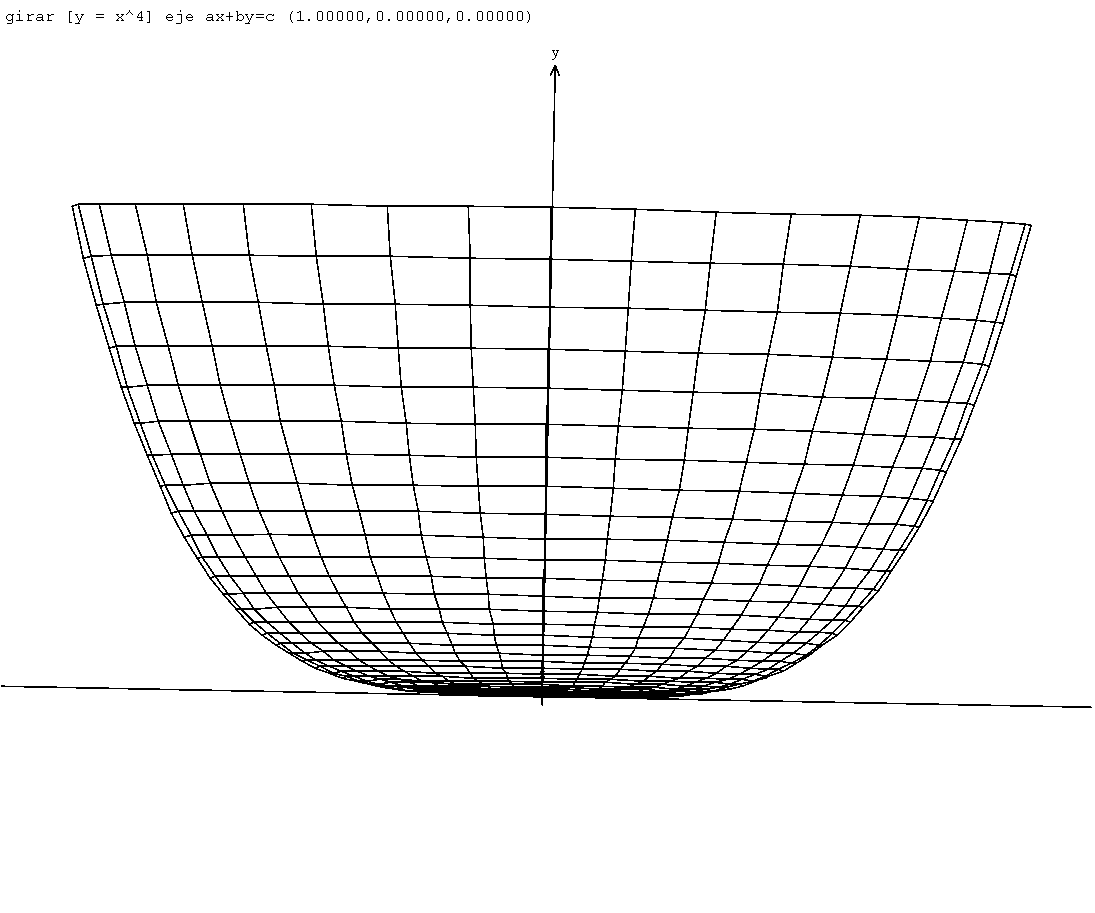 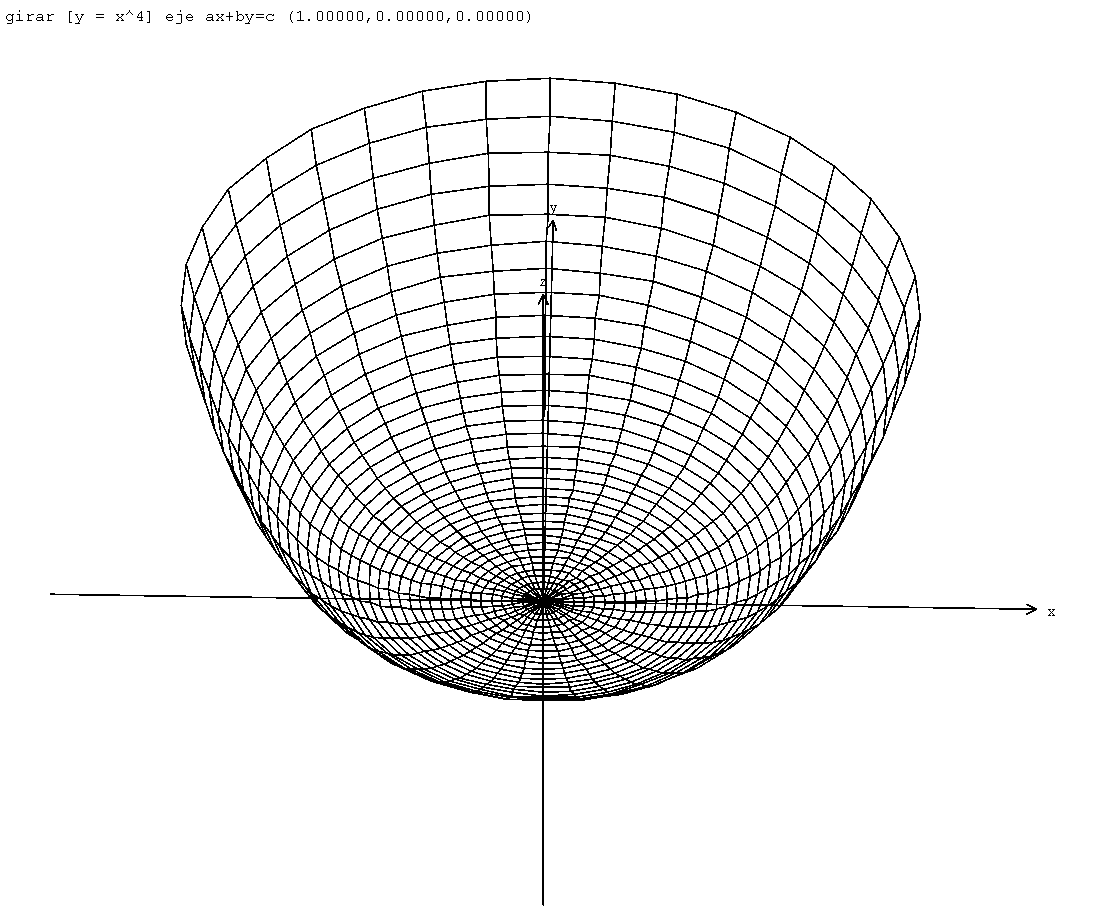 Now, the limits of the examples will be changed. 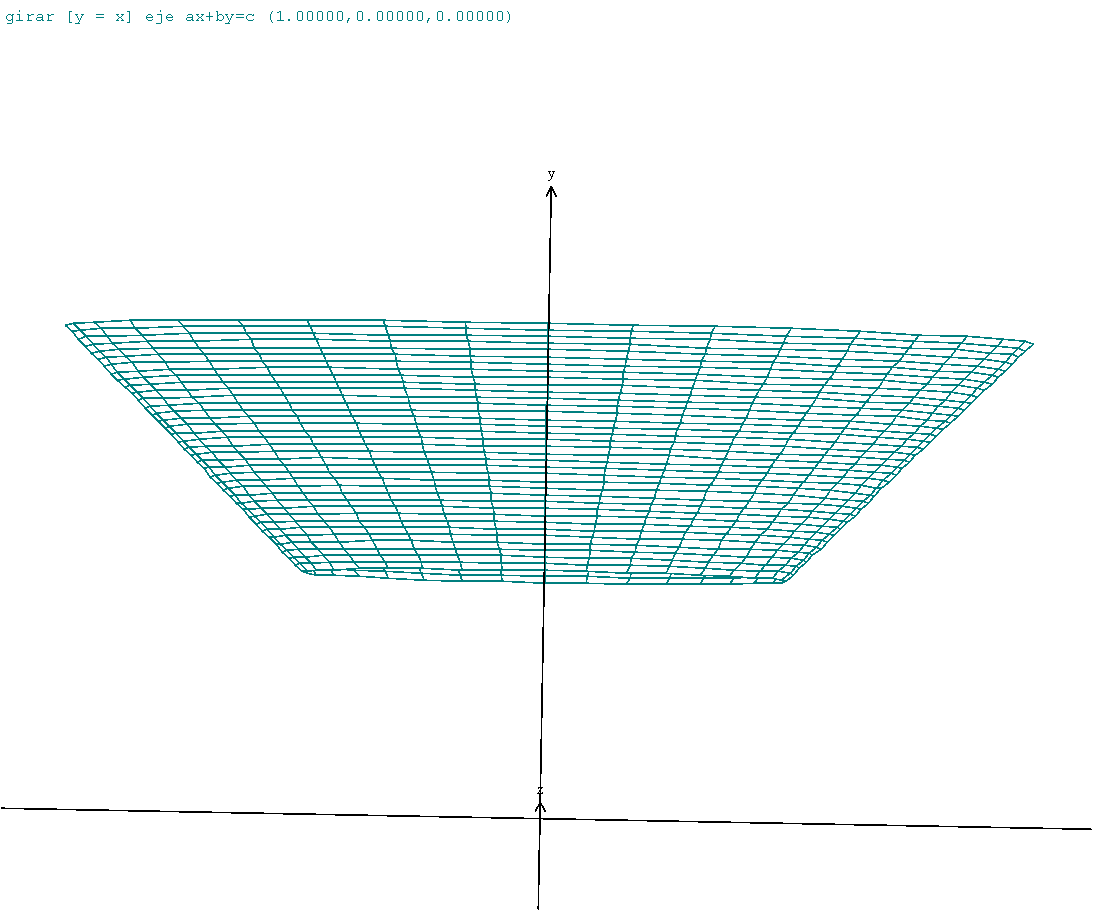 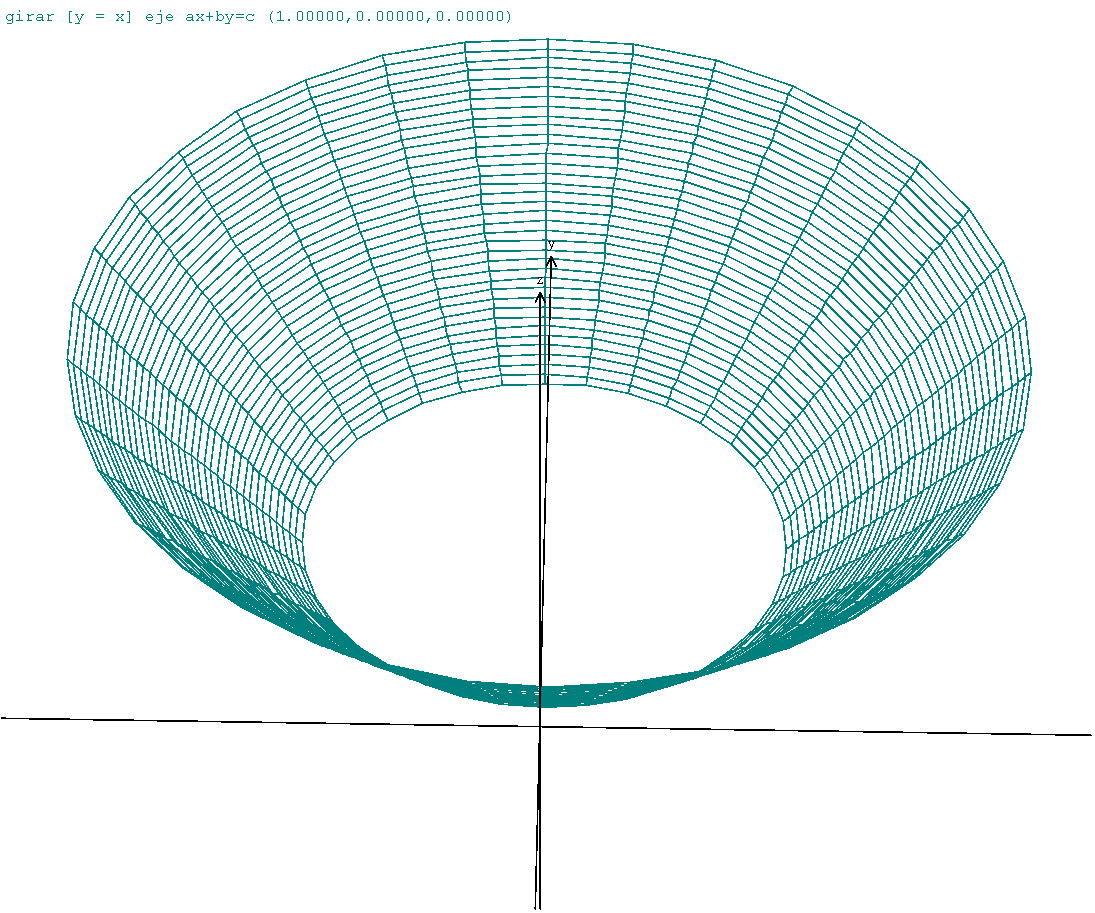 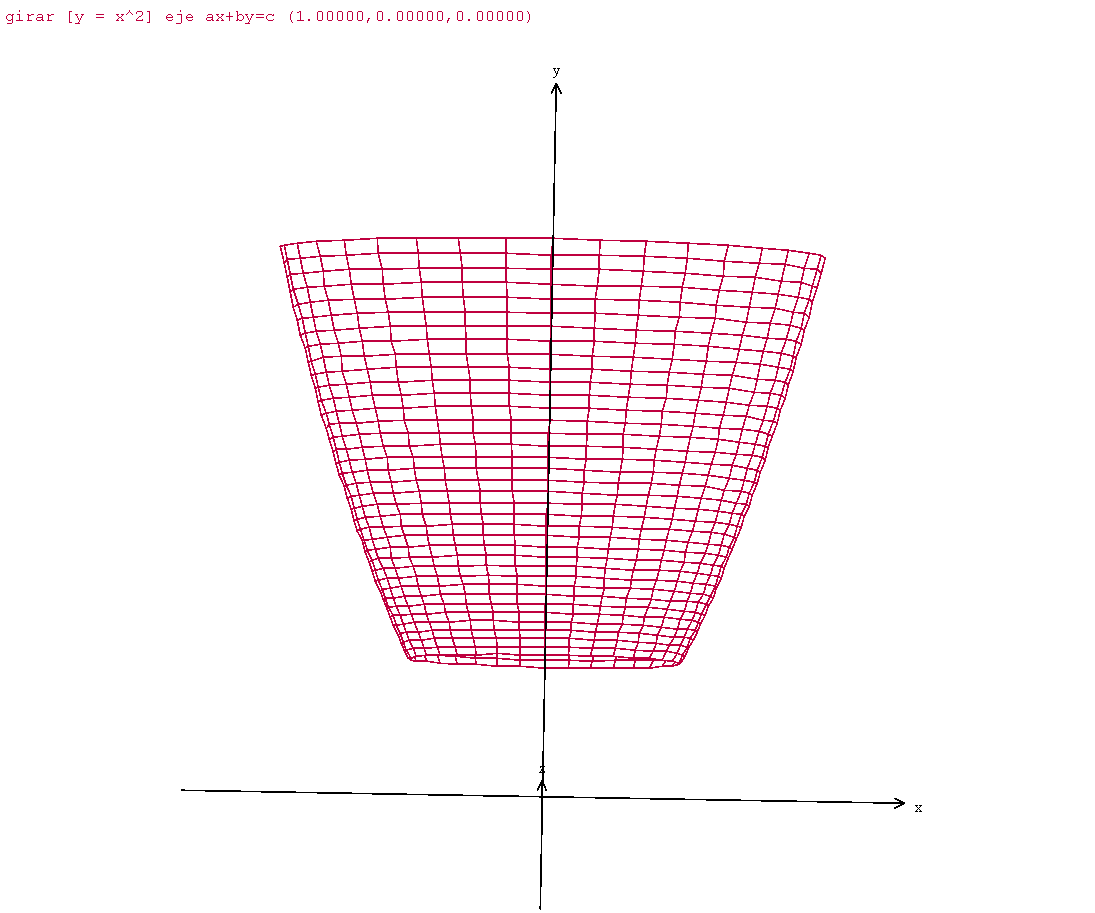 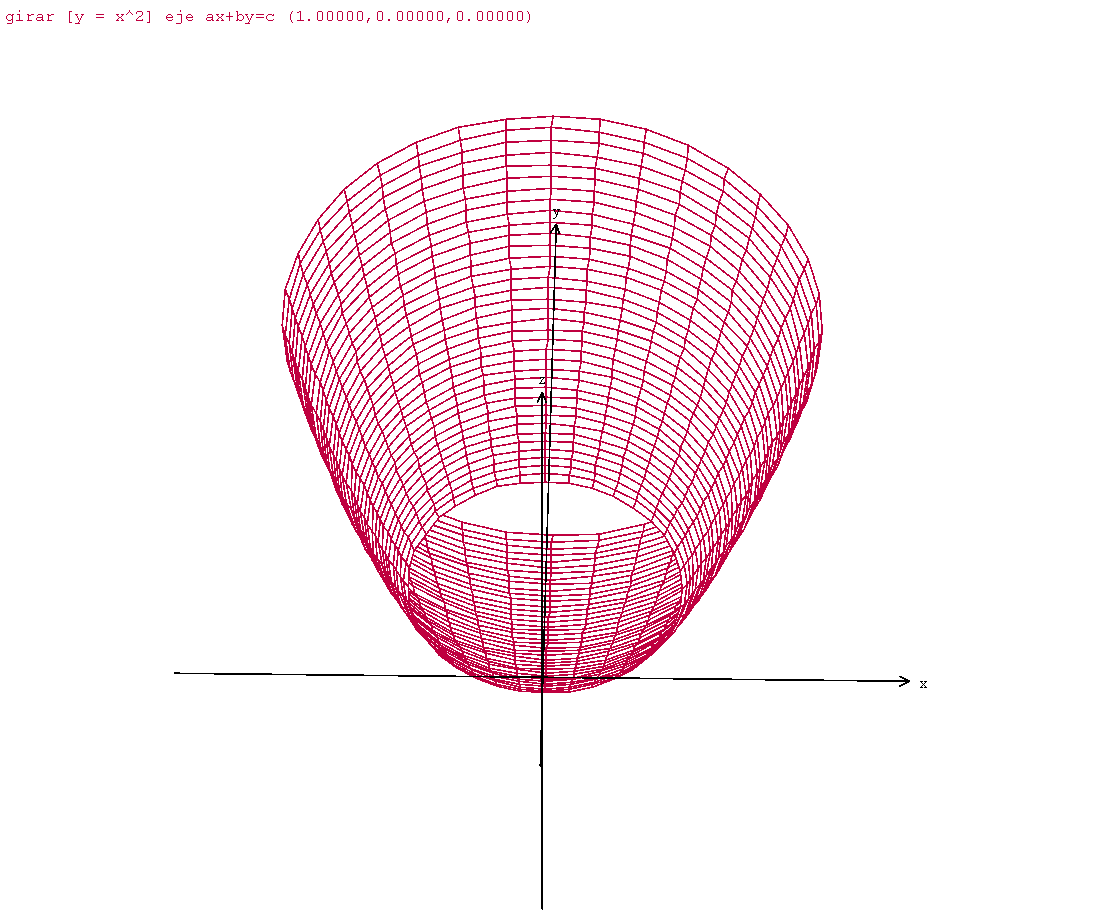 [1] All graphs were developed on Graph software, version 4.3.

[2] Plotting for volumes of revolution was graphed on Winplot.