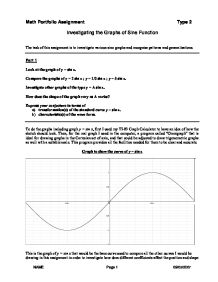 Investigating the Graphs of Sine Function.

Investigating the Graphs of Sine Function

The task of this assignment is to investigate various sine graphs and recognise patterns and generalisations.

Investigate other graphs of the type y = A sin x.

How does the shape of the graph vary as A varies?

To do the graphs including graph y = sin x, first I used my TI-83 Graph Calculator to have an idea of how the sketch should look. Then, for the real graph I used in the computer, a program called “Omnigraph” that is ideal for drawing graphs in the Cartesian set of axis, and that could be adjusted to draw trigonometric graphs as well with a suitable scale. This program provides all the facilities needed for them to be clear and accurate.

Graph to show the curve of y = sin x 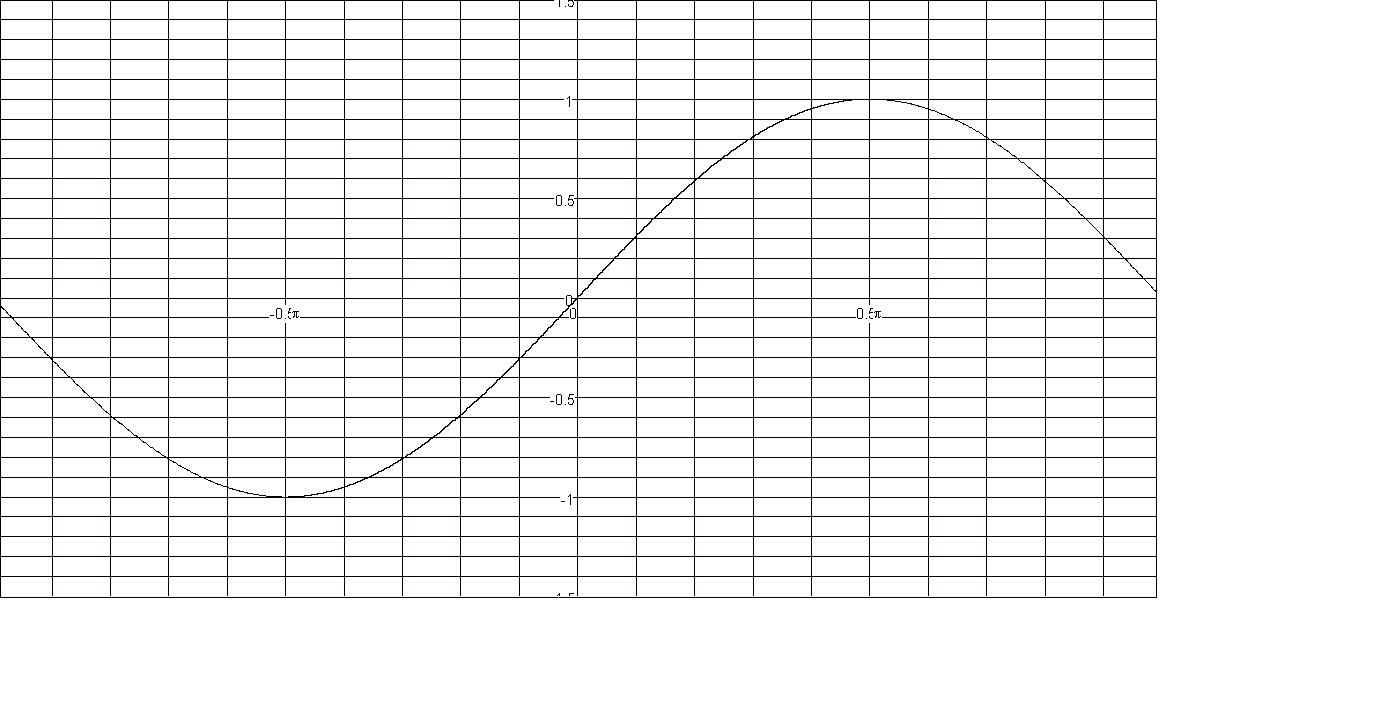 This is the graph of y = sin x that would be the base curve used to compare all the other curves I would be drawing in this assignment in order to investigate how does different coefficients affect the position and shape of the sine graph. I am asked to compare y = sinx

The graph below shows three waves where B has been varied in order to investigate how this change affects the wave’s position and shape. 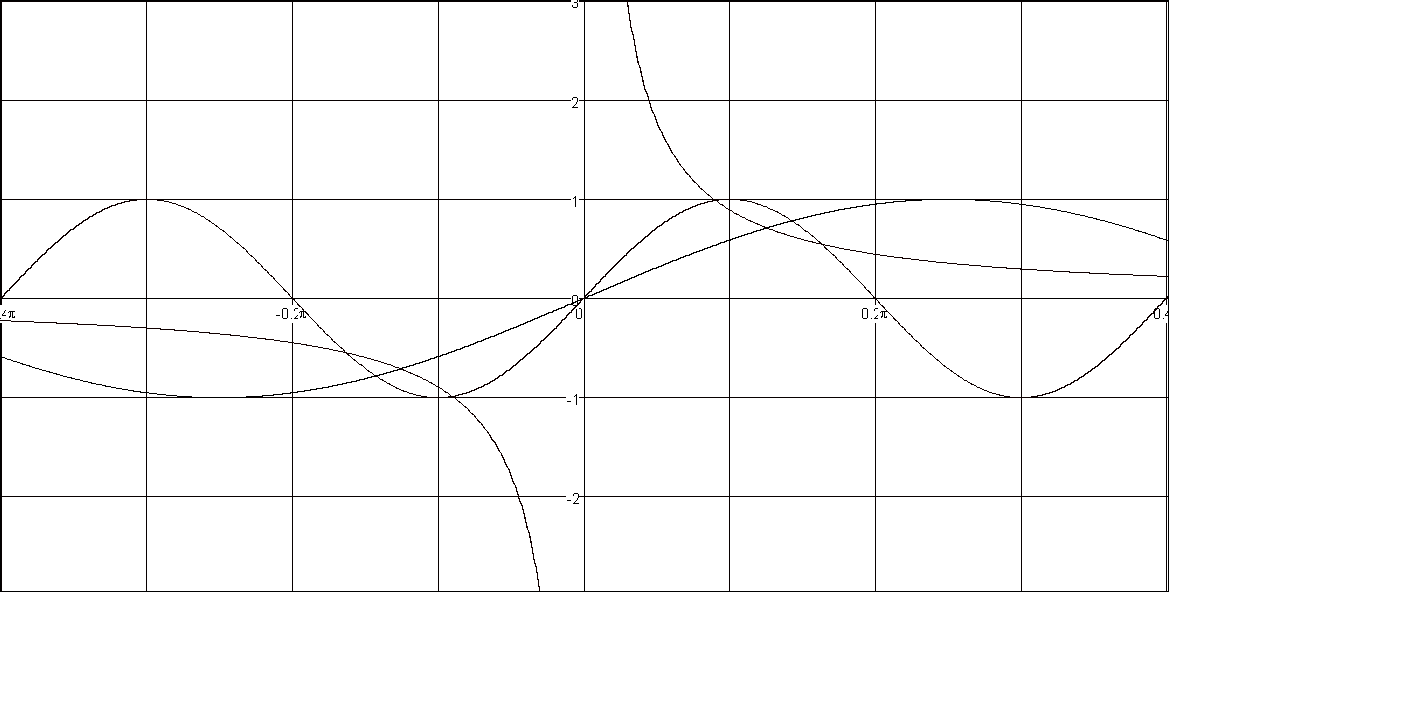 In order to investigate what is the effect of B on the y = sin x curve, the graph above has to be compared with the first graph of this assignment, the base graph of y = sin x. It can be noticed that B affects the period of the wave. When varying B, it can be noticed that the wave’s period is B times as short as the base wave’s period. In other words, the inverse of B (1/B) is equal to the base wave talking in period terms.

d, then the period will be d times as long as the one in the base graph of y = sin x. C being a fraction is only a very little angle, the movement will be to the same direction, but almost insignificant as the number is so little.

What is the relationship between these functions?

Part 5 is to compare and contrast the graph of sine and cosine. 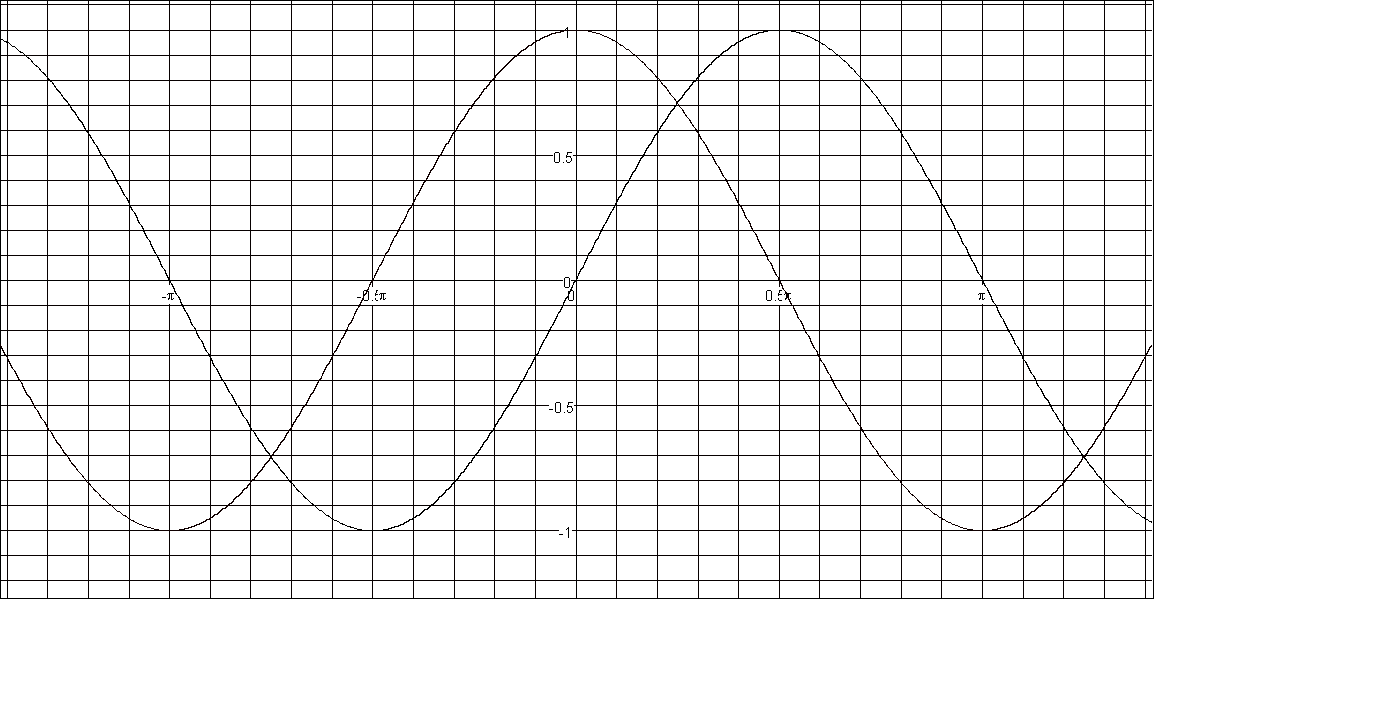 It can be noticed that both waves have the same amplitude and period, but a different position. It seems as if y = sin x has been added 180º to the x, so there has been a translation along the x axis of the vector    180

To extend this investigation, and prove that it happens in every single graph of sine and cosine because all of them have the same characteristics, I am going to draw a graph showing this. 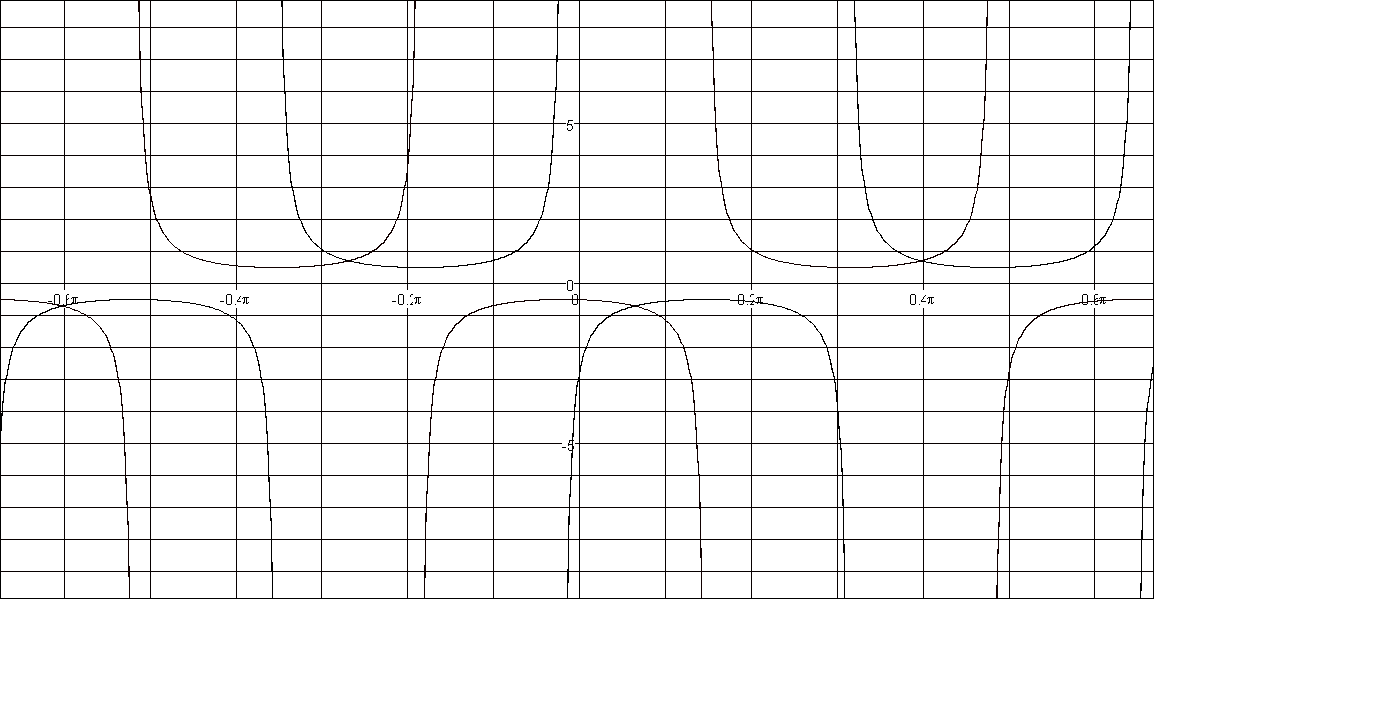 This graph proves what it was stated before as it can be clearly noticed that both waves have the same shape which includes amplitude and period, but the only that changes is position by 180º, or in other words, by a translation of  180