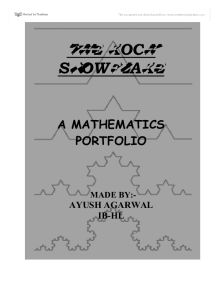 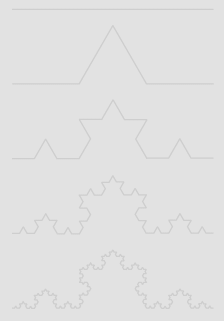 The Koch Snowflake was created by the Swedish mathematician Niels Fabian Helge von Koch. In his 1904 paper entitled "Sur une courbe continue sans tangente, obtenue par une construction géométrique élémentaire" he used the Koch Snowflake to show that it is possible to have figures that are continuous everywhere but differentiable nowhere.

In order to reach the Koch snowflake, we need to start with a Koch curve. A Koch curve is a straight line which is divided into three parts and an equilateral triangle is constructed keeping the base as the middle part of the divided line segment. 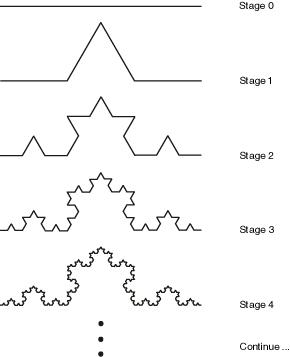 Finally, the base is removed which gives us the first iteration of the Koch curve (as shown in the figure above). 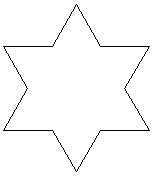 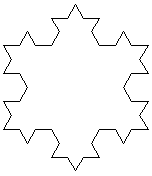 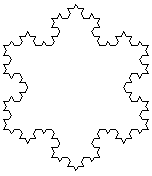 Thus, the generalizations for Ln made above apply consistently to sets of values produced in the table and it also satisfies the graph above.

Perimeter of the Koch Snowflake

To find the perimeter of any polygon, the easiest and the most convenient method is to multiply the number of the sides of the given polygon with the length of one side as the snowflake is a sort of a regular polygon. The same is the case of the koch snowflake. If we multiply the number of sides (Nn) with the length of one side (Ln), we would obtain the perimeter of the snowflake at every stage. With the help of this concept, we arrive at deriving a general formula to find the perimeter which is –

Now here, we can again observe that the perimeter can also be found out using the method of geometric progression. The perimeter of the koch snowflake, like its number of sides (Nn) and the the length if one side (Ln), follows a geometric pattern which can be written in the following way –

Thus, the generalizations for Pn

From equation 1, we get

Thus, I have proved my general formula for the area of the Koch snowflake through induction.

Now that I have finished this extensively researched portfolio, I have actually got inspired to know more about this project of mine and I am sure that you will also, after reading my portfolio, get the surge to know more about the Koch snowflake. After finishing this portfolio I was so inspired that I searched on the internet for figures similar to the Koch Snowflake and have found several figures such as the Koch Antisnowflake, the Exterior Snowflake, the Pentaflake and the Sierpinski Curve. Finally, I hope that you like my portfolio and enjoy reading it. 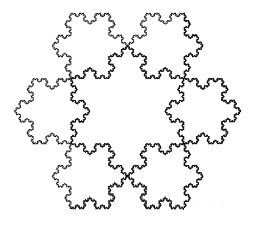 Some beautiful tillings can be made with iterations towards the Koch Snowflake. 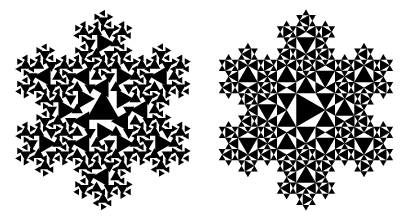 Some beautiful modifications of the Koch Snowflake involving the constituent triangles with filled-in triangles inscribed, rotated at some angles. 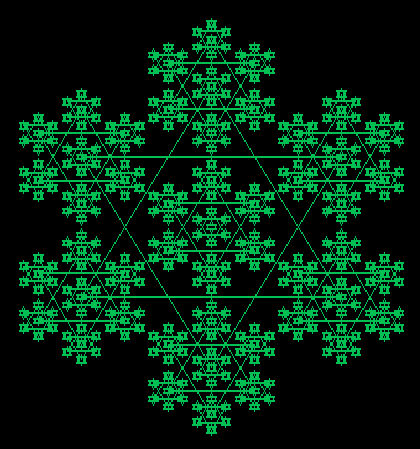 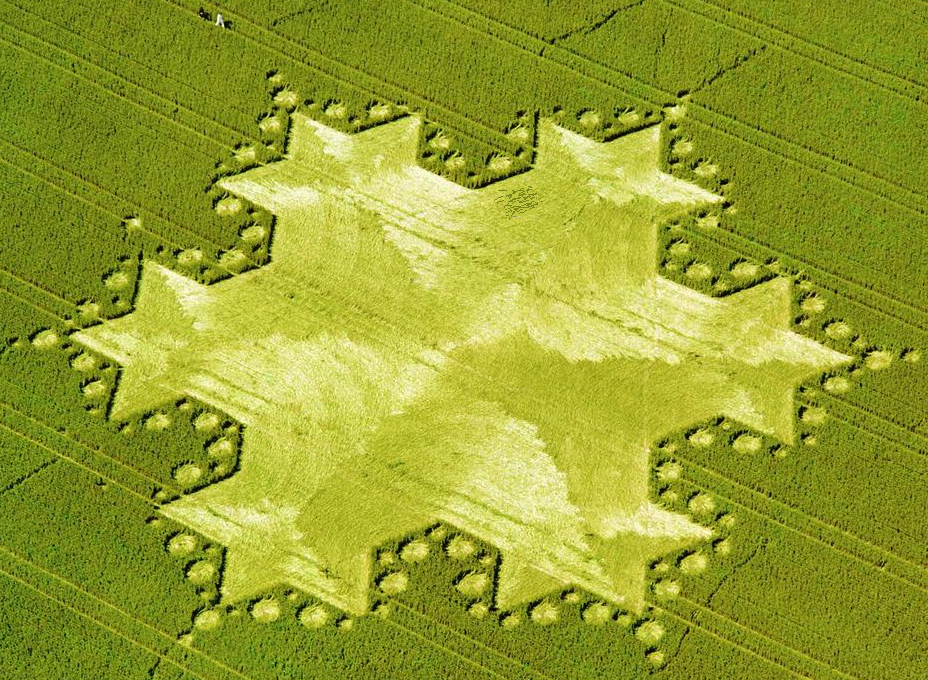