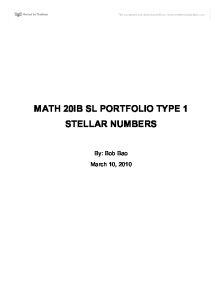 In this portfolio, I will investigate a pattern of numbers that can be represented by a regular geometric arrangement of equally spaced points. The simplest examples of these are square numbers, 1, 4, 9, 16, which can be represented by squares of side 1, 2, 3 and 4. Other geometric shapes which can lead to special numbers are the triangular shapes and the stellar (star) shapes. Our calculations will be based on the sets of triangular and stellar diagrams that are already provided and those that will be constructed. The aim of this investigation is to examine and determine the general statement for geometric patterns that lead to special numbers as well as to demonstrate a good and clear understanding of patterns and the operations that can be done with them. At the end of the project, we should be able to generate expressions and recognise patterns of other various geometric arrangements.

In the following, I will examine how we can derive general statements of patterns within triangular shapes. To begin, we can use a sequence of diagrams to better illustrate the pattern: 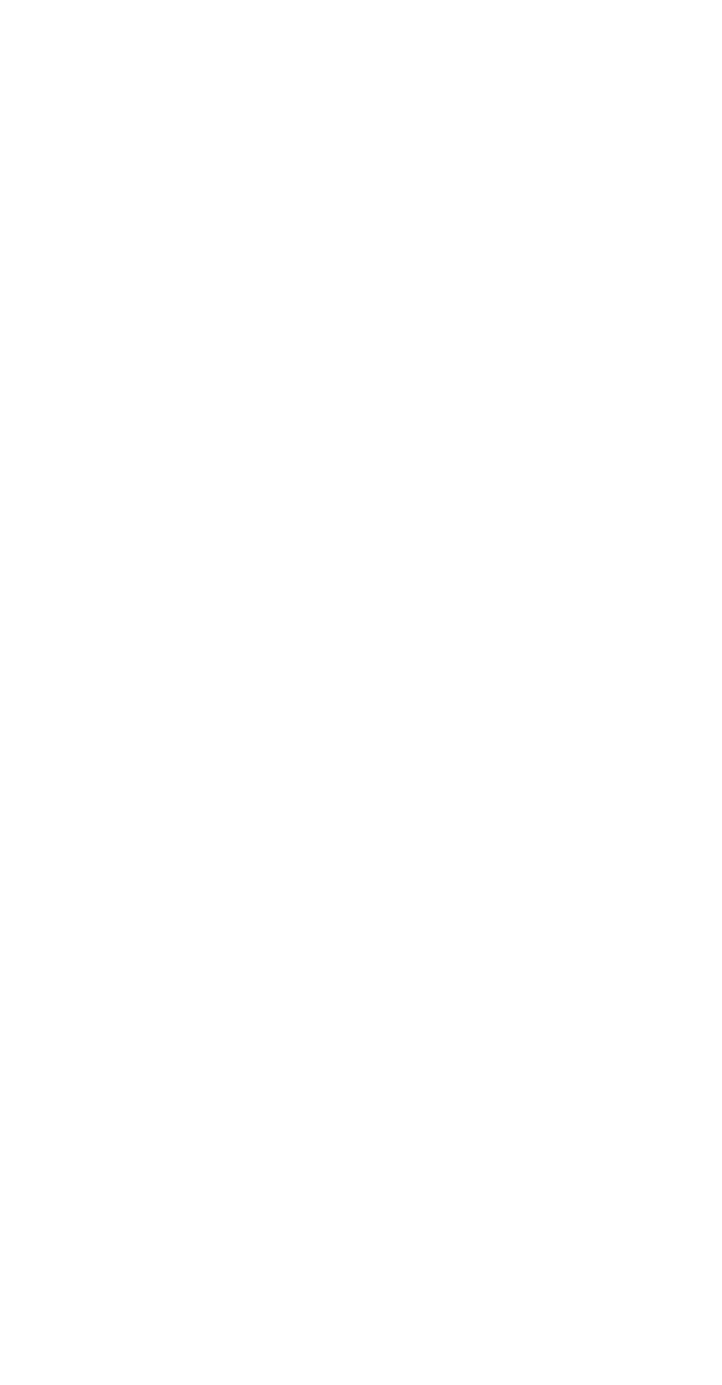 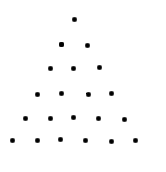 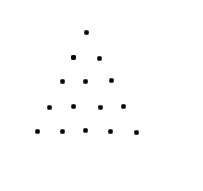 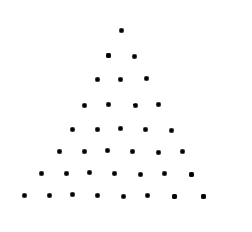 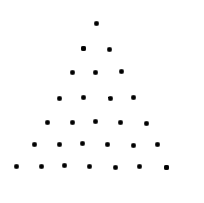 It is easy to see then that:

We can simplify the above general statement and arrive at:

To have a correct general expression, it is essential that the statement be verified. In order to verify, we can use the already known value of 21 dots for the 6th stage. Therefore, simply substitute 6 for n into the derived general statement:

For further insurance, simply substitute 3 for n into the general statement:

By using advanced technology such as a graphing calculator, we can derive the general statement that represents the nth triangular number in terms of n much faster. The following table gives the number of evenly spaced dots in relation to the first seven stages of the pattern.

By plotting the first seven stages of the pattern on a graph, we can study the relation within the pattern much more effectively.

Sn is limited to be greater and equal than 1, and is also a set of natural numbers. Since p is a parameter, it generally does not have a limitation. However, in the case of a geometric pattern, p > 0 since we cannot have a negative number of vertices in a geometric shape. As well, p cannot be 0 because the general formula would not have worked as the stellar number of every stage will become 1. To illustrate, when we substitute 0 for p, the general statement becomes 0n2 – 0n + 1 = 1. No matter what n is, the result will always be 1. Therefore, the derived general formula is invalid in a situation where p is 0.