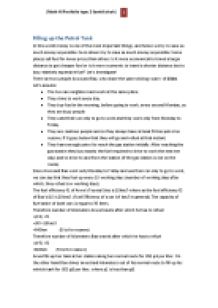 MATH IA- Filling up the petrol tank ARWA and BAO

Filling up the Petrol Tank

There are two people Arwa and Bao, who share the same driving route r of 20km.

Since Arwa and Bao work only Monday to Friday and use their car only to go to work, we can say that they fuel up every 10 working days (number of working days after which, they refuel is w working days).

Note: The costs to Arwa and Bao per day and the money saved by Bao per day are rounded to two decimal places in the tables

MS Excel was used to make the tables. It was used as it allows us to see the data in an organized manner, and there are options called formulas, which allow us to calculate the values easily. Geogebra was used to make the graphs as the GDC does not have good resolutions and the scale is not present on the graph.

Seeing the effect of changing p1 on the money saved by Bao (with respect to Arwa), when p2 and d are kept constant at 0.98$ and 10km respectively 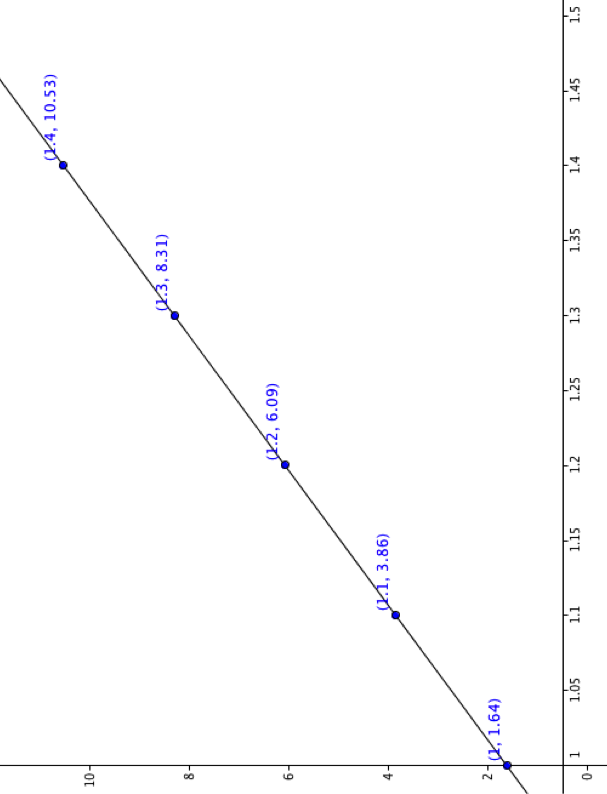 Seeing the effect of changing p2 on the money saved by Bao (with respect to Arwa), when p1 and d are kept constant at 1.00$ and 10km respectively 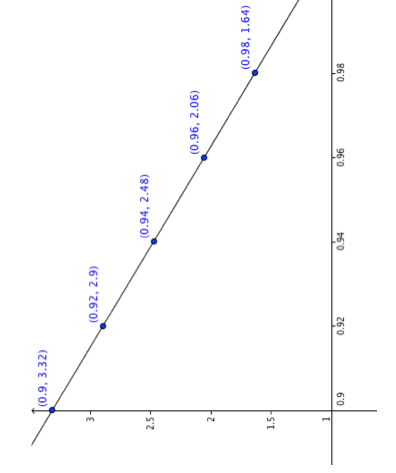 ∴ Bao can no longer save money by just buying fuel from his normal route after the distance to work becomes equal to or greater than 10km.

Arwa is a really business and wonders whether saving money is worth the time. Let’s help him decide.

Arwa must have a money value for time as he is considering saving money or saving time.

Let this be s dollar/hour.

Money saved by taking detour(on an average per working day)

Extra time taken per working day due to detour

Real benefit due to detour in money value

If the above equation is positive then Arwa should take the detour and if it is negative he shouldn’t.

Let’s consider the limitations of this model. This model also has the problems related to the assumption of refueling regularly. On top of that this model assume the speed in the city is constant at 40km/hour, which is not true. But there are so many uncontrolled variables, that a model cannot account for all of these variables. Even though these assumptions affect the accuracy of money saved, it can be used to get a fair idea of the benefits; hence I believe it is useful.