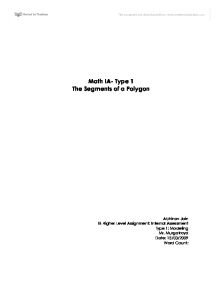 Math IA- Type 1 The Segments of a Polygon

The Segments of a Polygon 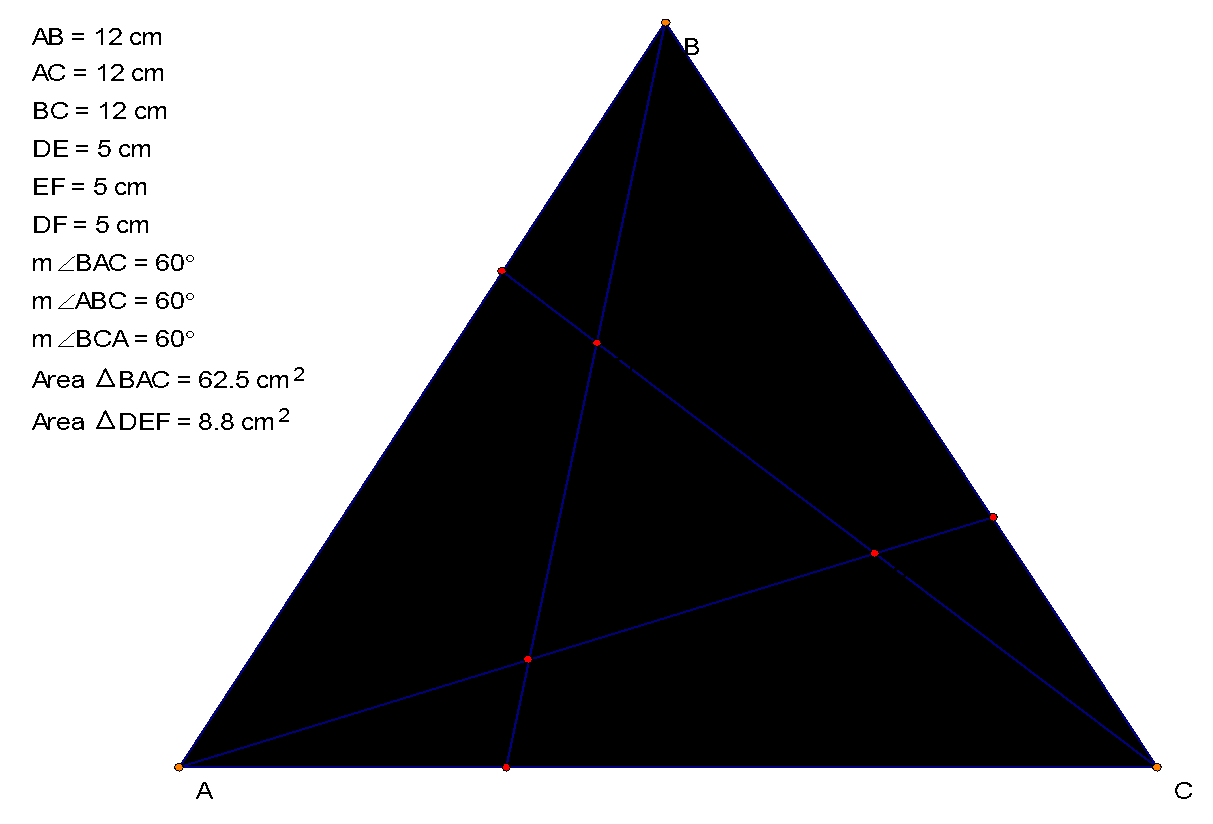 Measurements and drawing shown above has been made through the Geometer’s Sketchpad package.

Measure of one side of the ΔABC = 12cm

Measure of one side of the ΔDEF = 5cm

The areas have also been calculated using the Geometer’s Sketchpad package and are show in the diagram above.

The ratio between the areas of the equilateral ΔABC to ΔDEF when the segment divides the side in the ratio 1:2 is 7:1.

b) In order to repeat the procedure above for at least two other side ratios, 1: n

The two ratios chosen are 1:3 and 1:4 for no specific reason. 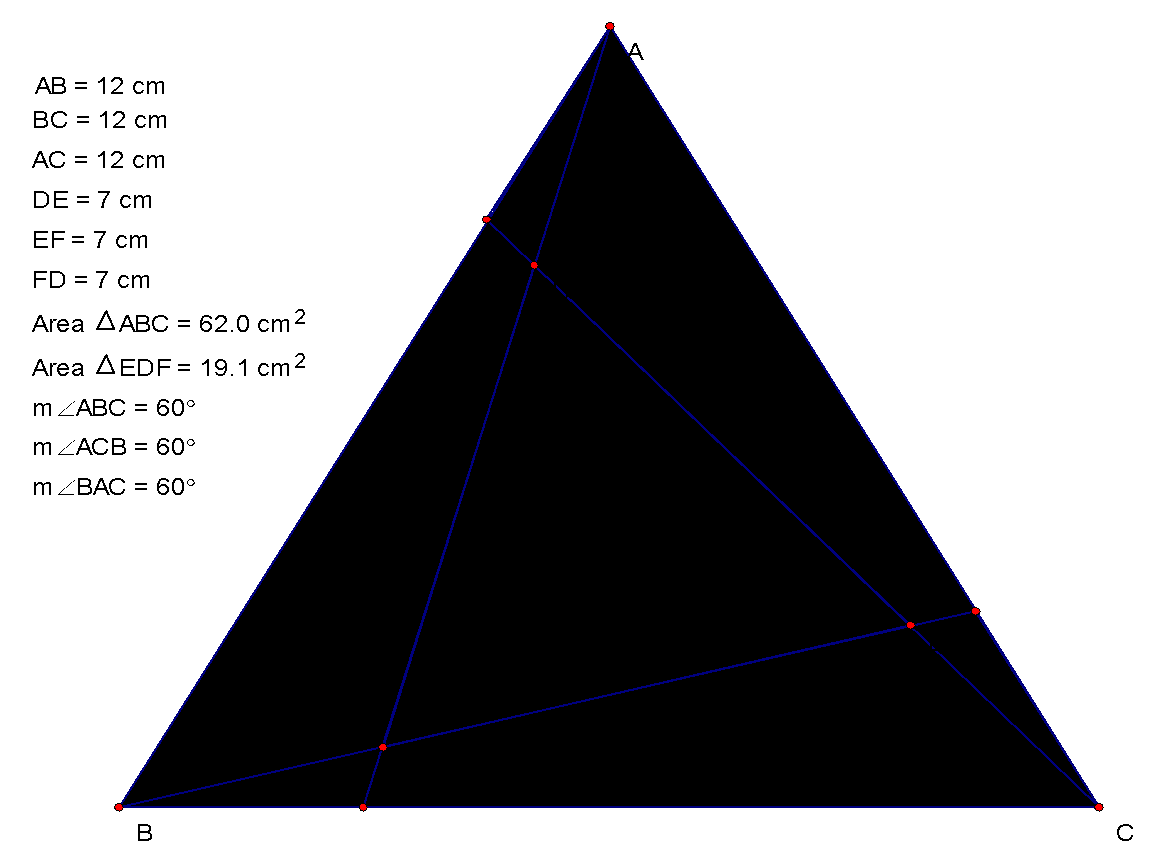 Again, the diagram above and values were obtained and created using Geometer’s Sketchpad Package.

The conjecture has been proved on the following page. 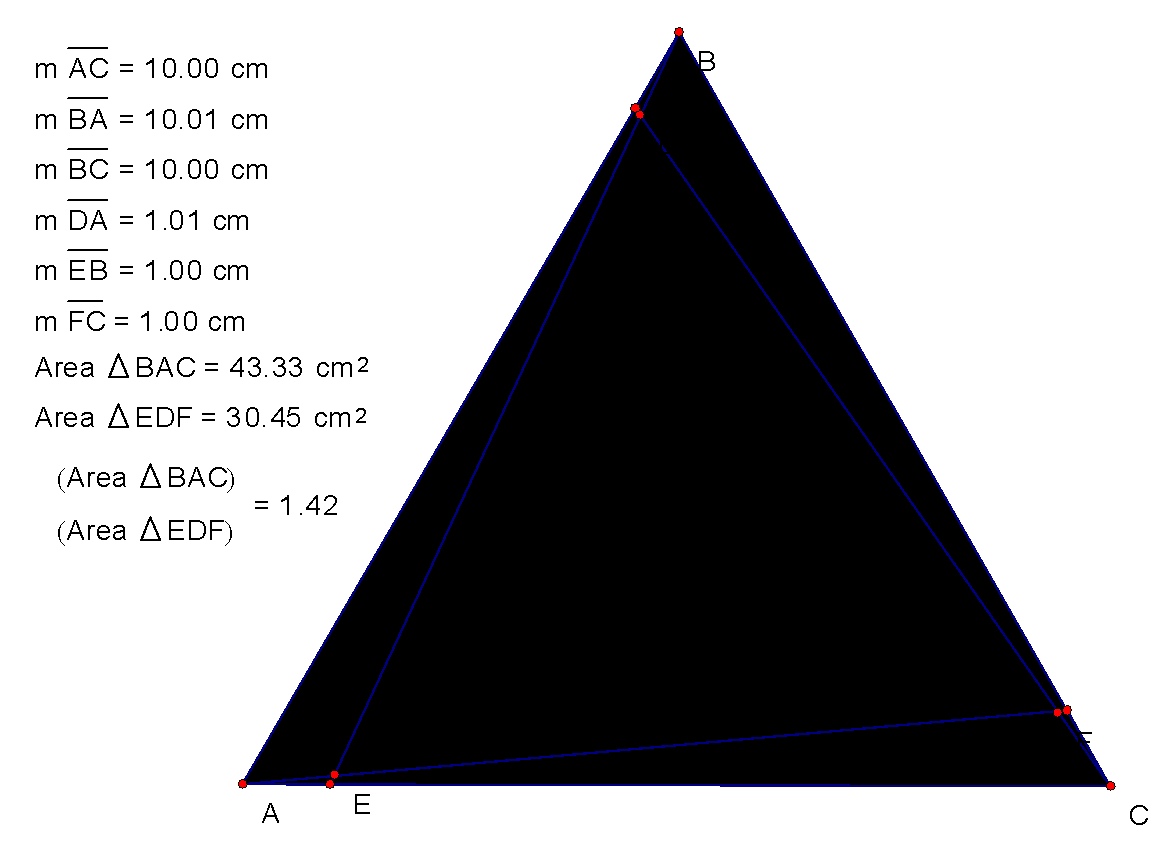 The ratio the segment divides the side in is 1:9

From our conjecture which is

Therefore if 9 is substituted in place on n, then the following answer is retrieved. 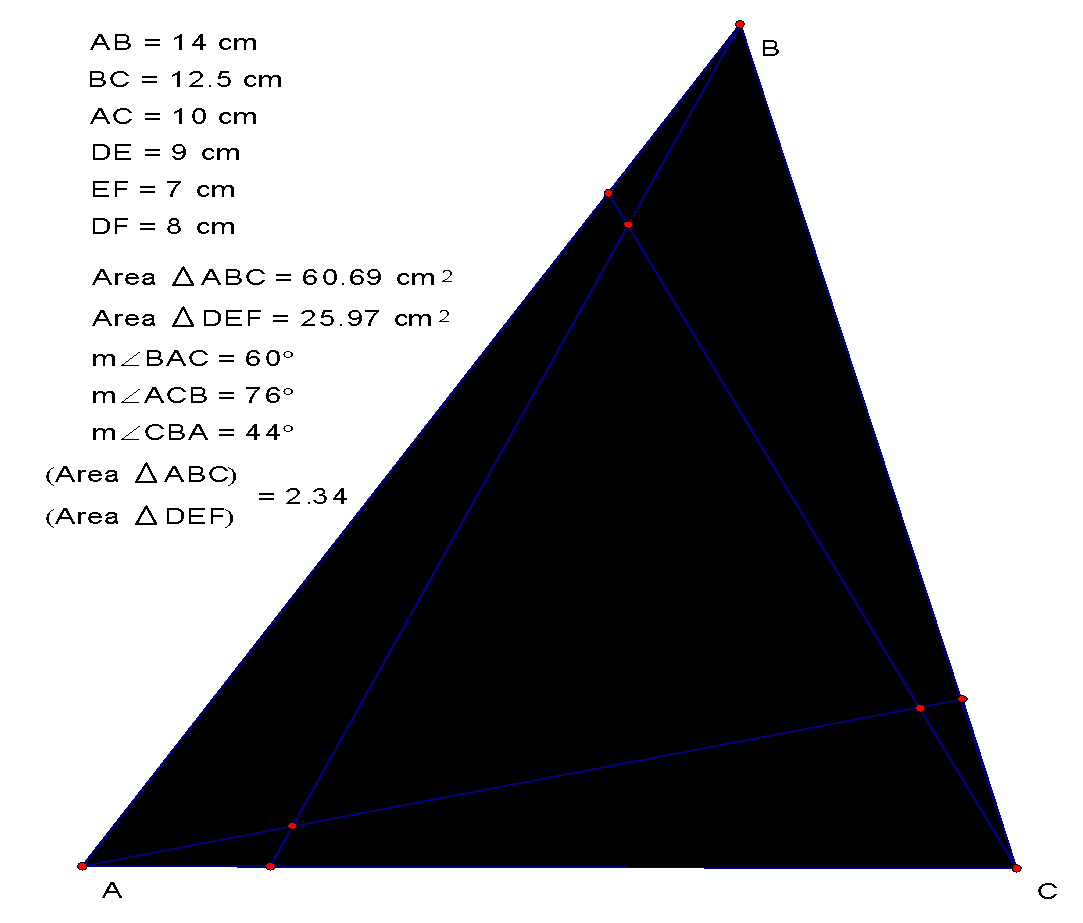 The ratio between the areas of the two triangles show above is 2.34

2. Therefore, one can also deduce that the other smaller shapes such as of a pentagon or an octagon will also follow this rule.

Limitations of this assignment:

There was one main limitation that was related to the technological aspect of this assignment. The main problem of this assignment was using GSP itself. One can say that the values calculated by GSP for the different areas and lengths were not as accurate as they could possibly have been. This is partly due to human error as while we try to use the mouse to change the different lengths, it is nearly impossible to be able to move the hand with such precision so that every one of our lengths is consistent with each other therefore resulting in small inaccuracies caused due to the way GSP was programmed and the mouse that was in use while making the different shapes.