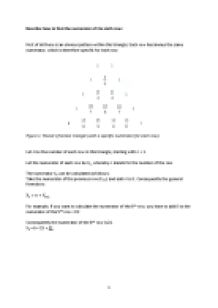 Describe how to find the numerator of the sixth row:

First of all there is an obvious pattern within this triangle: Each row has always the same numerator, which is therefore specific for each row. 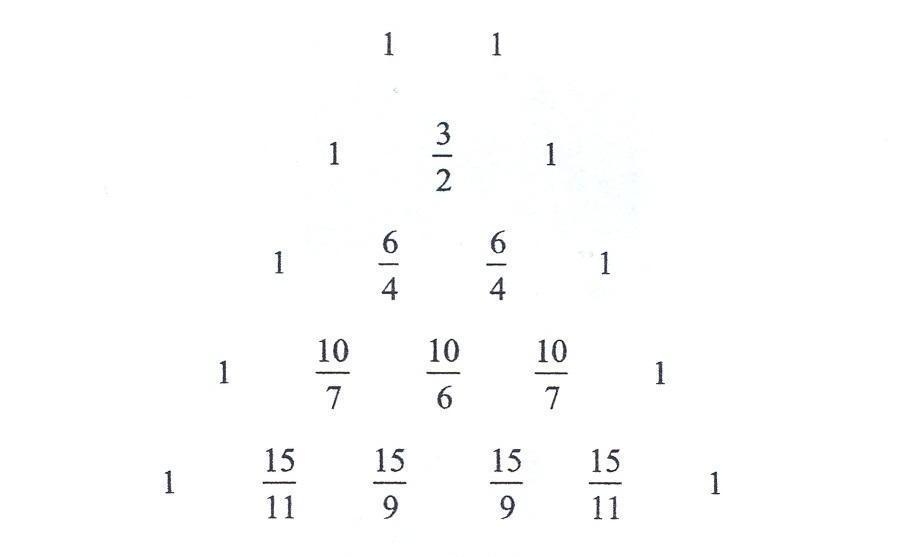 Figure 1: Pascal’s fraction triangle (with a specific numerator for each row).

Let n be the number of each row in this triangle, starting with n = 1.

Let the numerator of each row be Xn, whereby n stands for the number of the row.

The numerator Xn can be calculated as follows:

Take the numerator of the previous row (Xn-1) and add n to it. Consequently the general formula is:

Consequently the numerator of the 6th row is 21.

Using technology, plot the relation between the row umber, n, and the numerator in each row. Describe what you notice from your plot and write a general statement to represent this.

First of all, I listed up all the known numerators, to receive an indication how they behave with the increasing value of n.

The question why the last two series start with 3(6) will be discussed later.

The formulas mentioned above make another pattern visible:

We always have to subtract r from n, which leads us to the general recursive formula for the denominator:

With this formula we can calculate any denominator of the triangle provided if we know Yn-1.

However, there is one diagonal which does not seem to fit into this pattern. It is the diagonal d0, because in this diagonal occurs only number 1. Nevertheless we can transfer our pattern even on this diagonal:

Let a fraction in the nth row with the position r within the row be En(r), starting with r=0.

Apparently, we are able to determine the denominator even in d0.

Moreover we see that the denominators in d0 are equal to the numerators, so Xn = Yn(0).

Obviously, the general formula for En(r) leads us to the correct results, therefore we can regard the formula as valid.

Discuss the scope and/or limitations of your general statement:

Compared to the recursive formula, the explicit one has several advantages:

The major one is, that we are able to calculate the fractions of any given row, without knowing the previous one.

However, we have never proven that the general statement is true, we just checked it for a few examples and not for all rows (which would be for n=∞). Theoretically it could be coincidence that we got right result with this general formula.

Moreover, the formula does not only describe the fractions of a existing row, but also the fractions if n would be a decimal number (for example n=1,34), although this row does not exist in the triangle.

[1] The formula was computed with the GTR

[3] The formulas were computed with the GTR