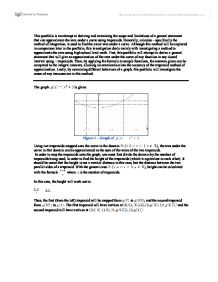 This portfolio is an attempt at deriving and examining the scope and limitations of a general statement that can approximate the area under a curve using trapezoids. Generally, calculus – specifically the method of integration, is used to find the exact area under a curve. Although this method will be explored in comparison later in the portfolio, this investigation deals mainly with investigating a method to approximate the area using high school level math. First, this portfolio will attempt to derive a general statement that will give an approximation of the area under the curve of any function in any closed interval using

trapezoids. Then, by applying the formula to sample functions, the answers given can be compared to the integral answers, allowing an examination into the accuracy of the trapezoid method of approximation. Lastly, by examining different behaviors of a graph, this portfolio will investigate the cause of any inaccuracies in this method. 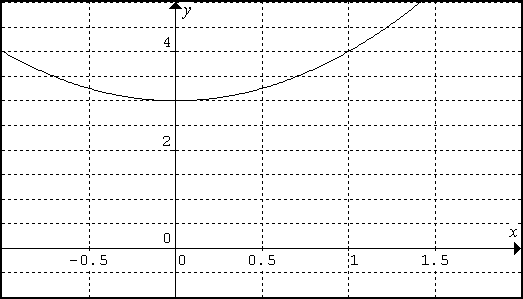 Using two trapezoids mapped onto the curve in the domain

, the area under the curve in that domain can be approximated as the sum of the areas of the two trapezoids. 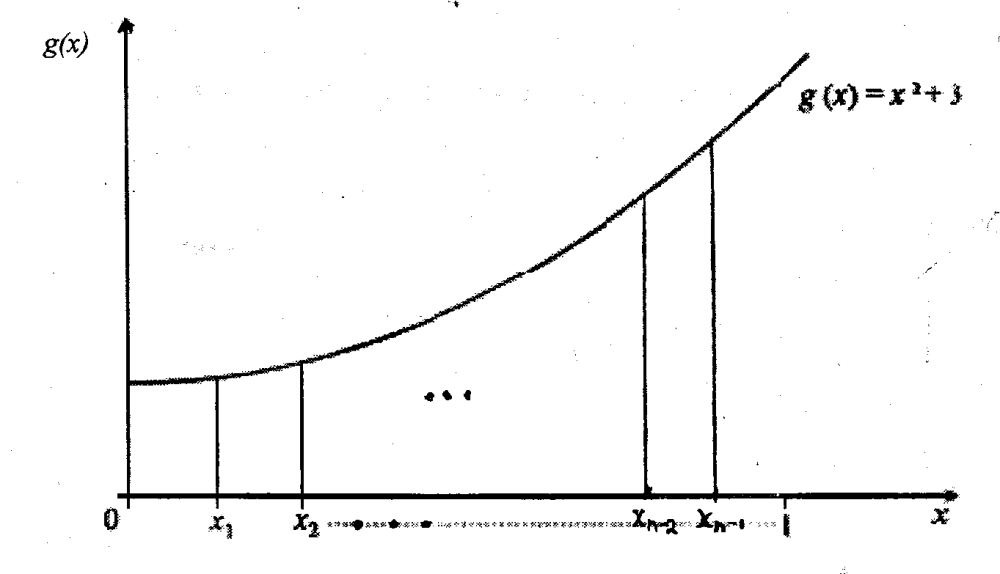 Diagram 3 – Illustration of how to map

To begin, one needs to find the area of each of the trapezoids that will be mapped onto this function. That will be done by manipulating the area of a trapezoid formula of

for this specific case.

can be replaced with

, where n is the number of trapezoids used.  a+b can be replaced with:

for the first trapezoid,

for the second trapezoid,

for the third and so on. Because

is 1, the second to last a+b replacement will be

, and the last one

This gives the following formulas for the area of each trapezoid:

In adding the areas of multiple trapezoids, the separate area formulas for each of them will be terms in a calculation whose sum gives total area, as was demonstrated in the calculation for 5 trapezoids. Thus:

Which can be factored by taking out the values of

is any whole number – each appear twice, the expression can be further simplified:

and in the general domain of

using n trapezoids, one can modify the formula to accept the variables

, as well as replacing