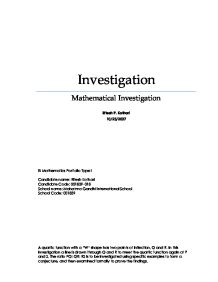 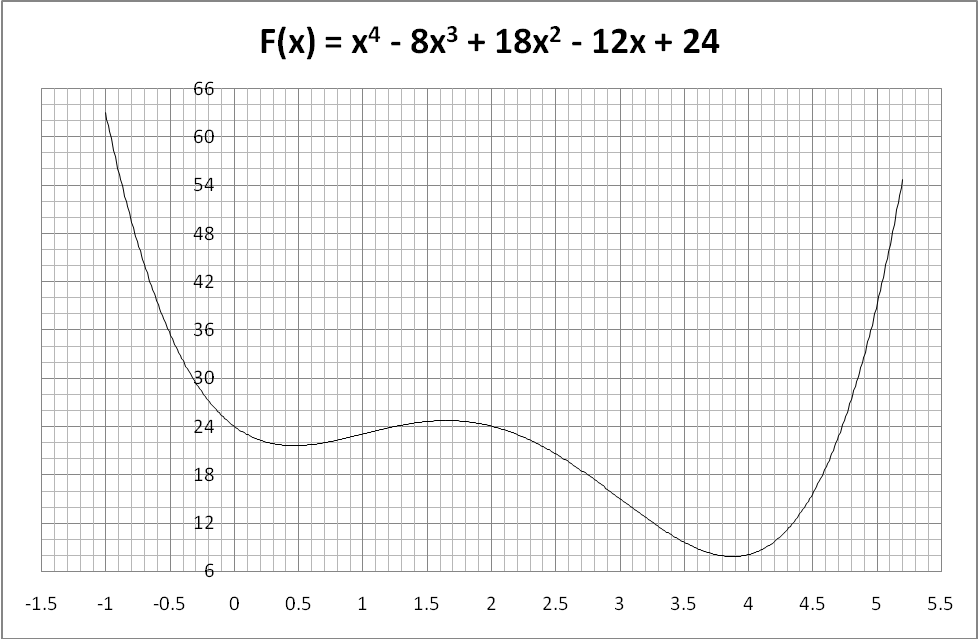 We will get 4 roots from the above equation; we already know two roots which are Q and R respectively. Therefore, to find out the other two roots we will use Synthetic Division. We can thus divide the function by the point Q with the X-value of 1 to acquire a cubic function from quartic:

Another root of the function can be found by dividing point R with X-value of 3 to get a quadratic function from cubic:

Using the quadratic formula we can now find out the remaining two roots of the quartic.

Roots of the function are therefore:

The graph below shows 4 intersection points of the functions. The quartic function f(

) and a linear function g( 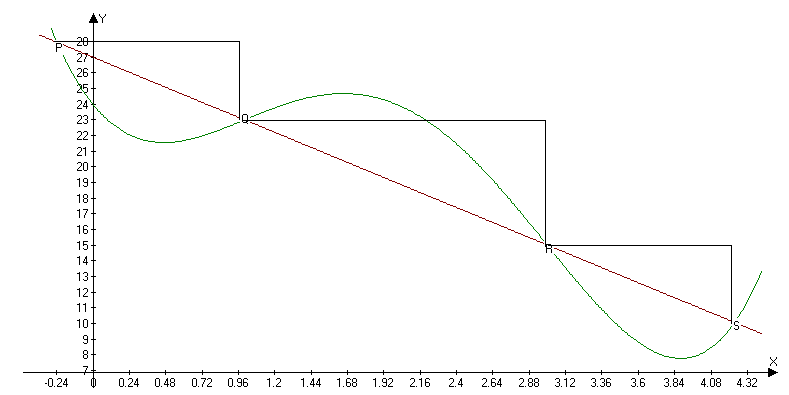 . We would not be able to find the ratio as point R will be missing in the function.

The last type of quartic does posses two distinct and real inflection points. From the definition we know that points of inflection occur when

, and we also know that function is a straight line when

. Points of inflection will be at X values where

Given a general quartic

, and using previously arrived first and second derivatives, we arrive at this condition:

Any quartic which satisfies this equation will thus have at least one real inflection point.

In case of inflection points, the ratio PQ: QR: RS will be the same as in any “W” shaped quartic. This is because the general conjecture from question 5 applies to all quartics with two distinct inflection points.