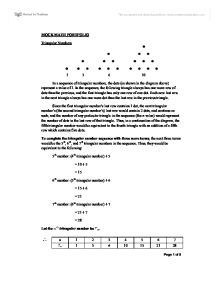 To complete the triangular number sequence with three more terms

be the sum of the first n cubic numbers.

→ Calculated with the use of the GDC.

The general statement used to calculate

can be found as such:

In the function, the cubic number sequence would be the first difference of the terms of the function

, the sum can also be written as such:

This is because when written in the form

With no n value, the function cannot be used for

. As n will be lowered by one degree, the appropriate function would have a polynomial with one more degree than

must equal 1 so that

should remain, The remaining coefficients of n (

The validity of the general statement can be tested using technology.

The general statement is valid for all positive values of n (represented on the x-asis). 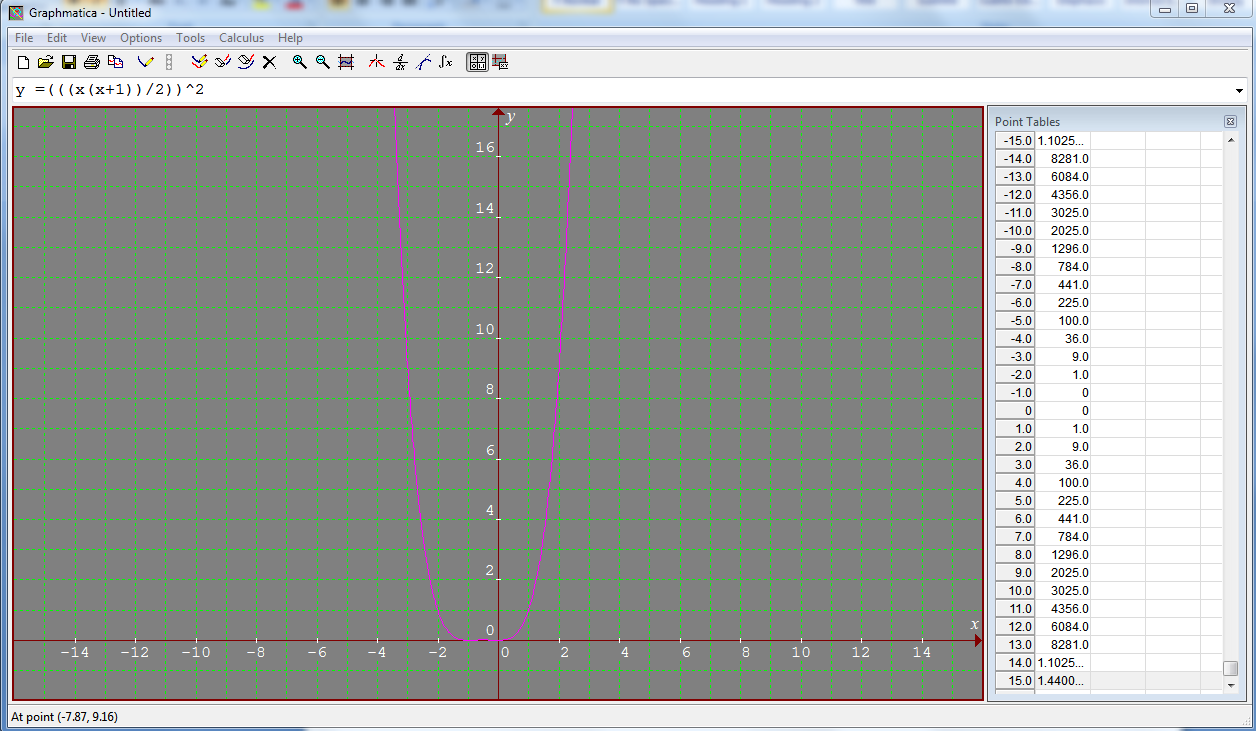 The scope/limitations of the general statement are as such:

The general statement works for all values of  n ≥ 0

The general statement was derived through the method of induction and the formation of conjectures.

can be seen as such:

This can be verified with the use of technology: