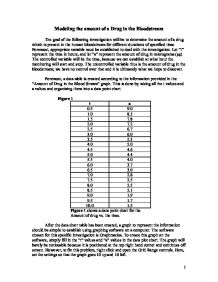 Modeling the amount of a Drug in the Bloodstream

The goal of the following investigation will be to determine the amount of a drug which is present in the human bloodstream for different durations of specified time. Foremost, appropriate variable must be established to deal with the investigation. Let “t” represent the time in hours, and let “a” represent the amount of drug in micrograms (µg). The controlled variable will be the time, because we can establish at what hour the monitoring will start and stop. The uncontrolled variable thus is the amount of drug in the bloodstream; we have no control over that and it is ultimately what we hope to discover.

Foremost, a data table is created according to the information provided in the “Amount of Drug in the Blood Stream” graph. This is done by taking all the t values and a values and organizing them into a data point chart.

Figure 1 shows a data point chart for the

Amount of drug vs. the time.

After the data chart table has been created, a graph to represent the information should be simple to establish using graphing software on a computer. The software chosen for this specific investigation is Graphmatica.

To graph this, simply plug this data point table into the data point table in Graphmatica, it will give you the function from 6t-12t. The graph looks uniform except for the initial increase of 10 µg at 6t, where in the graph there is a steep drop from 6t to 6.5t. Thus shows that as the tests go on, by the second dose, the amount of the drug in the blood stream decreases significantly more rapidly than before, which can be explained in part by the human immune system to adjust to certain vaccines and medicines. The maximum in the first 6t (0t to 6t) was 9.65a and the minimum was 4.0a. In the second 6t (from 6t to 12t) the maximum is 13.7a at 6t and 4.63a at 12t. This shows the pattern that the maximum will always come at the first t in every 6t frame, and the minimum will come at the last t in every 6t frame. 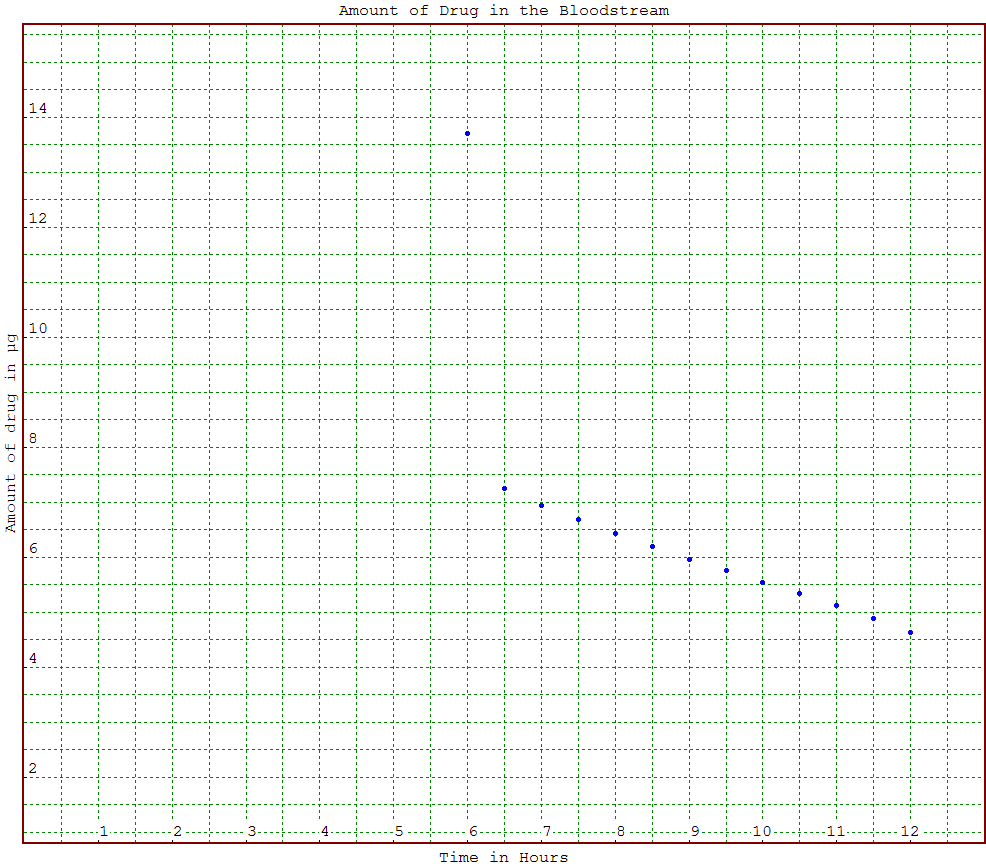 What is significant in this data point table is that fro the first time we see the “a” values reaching negative integers. This means that at 17.5t although the a value is technically -0.97a, in reality we know that you can not have a negative amount of a drug, thus the Amount of Blood in the bloodstream reaches 0 officially after 17.0t; 17hours. 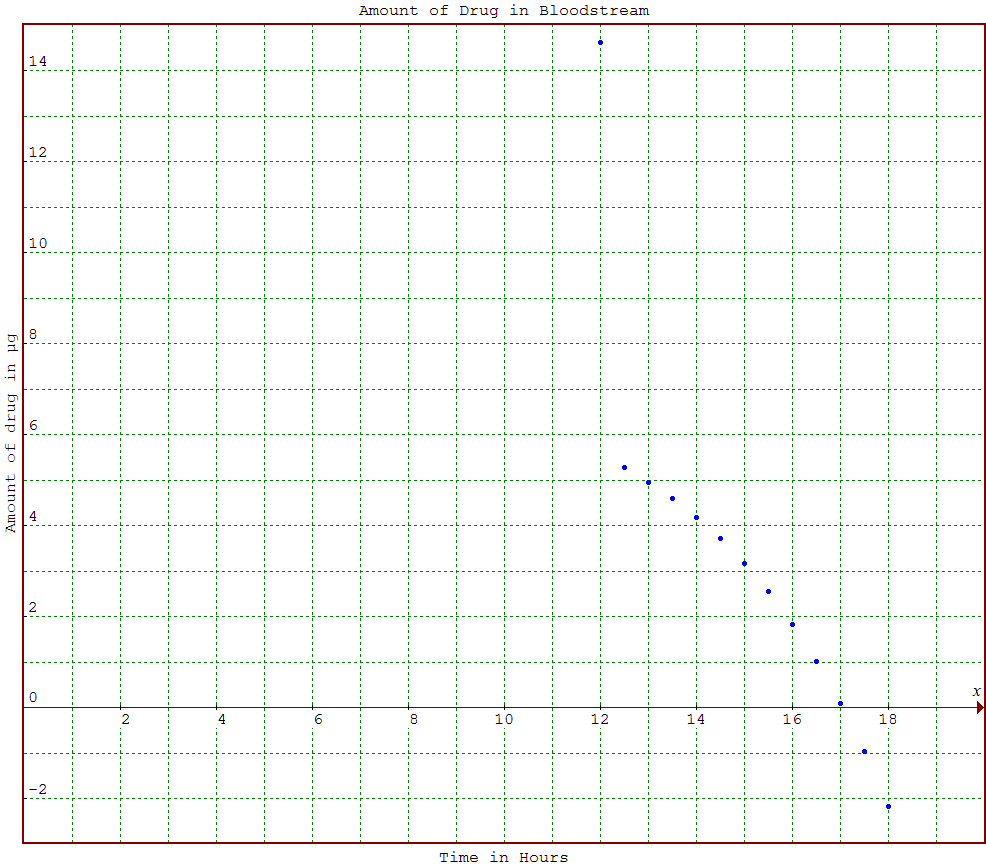 Figure 8 shows the graph of the 3rd frame in the 24 four cycle. Here we can see that the amount of drug in the bloodstream finally reaches zero. Although the “a” values are negative at 17.5t and 18t, we know that in reality that is not possible. We can clearly see that the maximum occurs at (12, 14.63) and the minimum occurs at (18, -2.16).

If doses continued to be taken every 6 hours for a week, then it would repeat the pattern we have seen. The “b” value would inevitably get smaller and smaller, but never exactly hit 0 because of the fact that a 10 µghas to be given, a horizontal asymptote for the initial values only, at the 0 mark. But the fact remains that the “b” value would continually get smaller, and the time taken for the drug to completely disassociate itself in the bloodstream would also get smaller and smaller, it is an exponential regression.

Thus at the conclusion of the investigation, it is clear to see that the drug in the patients bloodstream gradually disassociated itself at a faster rate throughout the 4 phases until it was at a point where it was gone merely 0.5t after the additional 10 µg dose of the drug. The four functions proved to be the following:

The point at which the drug initially hit 0 µg in the bloodstream was following the 17 hour mark in the 24 hour test, and it reached 0 again at 18.5 hours. In conclusion, to improve the experiment, the investigation needs essentially test a stronger drug, one which does not allow the body to gradually become immune to it.