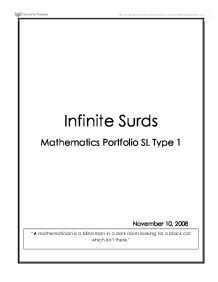 Although there is no significant application of infinite surds in our daily lives, infinite surds can be classified as a recursion which means that the function defined gets used in its own definition.  See below for an example. 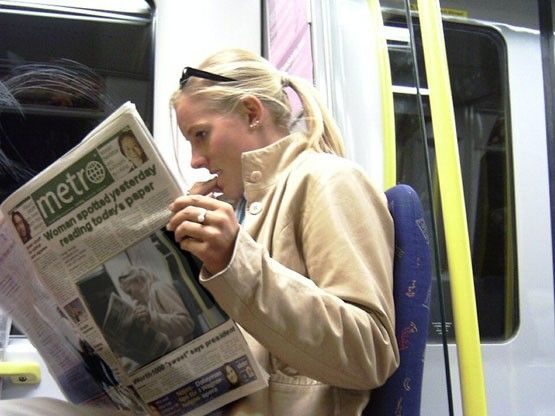 and this humorous definition of recursion:

A surd is defined as an irrational number which can only be expressed with the root symbol and has an infinite number of non-recurring decimals.

The following expression is an example of an infinite surd:

This surd can be considered as a sequence of terms

The first term in the sequence is actually

since for every consecutive term a new (+

) is added on. Individual terms of an infinite surd are not necessarily surds themselves as

is equal to 1 which disqualifies it from being a surd.

on a graph reveals the behavior of the expression.

This surd can once again be considered in terms of

Plotting the terms on a graph reveals a similar behavior as seen in the previous surd. The following graph illustrates the relation between n and 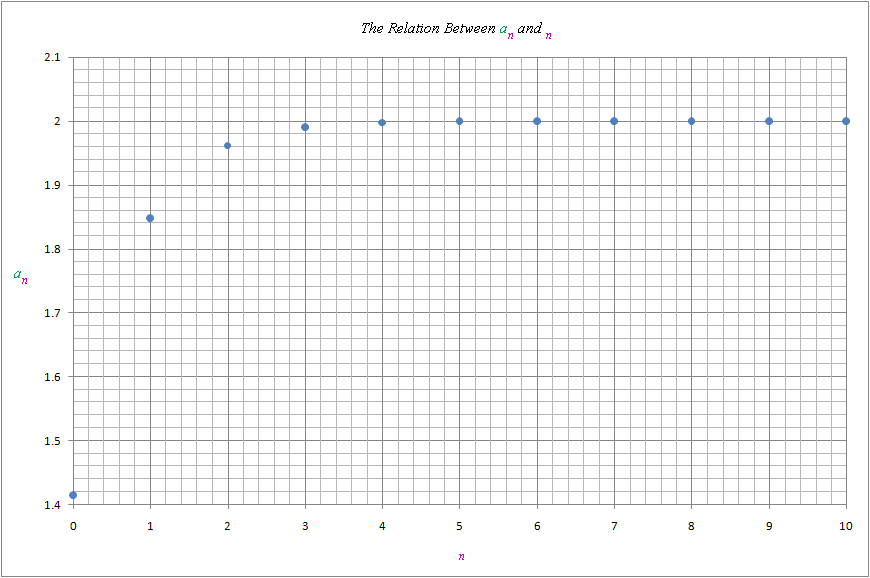 After the first five terms the data points increase by less and less suggesting an asymptote at 2. It is also clear that further points will not be much larger than

as the points are already on a horizontal trend. Also, as the values get larger the values of

will be nearly identical with a difference that is too miniscule to be significant.

This realization allows us to actually make them the same variable (x) in the previously deduced formula:

Giving us a new formula:

We can further simplify it:

By squaring the equation, the negative solution is removed because a negative multiplied by a negative gives a positive.

The variable can be isolated from the rest of the equation with the use of the quadratic formula:

The second major limitation is the inability of the formula to produce negative integers.

The reason the formula does not work in producing negative integers is because the negative side of the equation at one point gets squared changing it to a positive.

The underlying reason for the inability of producing negatives is the fact that there cannot possibly be an infinite surd involving roots that produces negative integers. A root of a negative value gives an imaginary number which is part of the complex number system. This is because no two numbers of the same sign can be multiplied together to give a negative number.

The previously discussed pattern of increasing difference between k values that give integers in the answer can be easily justified.

The fact that this pattern exists, supports my claim that for an integer to be produced, k has to be the product of two consecutive integers in:

This formula appears to work with unlimited numbers as long as k is a product of two consecutive integers: