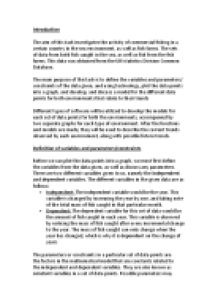 The main purpose of this task is to define the variables and parameters/constraints of the data given, and using technology, plot the data points into a graph, and develop, and discuss a model for the different data points for both environments that relate to their trends

Different types of software will be utilized to develop the models for each set of data points for both the environments, accompanied by two separate graphs for each type of environment. After the functions and models are made, they will be used to describe the current trends observed by each environment, along with possible future trends.

Definition of variables and parameters/constraints

The parameters or constraints in a particular set of data points are the factors in the mathematical model that are constants related to the independent and dependent variables. They are also known as constant variables in a set of data points. Possible parameters may be environmental factors such as the weather, economical factors, government policies, demands of the fish in local and international markets and so on.

Plotting of points (Fish caught in the sea)

The data points were plotted using GeoGebra 4 for Mac OSX, and the x values have been substituted for a better fit of the graph. The points have been plotted into the scatter point graph below:

Trends found in the graph

The equation for this function is depicted as:

Therefore from this equation, there are 2 unknown variables, namely a and b. To define these variables, we can take two points from the graph.

Hence substituting the values of a and b:

Hence forming the equation for the first interval:

Here is line of the equation against the interval of the graph: 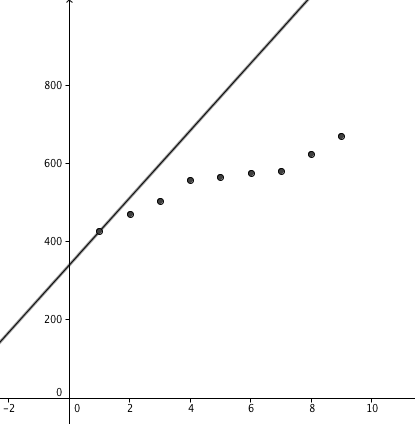 As we can see, the line does not quite match the graph in this particular interval, due to the incorrect start position for the graph. Hence the value of 1980 will be substituted with 0, 1981 with 1, and so on. Hence the new graph with the shifted values would be like so: 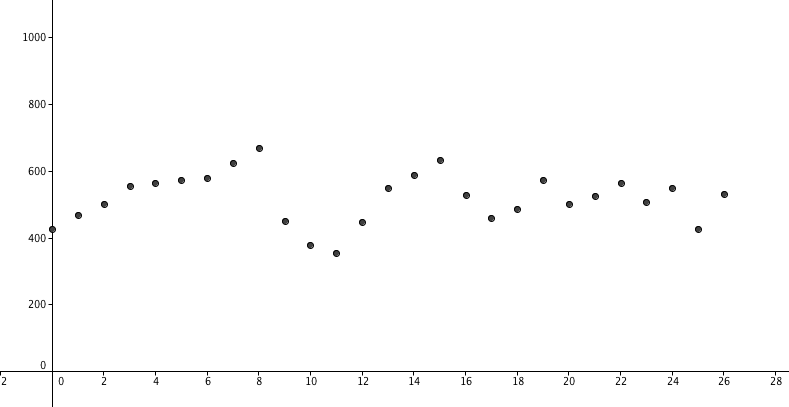 Hence substituting the values of a and b:

And solving the equation using the PolySimul:

And here is the line of the equation plotted against the graph: 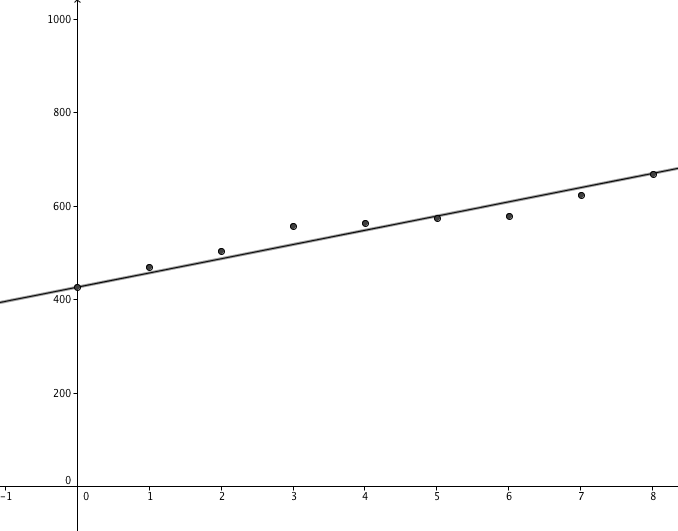 As we can see, the line fits the graph perfectly. 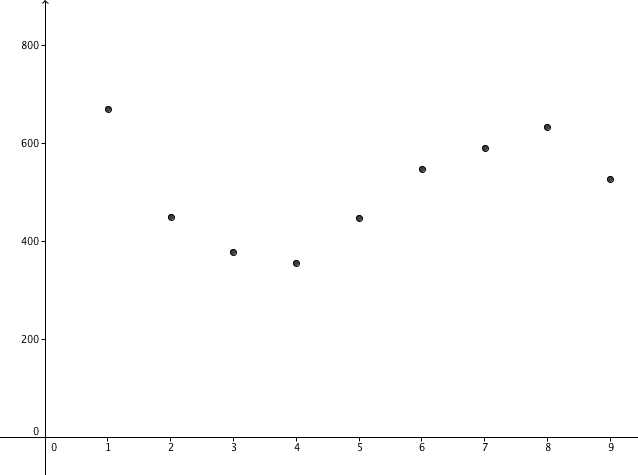 This graph illustrates a upward and downward curve trend that can be described by a polynomial function.

Finally, advancing technology in favour of fish farms could also be vital in the increase of fish from the fish farms, due to increased variety and improved quality from the fish in the farms, which is also another likely cause for the exponential rise of amount of fish in fish farms.