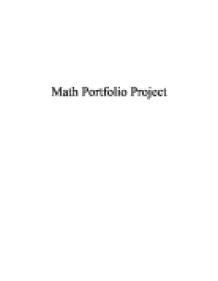 Mathematics Portfolio. In this portfolio project, the task at hand is to investigate the relationship between G-force and time by developing models that represent the tolerance of human beings to G-forces over time.

In this portfolio project, the task at hand is to investigate the relationship between G-force and time by developing models that represent the tolerance of human beings to G-forces over time. G-force is used to describe the acceleration that results when different forces are applied to an object. For example the g-force acting on a stationary object resting on the earth’s surface is 1 g as it results from the Earth surface’s resistance to gravity. Because there are no other forces acting on the object besides gravity, the g-force acting on a stationary object is equal and opposite to gravity.

However, when the object is under acceleration, the two different types of g-force are vertical g-force and horizontal g-force. Horizontal g-force is the measure of acceleration perpendicular to the spine which can either be forward or backward acceleration. In this portfolio I will be looking at the human tolerance for forward acceleration where the g-force pushes the body backwards.  Experiments have shown that untrained humans can tolerate up to 17 g of forward acceleration for several minutes without losing consciousness. Upwards vertical g-force, which drives the blood downwards to the feet, away from the head is typically a lot less tolerable for humans because it poses problems for the brain and eyes. On average humans can handle approximately 5 g before losing consciousness.

b where a is a positive constant and b is a negative exponent.

To find an equation that fits the data points, one must use substitution in order to be able to solve for one of the variables:

Here, the constant a was cancelled out through division, so logs can be used to continue to solve for b.

Potentially, a could be solved for with b, but the model would not be very accurate if only two sets of data points were held into account. Therefore for each consecutive data points, b must be solved for.

Substitute this average in the equation +Gx = atb with values of +Gx and t for all 8 consecutive data points: 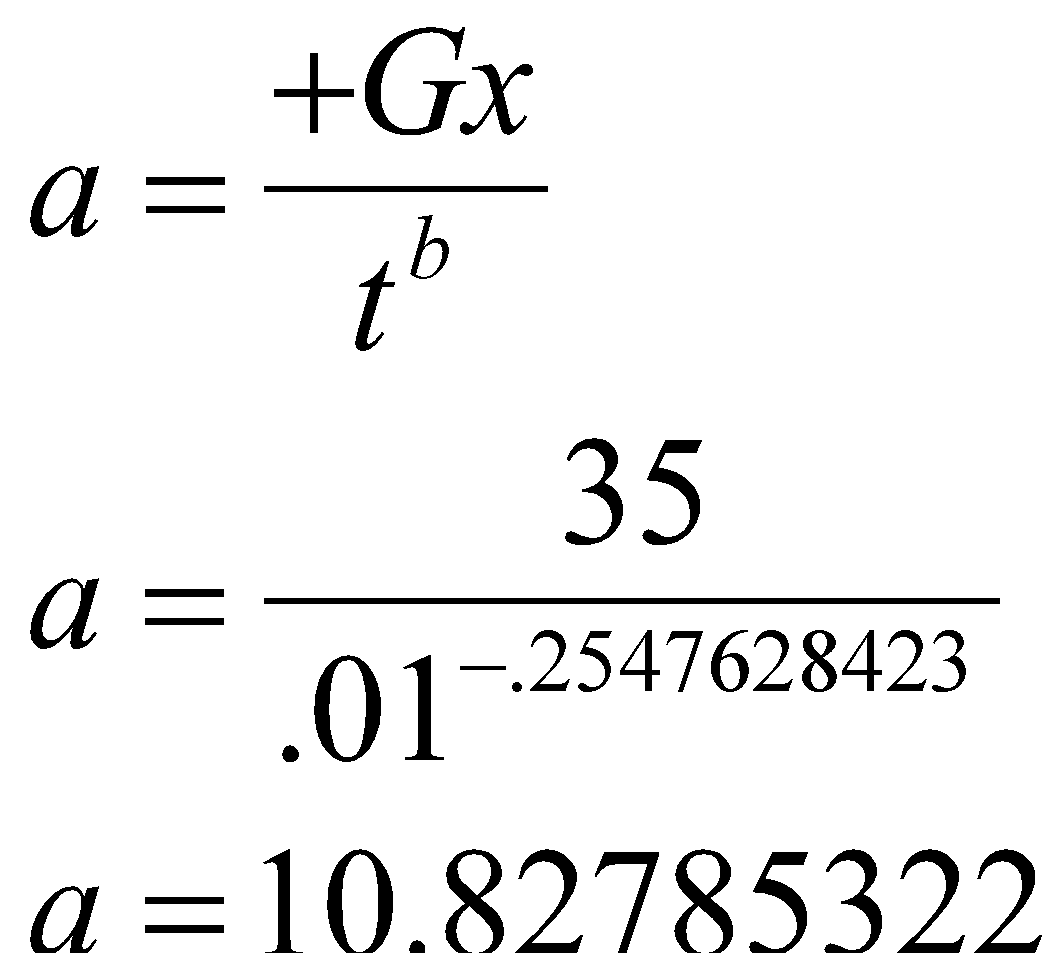 The value cannot be rounded just yet, because it will limit the accuracy significantly. Only after all the points are taken into account can 3 significant figures be taken.

Before graphing the function, it should already be known that there are certain limitations due to the method of finding the function. Using the different data points to solve for the exponent (b) is a valid method, but not all the data points were taken into account.

Although there are limitations to the data as well as to the models, never the less the power function remains the best solution. The functions found by hand as well as by technology both are almost completely accurate because they intercept all data points but one: (3,9). All the functions show that as +Gx decreases, the time that humans can tolerate that given g-force becomes longer.

From the models created from the data, it can be concluded that humans should not be exposed to high amounts of g-force or g-force for long periods of time because there are a lot of health risks. At low levels of g-force, humans are able to tolerate it for longer amounts of time but will still suffer from unconsciousness and other side effects. This means that when engineers are designing rockets, formula one cars, roller coasters and other objects that have very high rates of acceleration, they must think about the effects of the g-force on humans and how that changes with the time of exposure to the force.