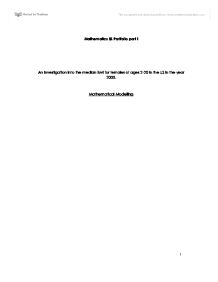 An investigation into the median BMI for females of ages 2-20 in the US in the year 2000.

Your body mass index, BMI, is an effective and easily manageable indicator of body fat. Today, such statistical guides are vital guidelines for a country’s populace and health system due to the ever-increasing rates of obesity in the more economically developed countries. Here, highly caloric food is not only abundant and overly accessible, but also inexpensive and, time-wise, favourably convenient. Nonetheless, overly large intake of such food, combined with the averagely low physical activity of our time, is often accompanied by various health risks. As the indicated amount of excess body fat increases, so does the possibility of various diseases and conditions, including type 2 diabetes (and all its sub-problems), high blood pressure, cardiovascular disease, respiration difficulties, osteoarthritis, strokes, some cancers and premature death.[1]These being far from trivial, a healthy BMI is generally a vital asset[2].

The following is a table that portrays the median BMI of US females between the ages of two and twenty years in the year 2000:

In this investigation, I aim to examine how models may be fitted to the data given and hence used to depict and predict fluctuations and changes in the BMI of females in the US.

I shall use a TI-84 Plus GDC and the electronic mathematical programme: GRAPH, created by Ivan Johansen and available at:http://www.padowan.dk/graph/ .

Yet this process, despite being simple, is one prone to many careless mistakes due to its length. As exact values are key in this highly specific model, it is far more advisable to solve the system using a neater, shorter method:

When having two or more equations, we may solve them through the use of matrices. The availability of a GDC simplifies the process even further;

With the four equations in four unknowns, we enter them in a 4 x 5 matrix (in our case: [D]), placing the constant in the far-right column:

We then »quit« this area of the GDC, return to MATRIX, move over to the MATH menu and take choice B: rrf( , press enter, then insert the matrix name ([D]) . Upon pressing ENTER, the whole system will have been solved for you.

Yet the most appropriate way would probably be the GDC’s cubic regression option which calculates the best fitting function using the given points: from having entered those points into the STAT option under L1 and L2;

We return to the  statistics menu (under STAT), go to the CALC submenu, then select CubicReg. We then enter the commands; L1, L2,Y1 and, upon pressing ENTER, attain the image below:

From the general equation of a cubic function

, we have now derived that: 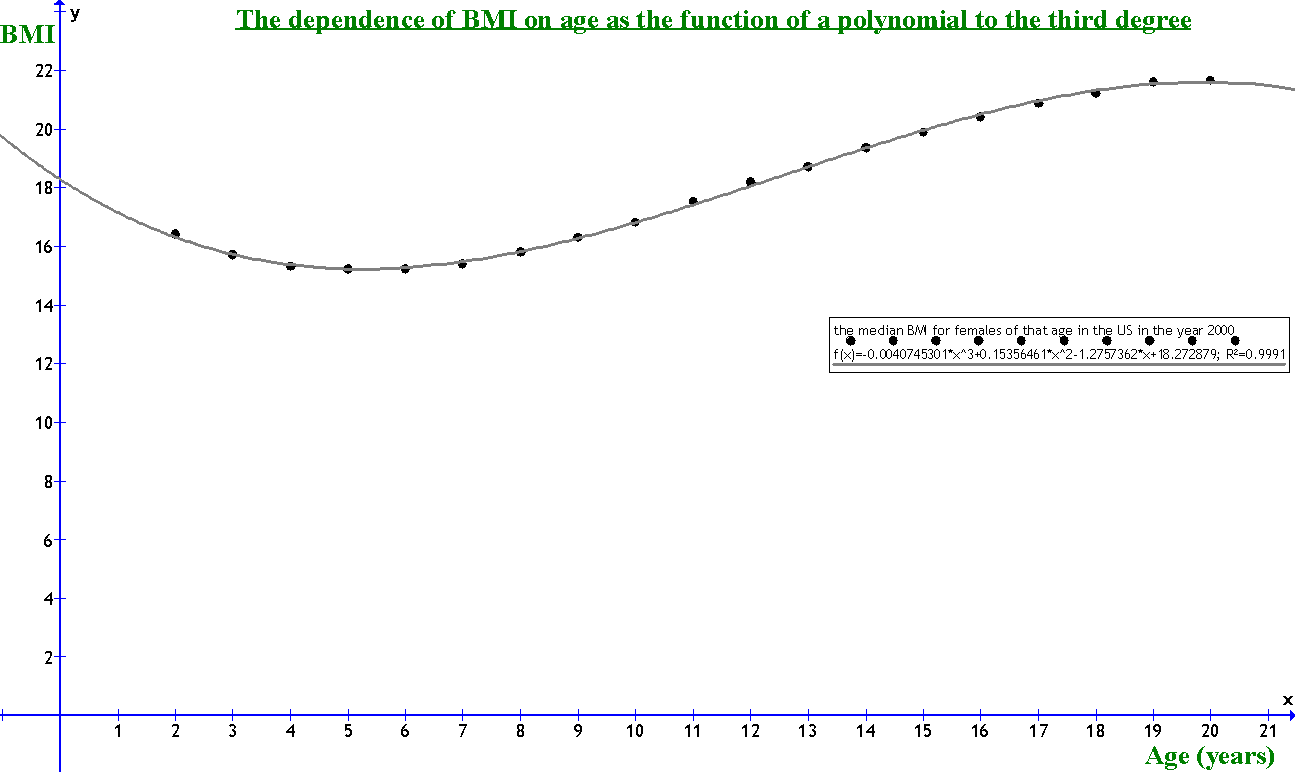 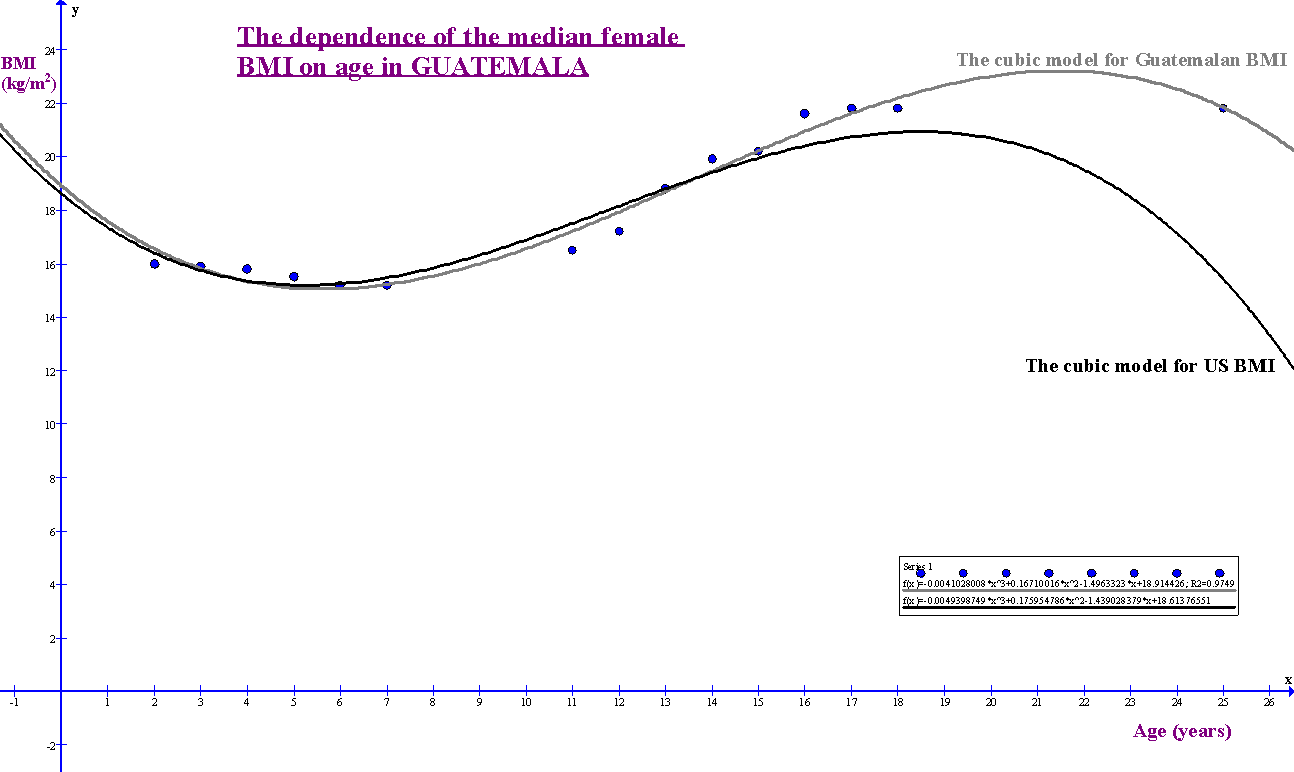 In Due to the previously mentioned lifestyle and physical factors, we may observe that the median curve for Guatemala indicates, when compared with the US median, a lower BMI at the younger ages, then a steeper rise in body fat leading to a median of higher BMI in the later stages of the female development. Due to this specificity of backgrounds, the model of the polynomial to the third degree for the USA is not applicable in this case, however, as we are indeed all of the same species with generally very similar characteristics and not overly large amounts of variation, such a cubic function is still applicable, it need only be adapted to the data for Guatemala to attain the appropriate curve.

[2] Exceptions where BMI may be unrelated to the probability of the said conditions due to physical deformations have been known to exist.

[3](the data missing is not of vital importance to the situation)Data attained from:  http://www.unu.edu/unupress/food2/uid02e/uid02e00.htm#Contents