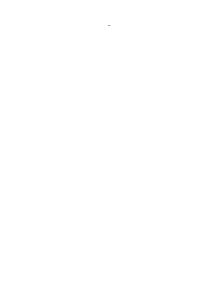 Modeling the amount of drug in a bloodstream

The use of math in life is extremely beneficial; one can know or at least predict what to expect, why to expect it and how to find it. An example of an application of math in life would be medicine; doctors can calculate how much medicine to prescribe and how long it lasts or how long it takes for it to decay, therefore, how often should the patient take it.

In a case for treating Malaria, an initial does of 10 milligrams (μg) of a drug was given and an observation for a total period of 10 hours was done, the amount of drug was measured every half an hour, the results were plotted on the following graph(figure 1): 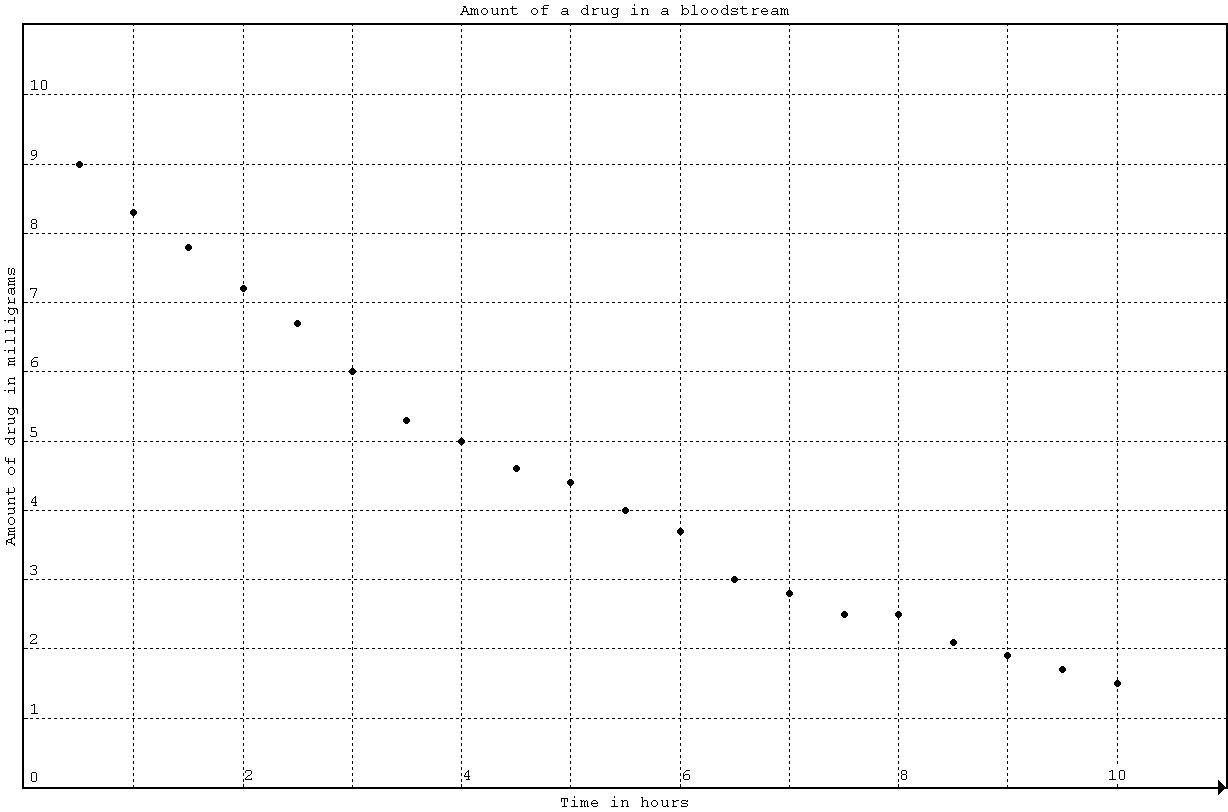 As can be seen, this graph shows the rate of the breakdown of the drug in the blood where the amount of drug in the bloodstream decreases with time; they are inversely proportional. In the following table are the numerical results of this observation taken from the previous graph:

The function previously found will help in making a model to predict the change in the amount of drug in the bloodstream over long periods of time without having to expose the patients directly to the drug just in case something might go wrong. The following graph (figure 2) shows the difference between the function for the model and the data plotted in (figure 1) along with its curve-fit to raise the aware of the fact that a model does not 100% apply in real life. 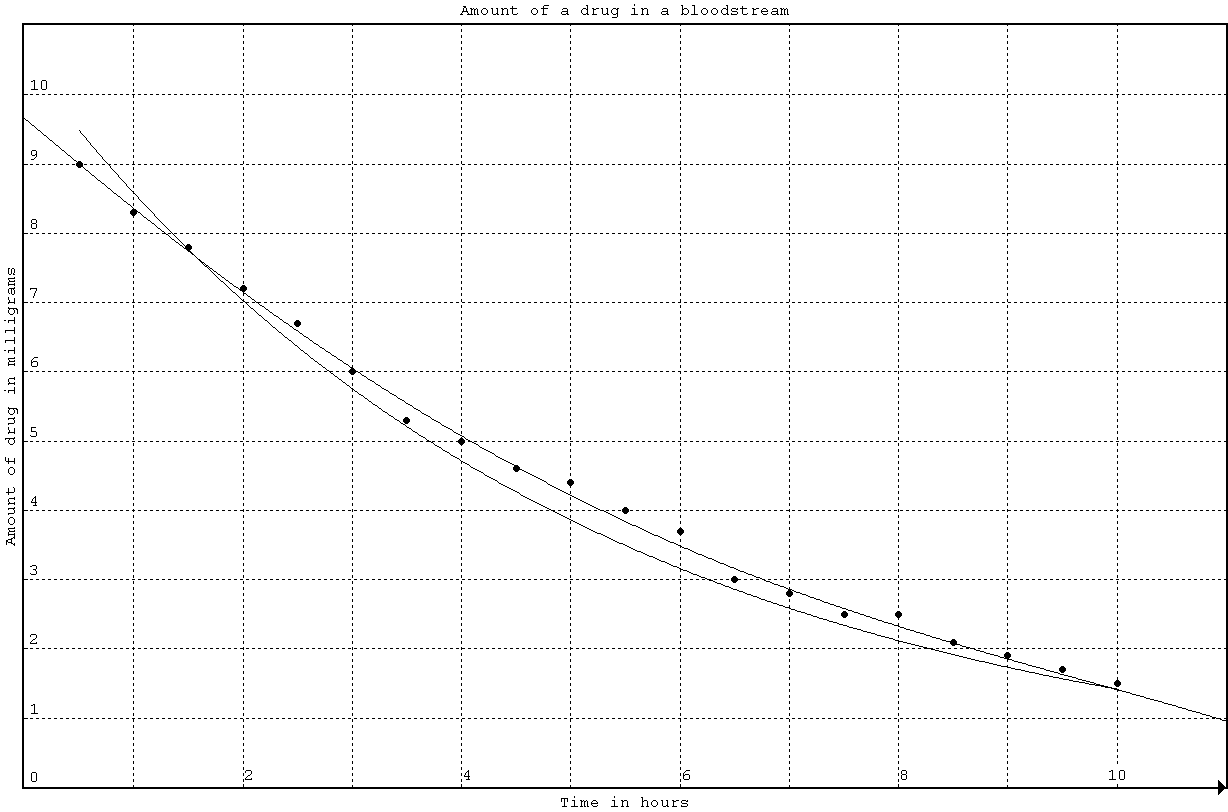 As shown in (figure 2), the function is accurate enough to be used in making predictions as the curve is close enough to the plotted points and it also crosses the curve-fit at some points as well. 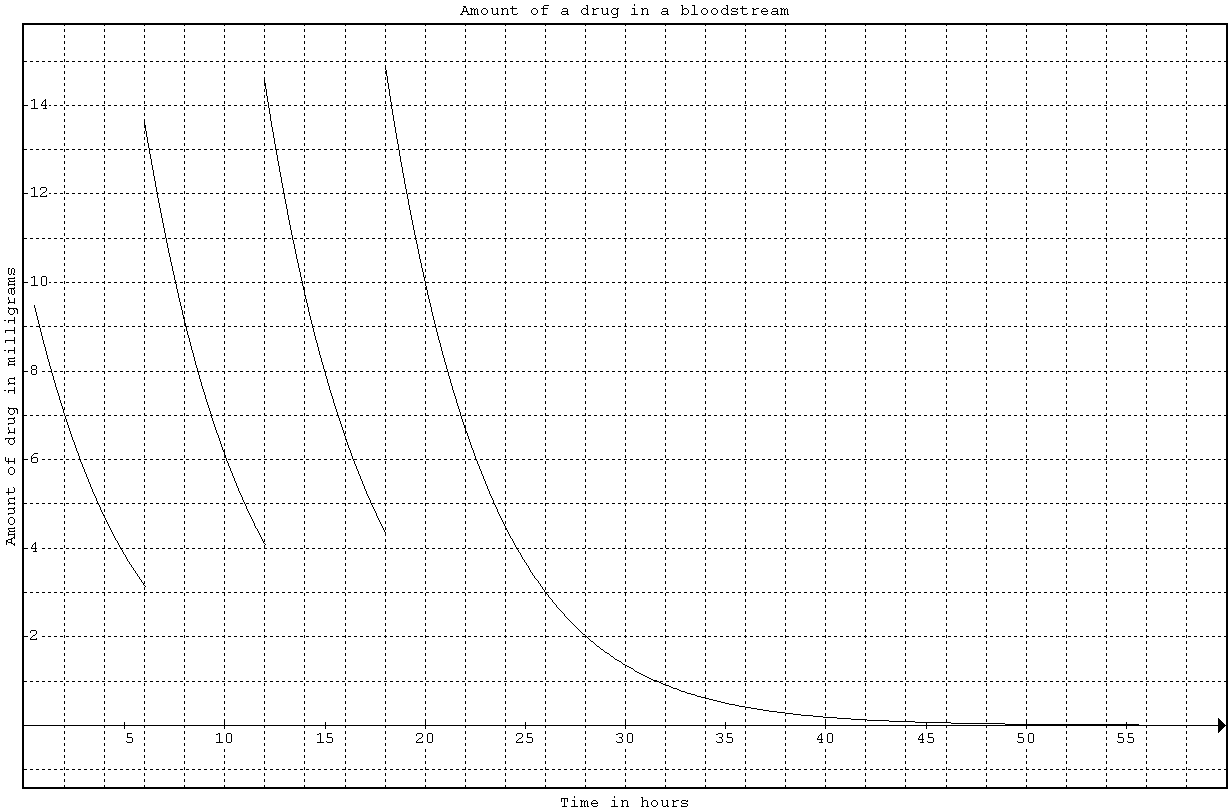 It can be seen that the drug will completely breakdown after less than 3 days. However, according to the model in (figure 5) below, if the patient continued to take the drug every six hours for a week, the amount of drug will always reach the same maximum amount of 15.0μg and a minimum amount of 4.5μg after a period of 60 hours, this concludes that the rate of decrease of the drug is almost proportional to the amount remaining. 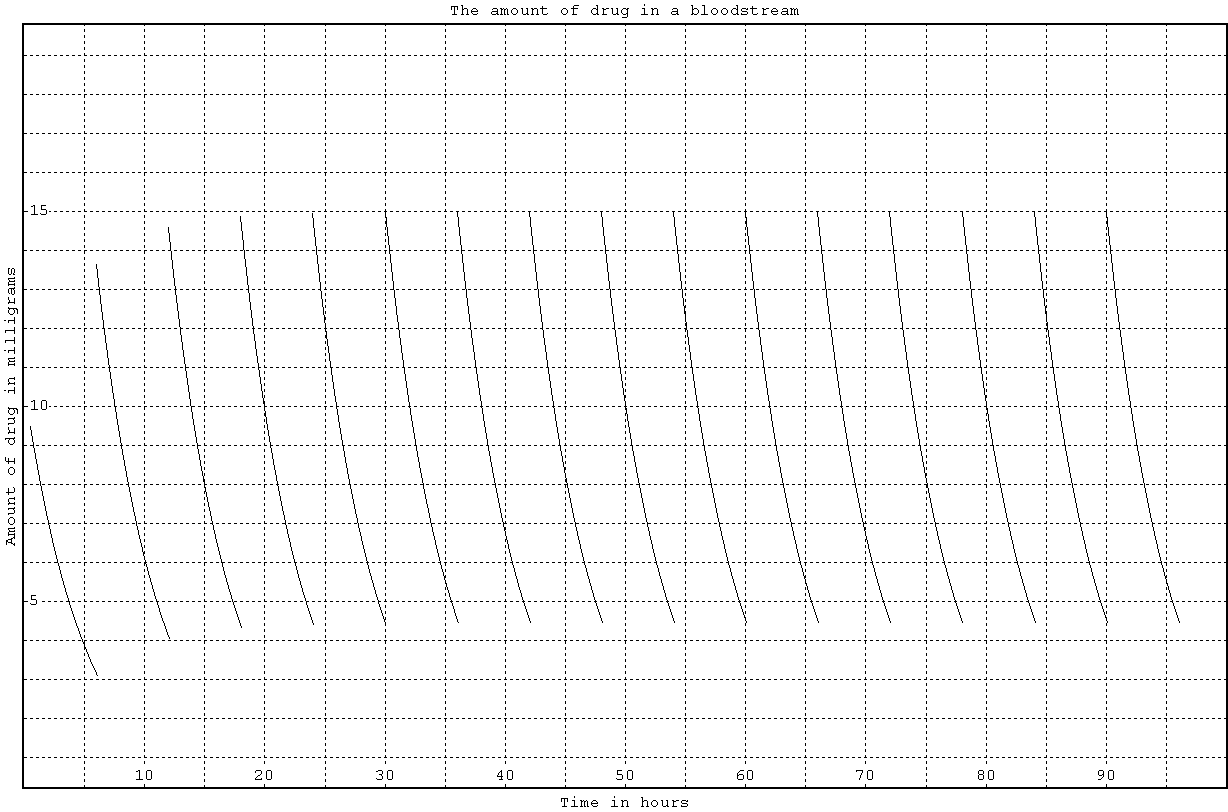 Using a math application in such a case is greatly useful and helpful in order not to make errors in real life for if a patient, such as in the previous case, was given a wrong does of medication it might cost them their life. This indicates that there are always practical uses for mathematics in life as well as protective ones.