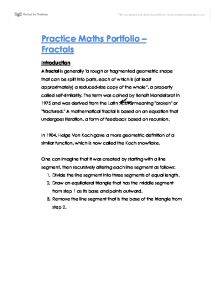 A fractal is generally "a rough or fragmented geometric shape that can be split into parts, each of which is (at least approximately) a reduced-size copy of the whole”, a property called self-similarity. The term was coined by Benoît Mandelbrot in 1975 and was derived from the Latin fractus meaning "broken" or "fractured." A mathematical fractal is based on an equation that undergoes iteration, a form of feedback based on recursion.

In 1904, Helge Von Koch gave a more geometric definition of a similar function, which is now called the Koch snowflake.

One can imagine that it was created by starting with a line segment, then recursively altering each line segment as follows: 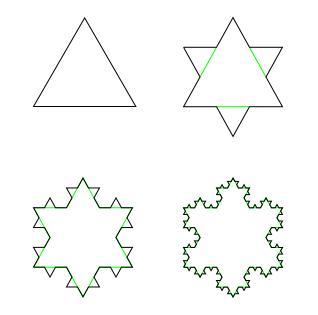 In this Portfolio I am primarily going to see if there is any pattern in this fractal, and for that I am going to get the values for number of sides, length of each side, perimeter of the shape and the area of the shape.

We can see from the table on the right that it is a geometric progression since every successive term after the 1st term is being multiplied by the common ratio.

We can confirm this common ratio by taking two values from the table on the left.

Using Graphamatica, I have plotted and drawn this Graph of n vs. Pn 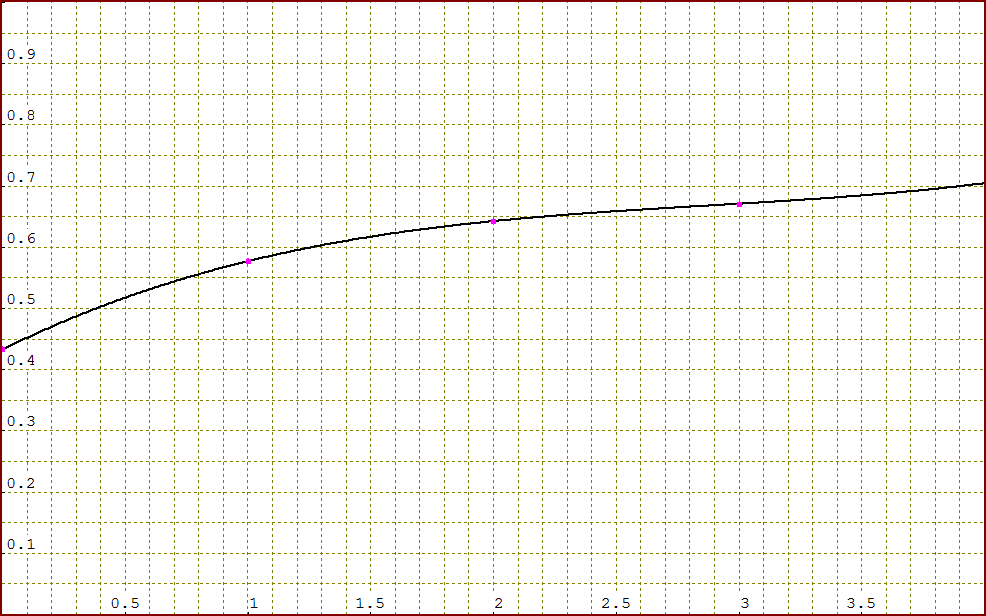 Relationship between n and Area of the shape:

. Now since the denominator goes from 4 to 3 and then goes on increasing in odd powers of three I hypothesised the common ratio to be

which turned out to be correct. After subtracting

and dividing the answers by

and so I multiplied it by the same factor.

General formula for An

The general formula can be verified by putting in values from the table. 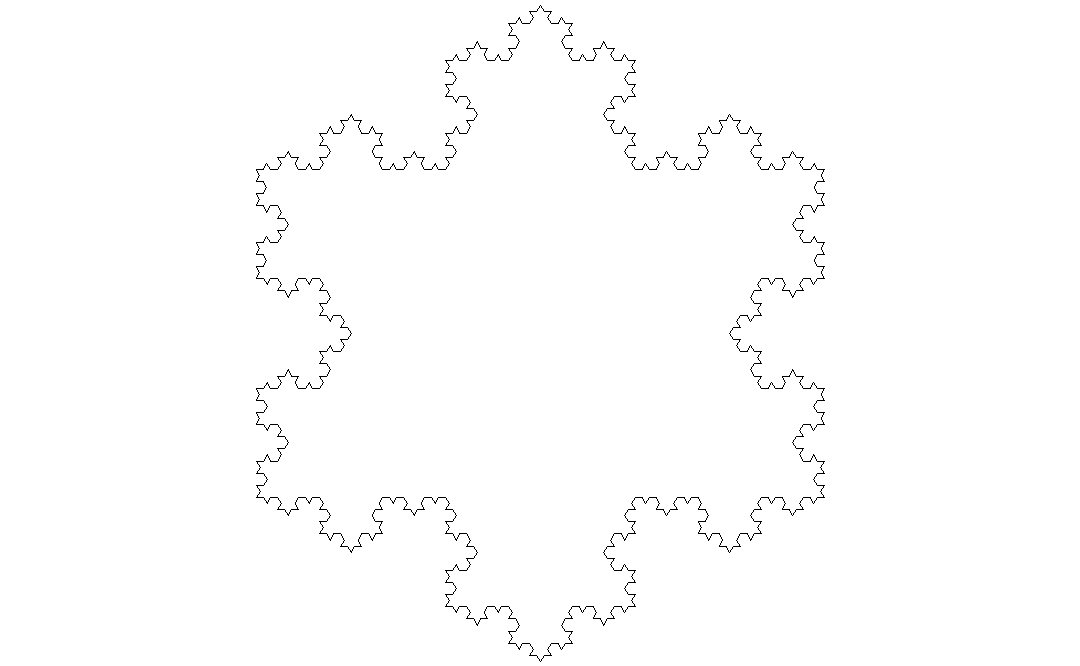 For the diagram above I have used a software called Dr. Bill’s software of the Von Koch snowflake simulation which I found online.

To obtain the above table, various formulas were used in the spreadsheet software (Office ‘07).

These are as following: -

The geometric pattern of the perimeter of the shape is a divergent series as the common ratio is > 1. Hence the perimeter at each stage increases exponentially. This is also proved by the graph. 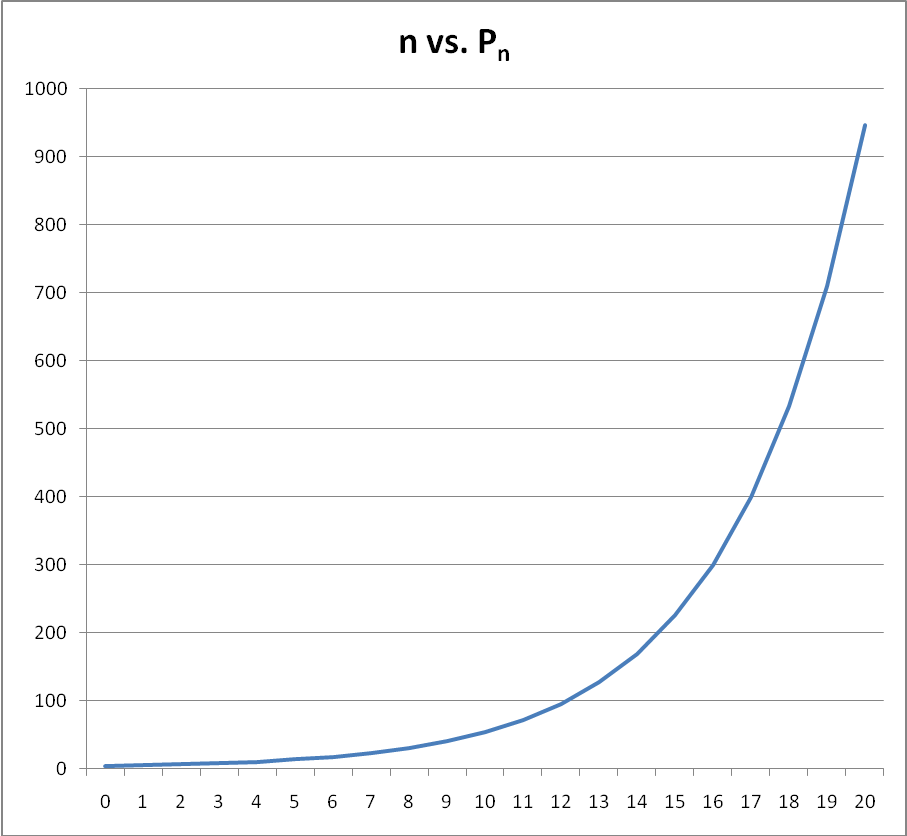 From the graph we cqn see that as,

Area of the shape

For the geometric progression in the formula above we can see that the common ratio is lesser than 1 and so this can be called a convergent series. When n increases towards ∞ ,

becomes so small a value that the highlighted part of the equation becomes  equal to one.

The following iterative formula was derived: -

We can now substitute the general formula derived in this equation: -

To prove this equation by induction...

Therefore, the statement is proven true for n=1.