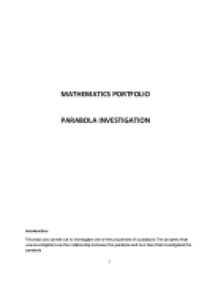 Parabola investigation. The property that was investigated was the relationship between the parabola and two lines that intersected the parabola.

An outline of the task

The task in detail 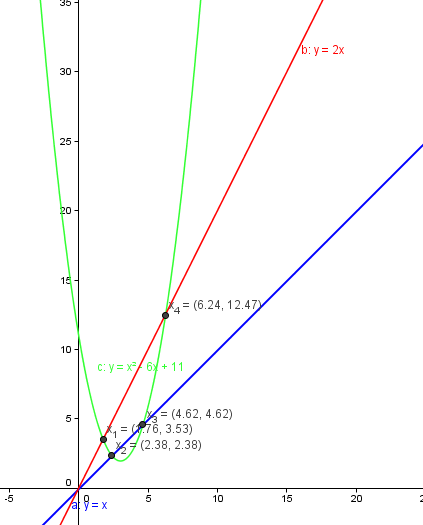 The x values of the intersections were named x1, x2,x3 and x4

The value of D

But as we are not sure whether this conjecture holds for all the values of a till 1.46 where both the lines don’t intersect the graph, the conjecture must be tested. The following shows how the conjecture was tested. 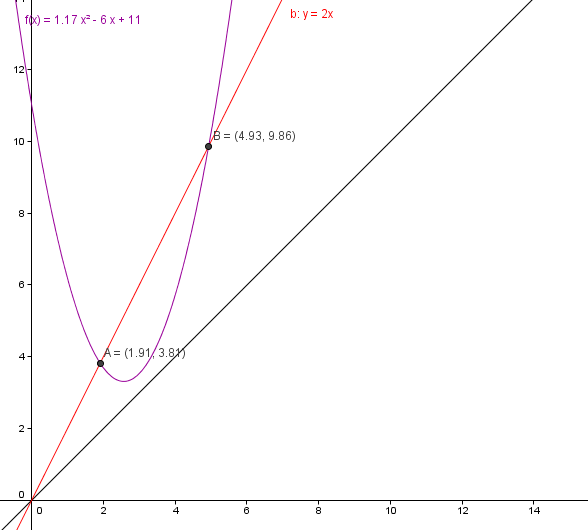 The value of D was found in the following way. 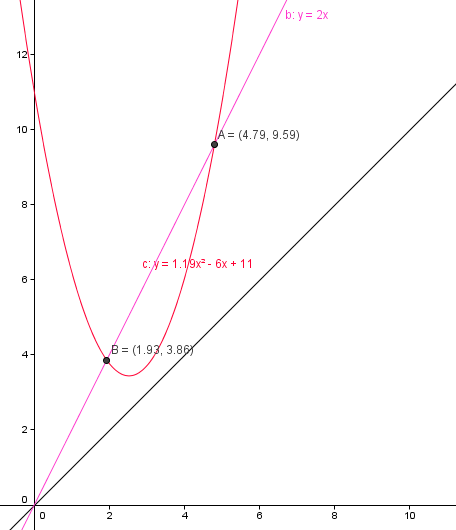 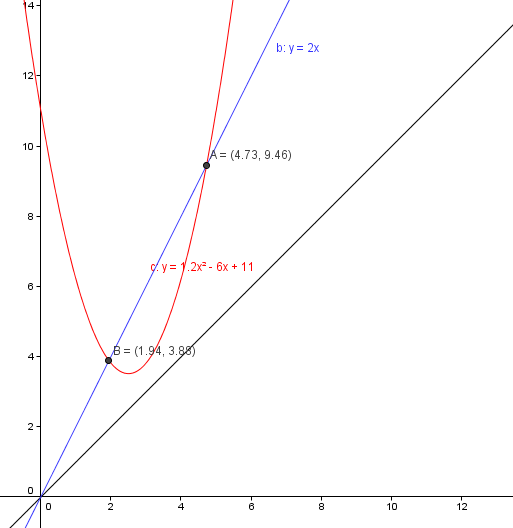 What can be understood from this ?

We can understand that there needs to be two conjectures to understand the patterns of the changes in the value of D when only one line intersects the graph.

So the general rule for any graph and it’s intersecting lines would be that after a certain point the conjecture changes and in this case that is 1.2.

HOW IS THE CONJECTURE FOUND OUT ?
First the graph of y = 1.21x 2 – 6x + 11 was drawn. After this many more graphs were drawn to find the conjecture. All these processes have been described below. 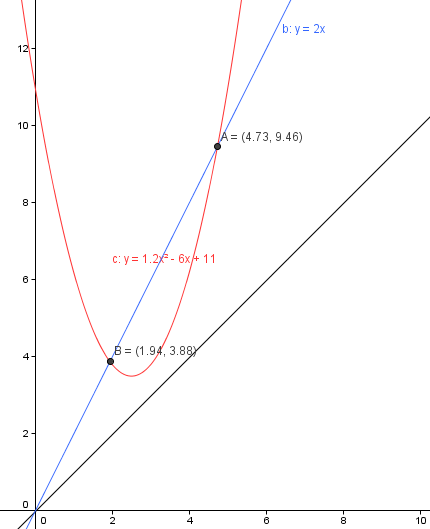 The value of D for this graph was 6.61 but according to conjecture it should have been 6.6 so there is a difference of 0.01. 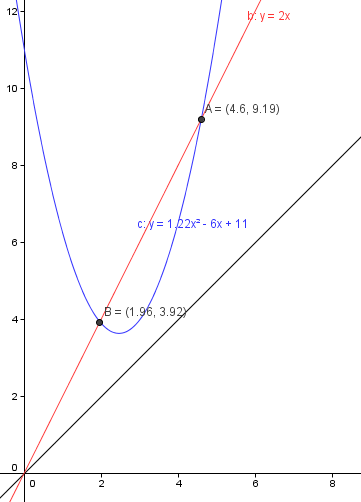 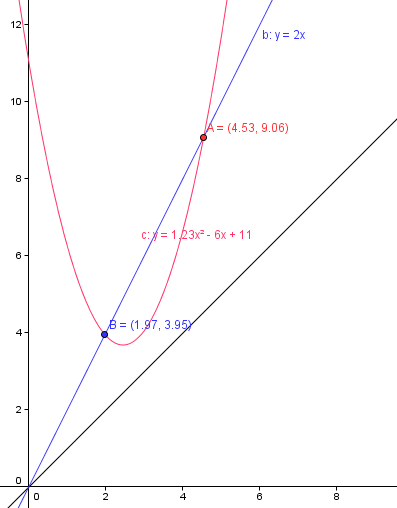 The value of D for this graph was 6.5

The values of D for theses graphs are shown below. 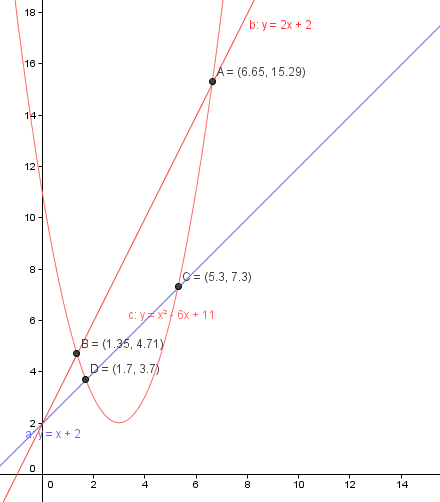 It is shown below. 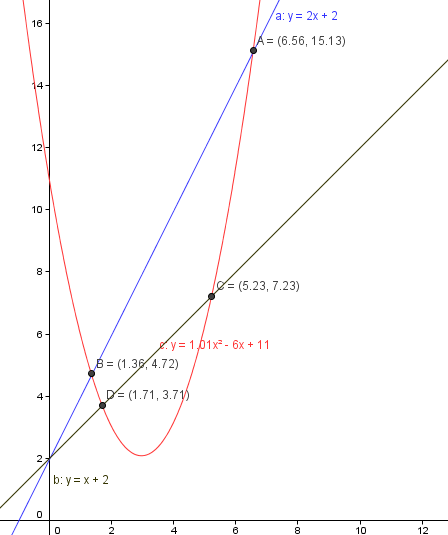 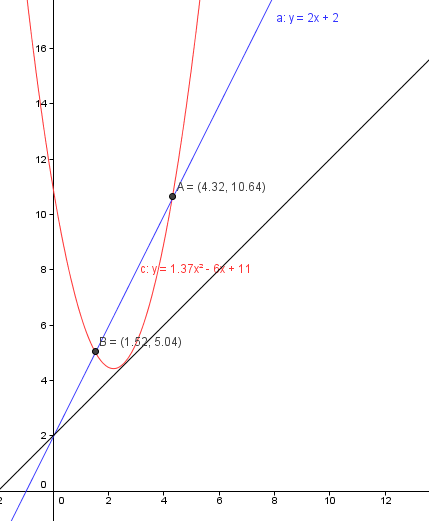 There are two different conjectures for different parts of the graph. One when both the lines intersect and one when only one line intersects. The conjectures have been explained. But the only problem is that when the intersecting lines change, some values in the equation must be changed.