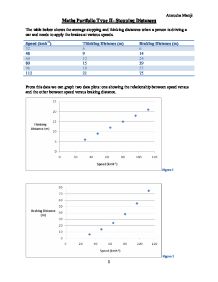 The table below shows the average stopping and thinking distances when a person is driving a car and needs to apply the brakes at various speeds. 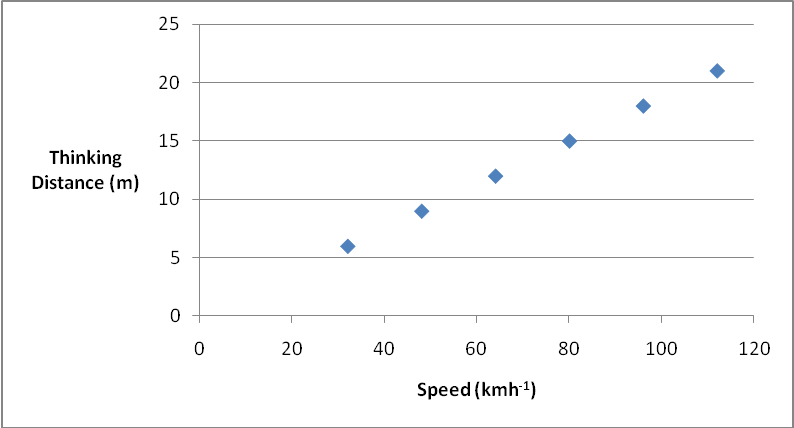 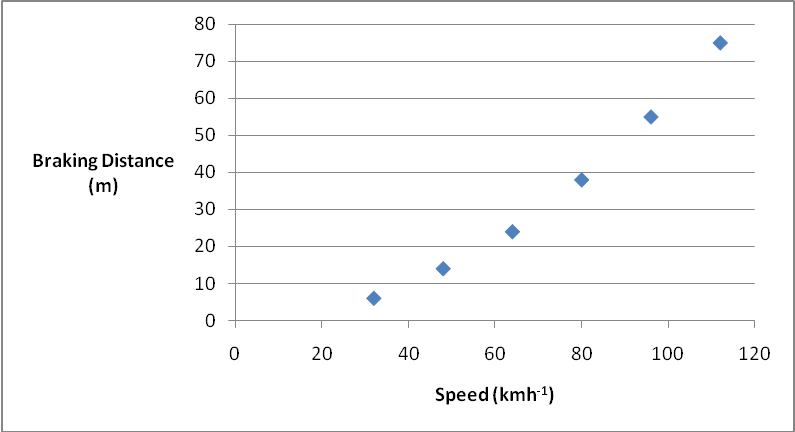 Figure 1 shows a straight line, and therefore it can be said that it is a linear graph. It shows that the correlation between speed and thinking distance is directly proportional and shows the trend that as the speed increases the thinking distance also increases.
The equation of this graph is in the form

, where m is the gradient, and c is the y intercept. The equation can be worked by following these steps:

This shows that the line,

, fits exactly with the values given.

Figure 2 has a graph with an increasing gradient and looks like a part of a quadratic curve suggesting that the braking distance increases with speed. The equation of the curve above almost follows the curve,

. This can be found using a graphic calculator.

To see how well the curve fits mathematically, below is a table showing the output values from the equation

and comparing them to the values already given.

The overall stopping distances for other speeds are shown below:

The first and last values to do not fit the curve well but the middle 2 values do. From looking at the graph above we can see that all the overall stopping values sit on a curve so it is evident that the problem is in the curve function itself.