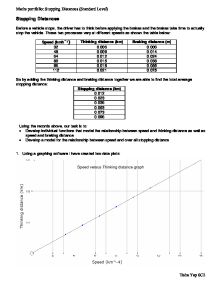 Before a vehicle stops, the driver has to think before applying the brakes and the brakes take time to actually stop the vehicle. These two processes vary at different speeds as shown the table below:

Using the records above, our task is to: 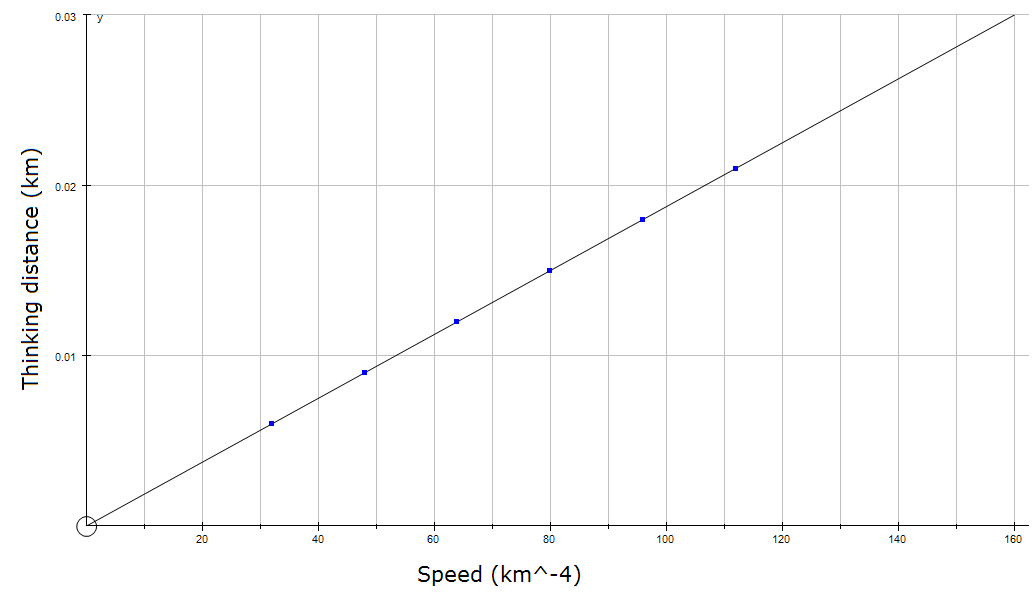 The values between the thinking distances have a fixed interval and a set value for the speed making it a straight line with a positive constant gradient of 16/3.

the y-intercept of the linear is 0 because as the speed is 0 there is no need to think to brake the vehicle so:

the final function we get from using the equation is: 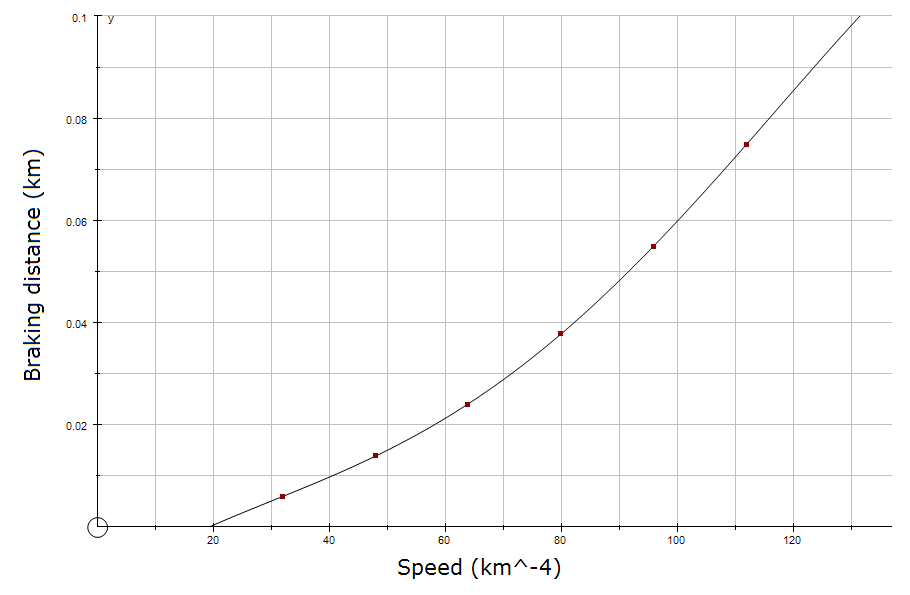 Therefore the quadratic equation, y=a(x+ a)² also known as  y=ax²+bx+c can be applied to model its behavior.

As the speed is 0 the braking distance would be 0 as well therefore the y intercept will be a repeated root, this will mean that a 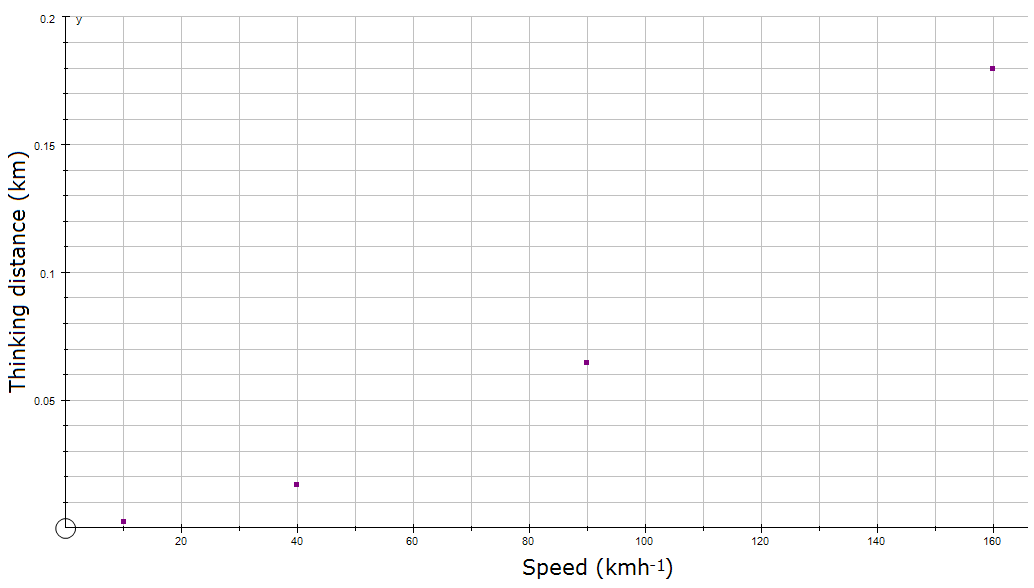 As we can see, the points are forming a curve which is alike the previous quadratic graphs however, the equation of the graph:

May still be a quadratic equation but it is not exactly the same as the other stopping distance equation because different factors such as the tire friction, the weather/conditions, the driver’s age and the road’s surface all affect the overall stopping distance. Anomalies have to be taken into account as well as accidents can happen which affect the outcome. With more data, the accuracy of the graph can be improved so that the function can also be modified and become more precise.