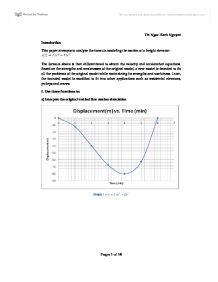 This paper attempts to analyze the formula modeling the motion of a freight elevator:

This paper attempts to analyze the formula modeling the motion of a freight elevator:

The formula above is then differentiated to obtain the velocity and acceleration equations. Based on the strengths and weaknesses of the original model, a new model is founded to fix all the problems of the original model while maintaining its strengths and usefulness. Later, the founded model is modified to fit into other applications such as residential elevators, pulleys and cranes.

1. Use these functions to: 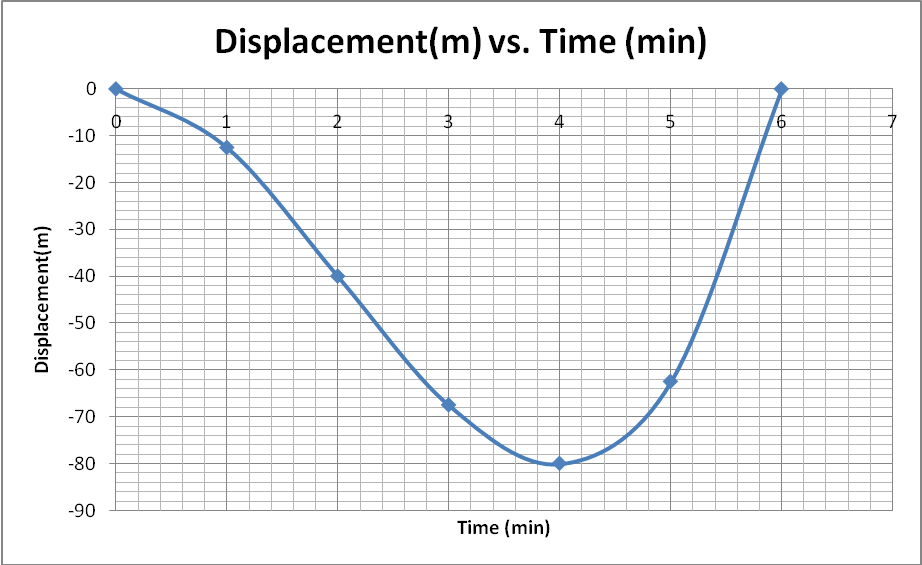 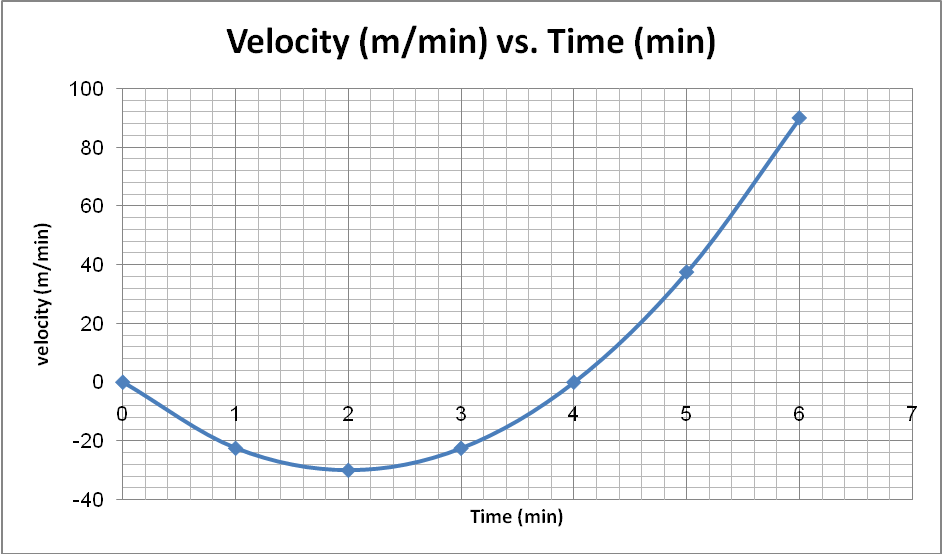 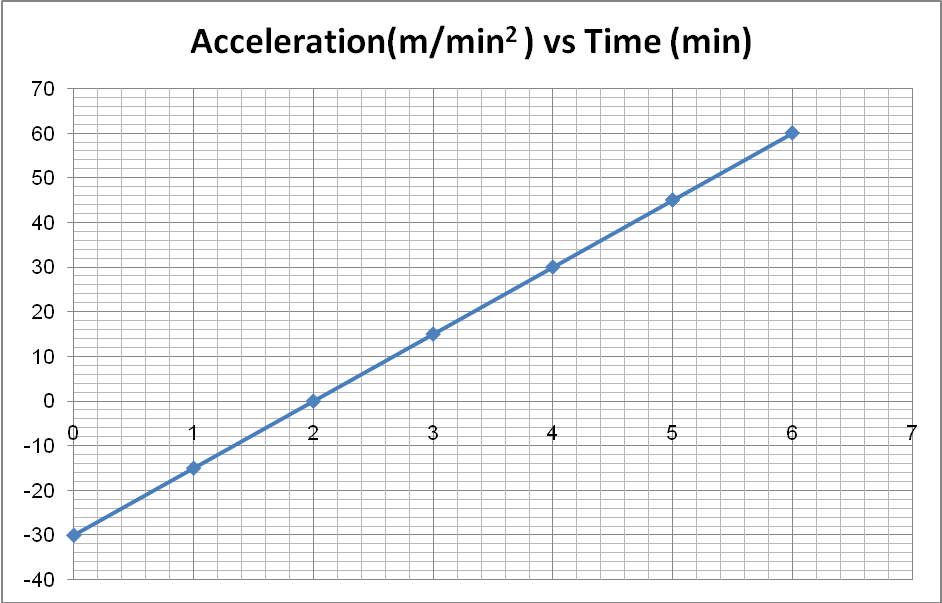 From the three graphs above, the motion of the freight elevator can be described as below.

From the graph of velocity versus time, the elevator speeds up at first from t = 0 to t = 2. From t = 2 and t = 4, the velocity slows down, comparing with the displacement graph, the elevator has slowed down when it comes near the shaft.

3 and 4. To ensure the periodic phenomenon in the movement of the elevator, a trigonometry equation is employed. Explain how your model addresses the problems of the given model and satisfies the specifications of  a well-functioning elevator for a mining company.

The model has the general formula

The period is 6 minutes, so

The principal axis is the middle between the maximum and minimum values: 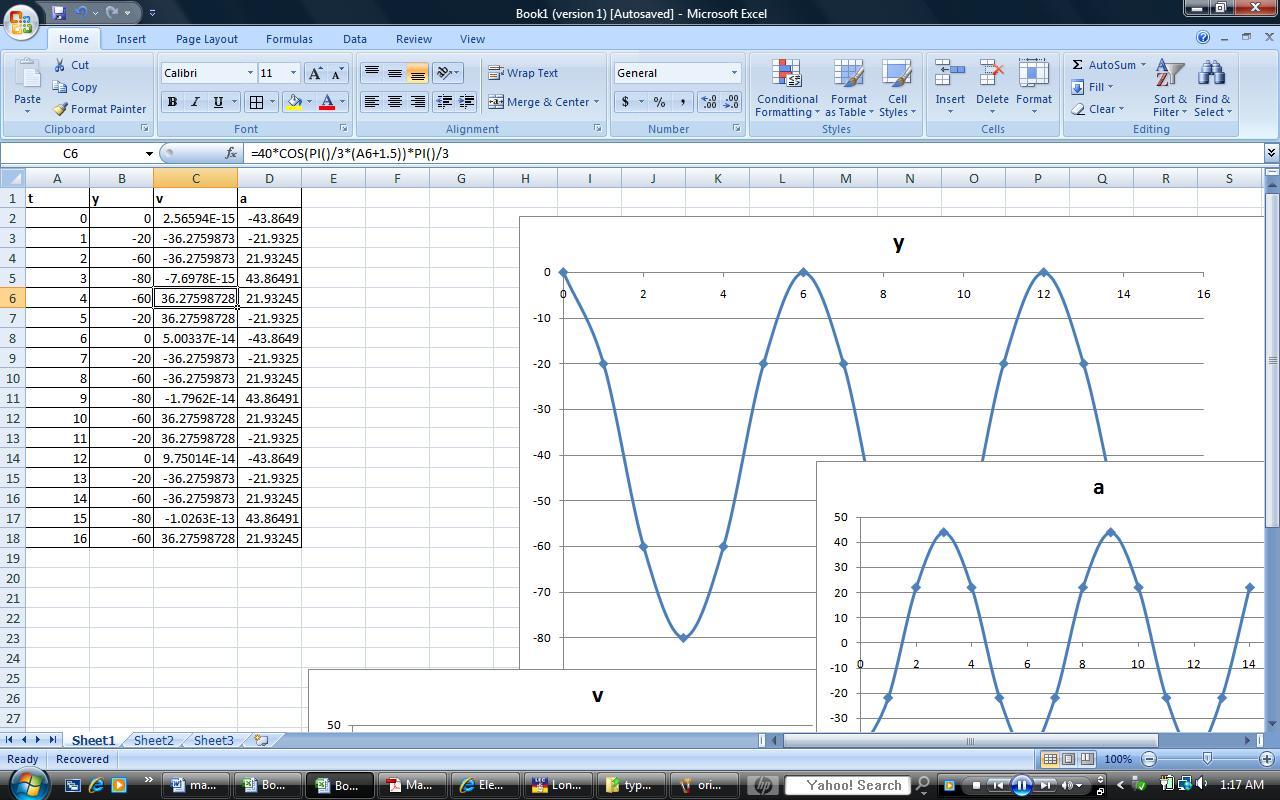 Table 2 Values of displacement (y), velocity (v) and acceleration (a) based on the new model formula

In the table values, using the same displacement distance (which is -80m), it can be seen the time for the elevator to come down to the mineshaft is equal to the time it takes for the elevator to come up to the ground. This is an improvement for the problems of the original model.  When the elevator comes near the shaft or the ground, the velocities are really small, nearly zero, which are -7.7 x 10-15 and 5.0 x 10-15. Fulfilling the specifications listed above, the elevator first speeds up and then slows down again when it comes to either the ground or the mine shaft. These problems can be seen on the graphs of displacement, velocity and acceleration. 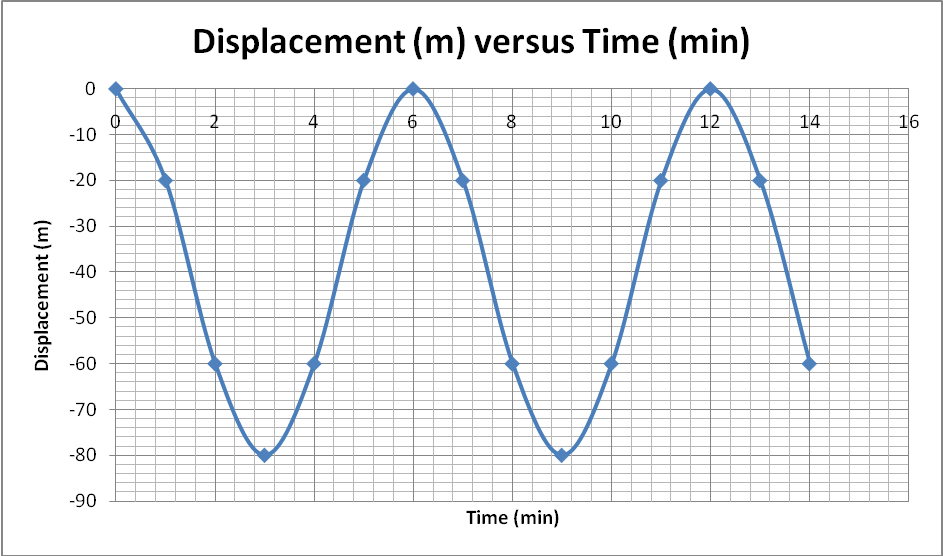 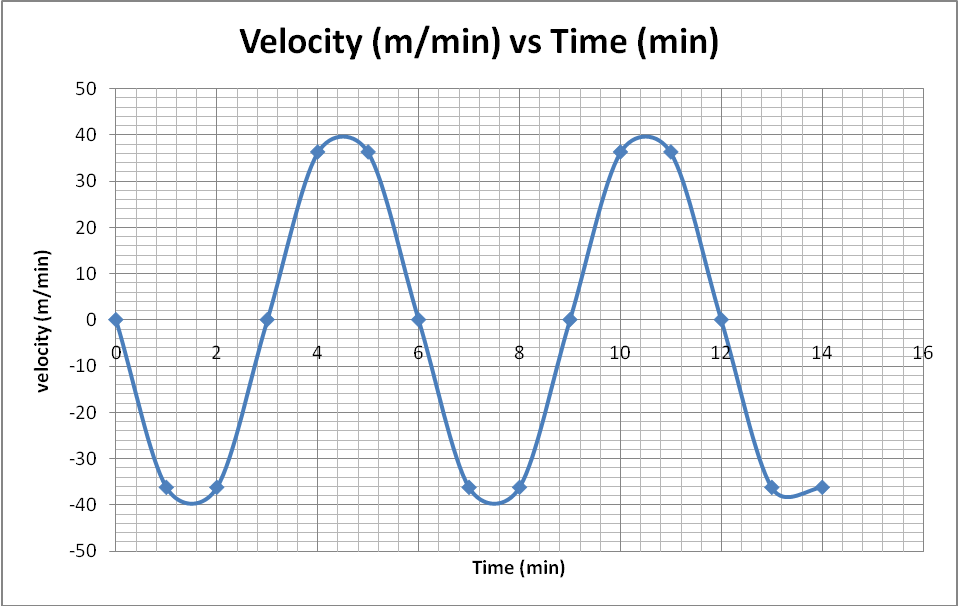 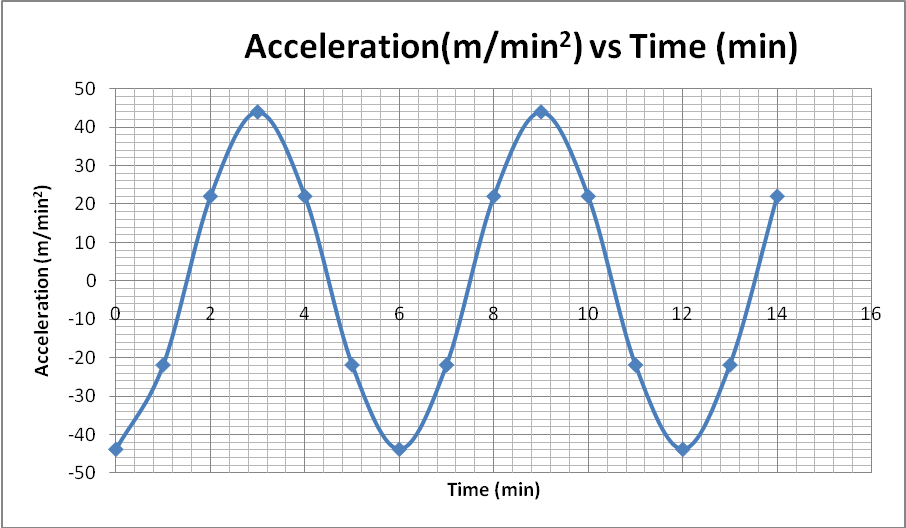 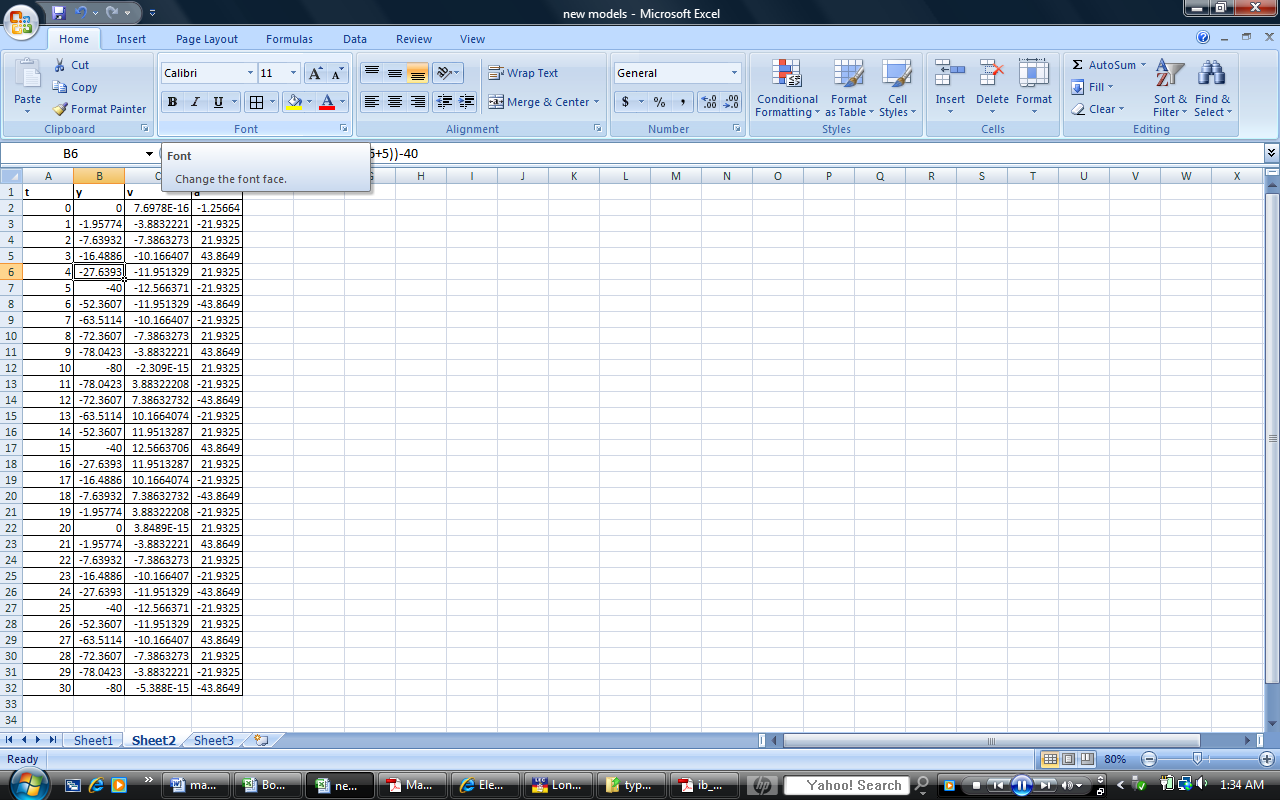 Table 3 Values of displacement (y), velocity (v) and acceleration of the refined version of the new model formula 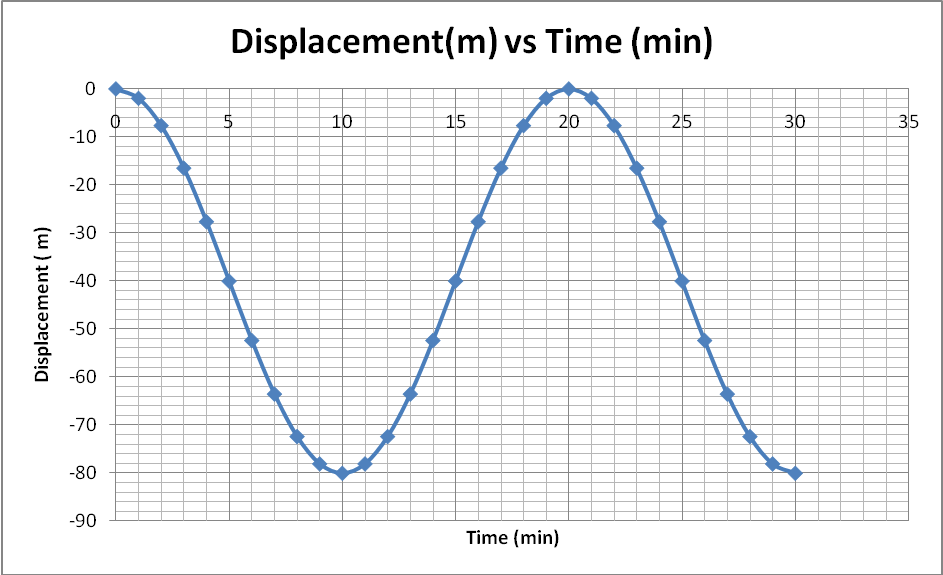 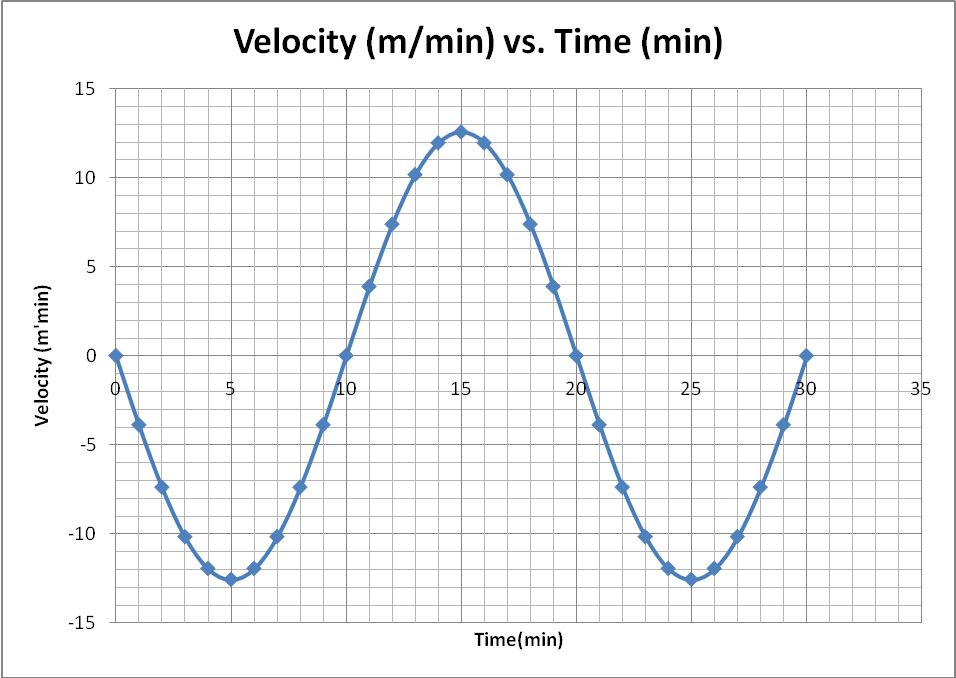 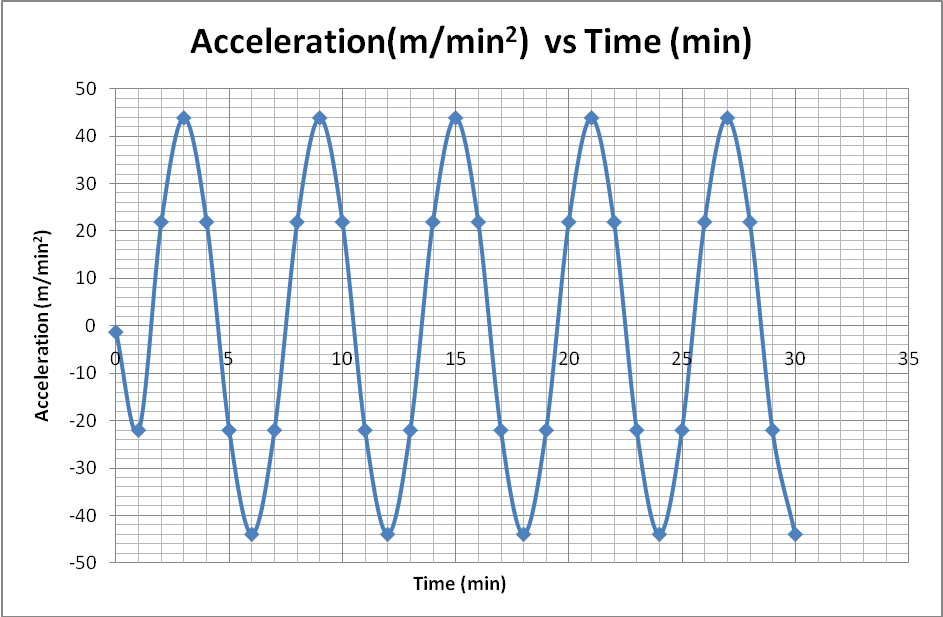 4. Explain how your model may be modified to be useful in other situations

The model founded is to be applied upon the elevator for a mining company. This elevator moves into the underground, in other words, below the ground surface. Other situations may involve an object moving upwards such as an elevator in a hotel, a pulley, or a crane. Not taking the time spending at the maximum distance, the initial position or anything in the range, the formula can be applied to calculate the height, velocity and acceleration of the object.

The model has the general formula

The principal axis is the middle between the maximum and minimum values:

Some conclusions can be drawn upon the results obtained in this investigation. First, based on the displacement, velocity and acceleration graphs, the reliability and the practicality of a formula on how a model works.

The original model has the displacement equation, velocity equation and acceleration equation as shown below:

To improve the weaknesses of the original model which include unrealistic and hazardous velocity as well as acceleration, a refined model has been made:

The general formula for an object to have similar motions to the elevator is: