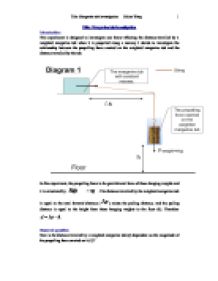 Forces Lab. I decide to investigate the relationship between the propelling force exerted on the weighted margarine tub and the distance travelled by the tub. 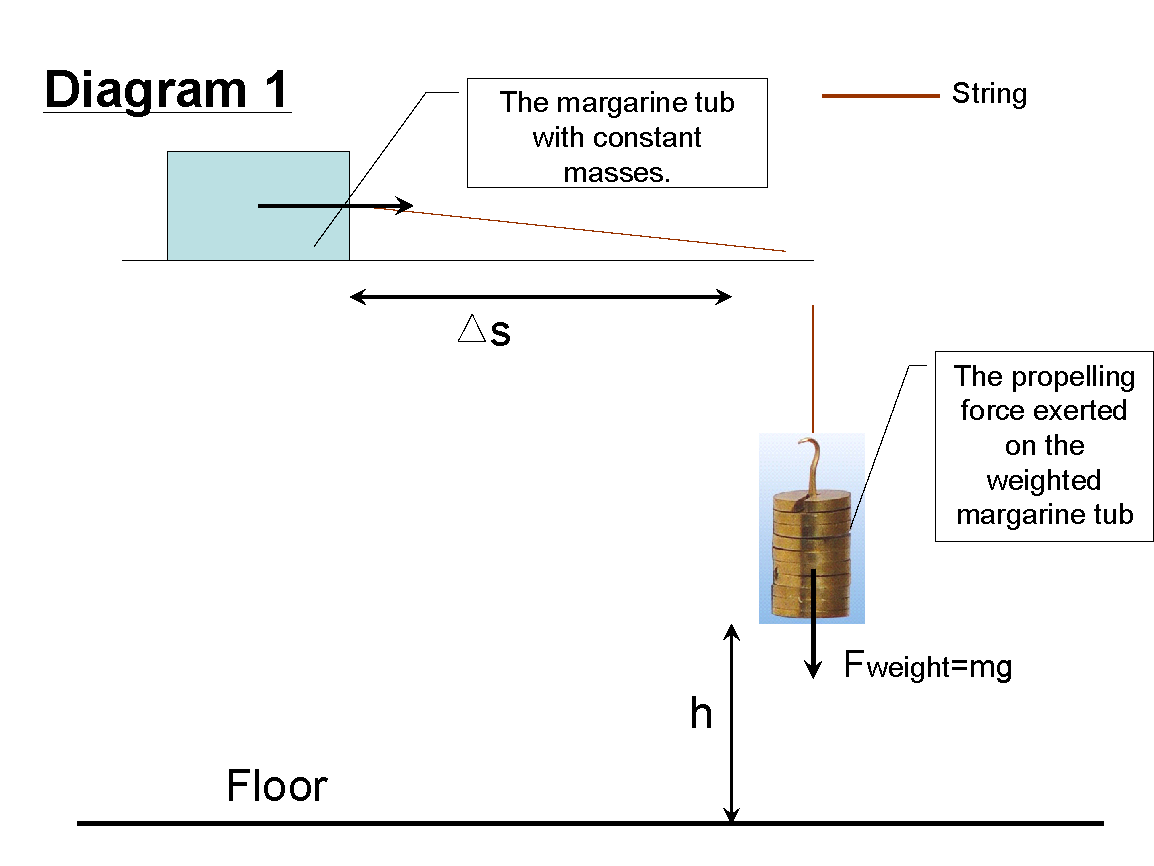 In this experiment, the propelling force is the gravitational force of those hanging weights and it is calculated by

. The distance travelled by the weighted margarine tub is equal to the total forward distance ( 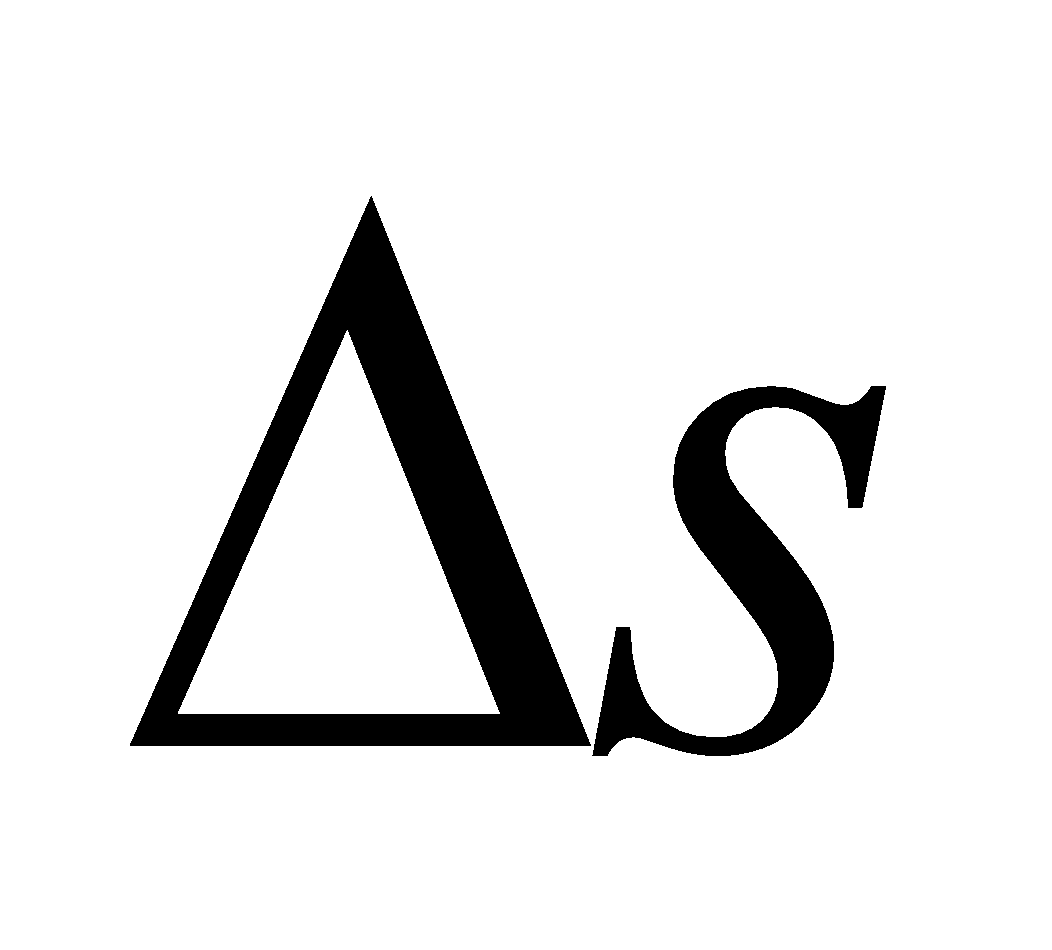 How is the distance traveled by a weighted margarine tub (d) dependent on the magnitude of the propelling force exerted on it (F)?

Independent variable: The magnitude of the mass of the hanging weights.

Dependent variable: The distance travelled by a weighted margarine tub

As shown in diagram 1 above, the margarine tub and the hanging weights are connected by a string, therefore they are in the same system. Theoretically, the total energy in the system is conserved, which means the loss in the gravitational potential energy when the weights drop (PE) is equal to the kinetic energy gained by the weighted margarine tub (KE) which propels the tub to move. After the tub is propelled, the only horizontal force exerted on it is the friction between the tub and the runway (f), and it is the friction that slows the tub down and finally stops it. Therefore the kinetic energy gained by the tub is equal to the work done by the friction between the tub and the runway. 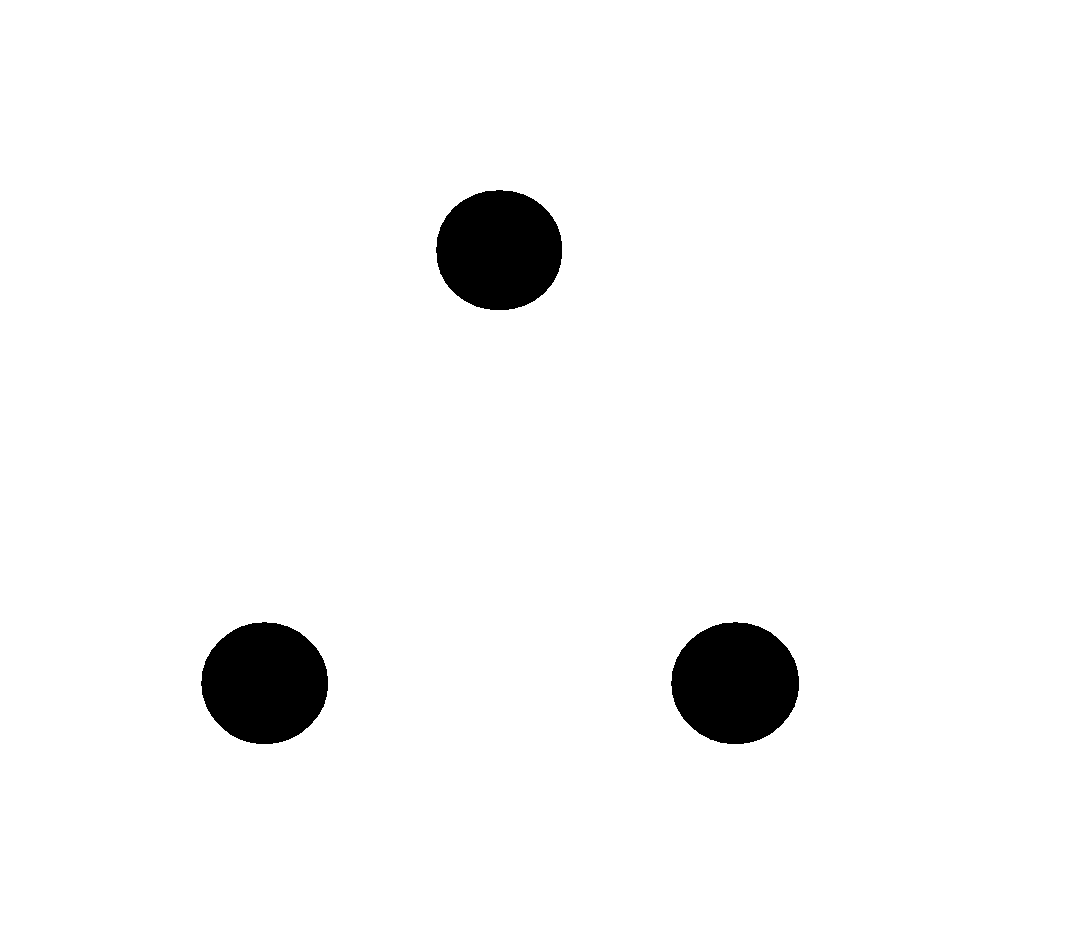 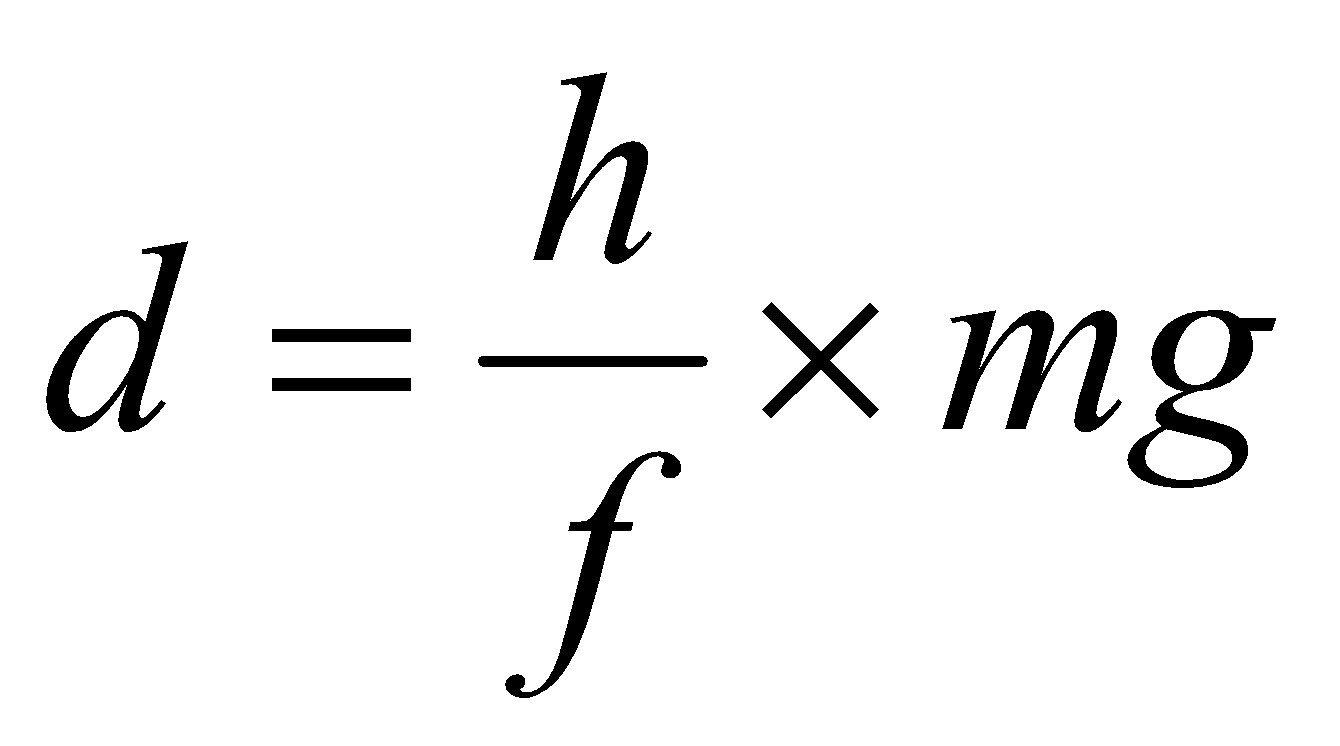 As the height from the weights to the floor is controlled to be constant, and the friction is kept constant by using the same runway, I expect Fweight will be proportional to d.

* The height from hanging weights to the floor is 0.5

* The uncertainty in mass is estimated to be

* The uncertainty in height is estimated to be

* The uncertainty in total distance is calculated from 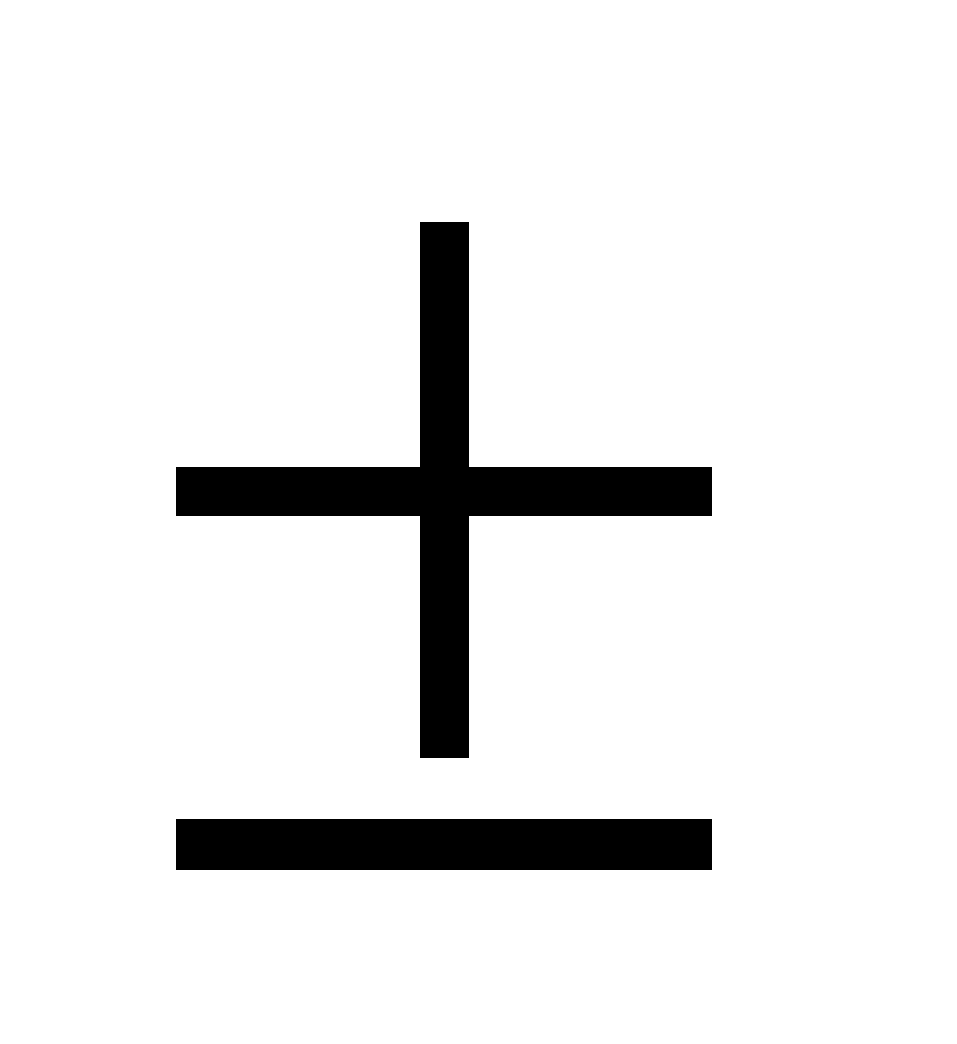 The uncertainty in distance 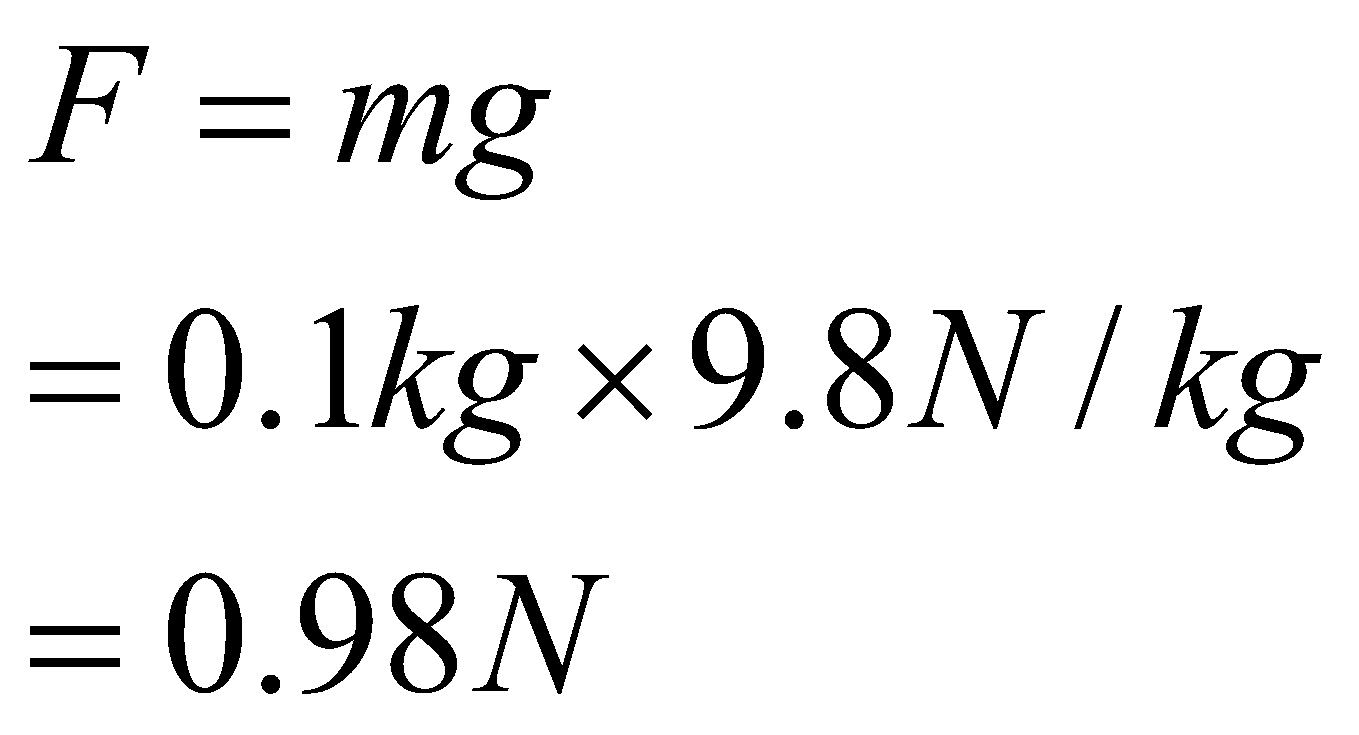 I finished my experiment within the time limit (three classes). However, the range of values and the number of repetitions don’t seem enough for my graph. The reason for the limited range of values is that smaller propelling force can’t make the tub move, and the runway is not long enough for the weighted margarine tub to finish travelling under larger propelling force. I have done my experiment under the largest possible range.

To improve my results, I would try to avoid those uncertainties within my method as shown in diagram 1 that I have mentioned in evaluation. A way to do that is to install a fixed pulley at the corner of the lab table. The fixed pulley will reduce the amount of friction, and also keep the string parallel to the runway. By doing this, I can probably get more accurate results.

My results are also limited by my relatively small number of repetitions of my experiment. More repetitions can definitely make my result more accurate as they may give me a wider data to determine the uncertainties.

To make the uncertainties even less, I would like to choose a totally inelastic string to do the experiment because the stretch of the string may consume energy as well, therefore make the result less accurate.