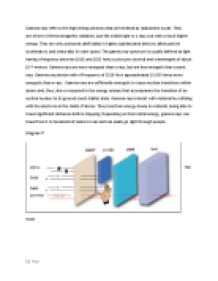 Gamma rays refer to the high energy photons that are emitted by radioactive nuclei. They are a form of electromagnetic radiation, just like visible light or x rays, but with a much higher energy. They are only produced (artificially) in highly sophisticated devices called particle accelerators, and (naturally) in outer space. The gamma ray spectrum is usually defined as light having a frequency between 1018 and 1021 hertz (cycles per second) and wavelengths of about 10-11 meters. Gamma rays are more energetic than x rays, but are less energetic than cosmic rays. Gamma ray photon with of frequency of 1019 Hz is approximately 10,000 times more energetic than x rays . Gamma rays are sufficiently energetic to cause nuclear transitions within atoms and, thus, also correspond to the energy release that accompanies the transition of an excited nucleus to its ground (most stable) state. Gamma rays interact with material by colliding with the electrons in the shells of atoms. They lose their energy slowly in material, being able to travel significant distances before stopping. Depending on their initial energy, gamma rays can travel from 1 to hundreds of meters in air and can easily go right through people.

Scintillation counters are made from materials which emit light when charged particles move through them. To detect these events and to gain information about the radiation, some means of detecting the light must be used. One of the first scintillation detectors was a glass screen coated with zinc sulfide. This sort of detector was used by Ernest Rutherford in the early versions of his classic experiment in which he discovered the nucleus of the atom by scattering alpha particles from heavy atoms such as gold. The scattered alpha particles hit the scintillating screen, and the small flashes produced were observed by experimenters using only the human eye.

1: terrestrial: originated from the planet earth (not alien). 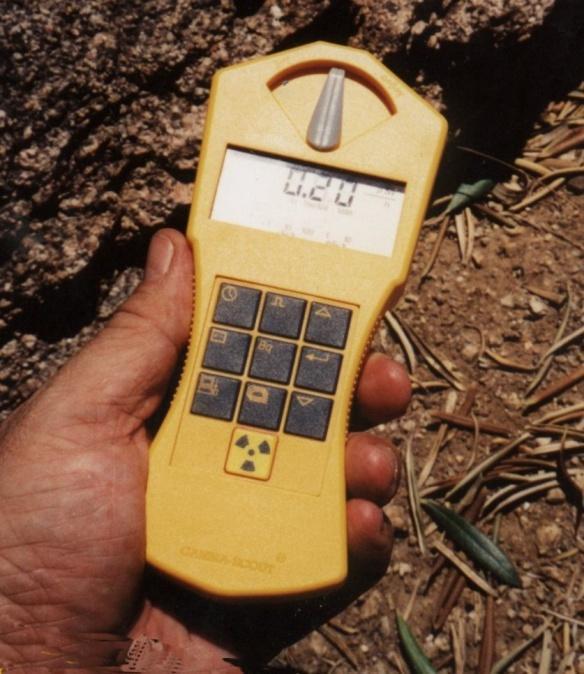 Gamma radiation is also important in the medical sciences. Ionizing radiation is more harmful to cells when they are dividing (replicating their DNA), and this has led to the use of gamma radiation for the treatment of cancer. The rapidly 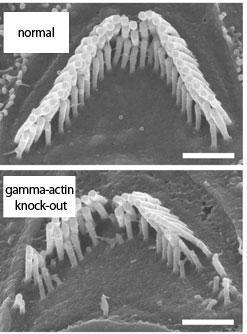 05 diagram showing the effect of gamma rays on tissues.  Retrieved from: http://www.nidcd.nih.gov/news/releases/09/pages/06_24_09.aspx