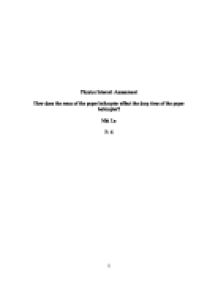 Manipulated Variable: The mass of the paper helicopter

Responding Variable: The drop time of the paper helicopter

The drop time will be measured with a stopwatch (±.01s).