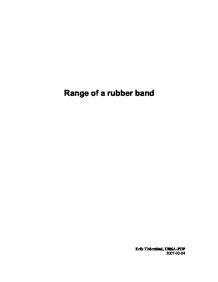 Range of a rubber band

The aim of this experiment is to find how the amount of stretching, when shooting a rubber band, affects the length of the shot.

Stand, double muff, 2 flags, 2 rubber bands with an circumference of 0.20 respective 0.22 m, measuring tape with an uncertainty of

, and a ruler with an uncertainty of

The experiment was performed indoors at normal room temperature. We of course began to set up our equipment in a proper way. (see picture) The setup ensured that we would have the same angle of the rubber band in each shot. Three different lengths between the flags were used, 0.15 m, 0.20 m and 0.25 m. When the rubber bands were attached to the flags, the total circumference of the rubber bands then became 0.30 m, 0.40 m and 0.

All lengths are in meters.

The following result was reached when investigating the shot length on different stretching lengths:

These values are then inserted in a graph, which looks like following: 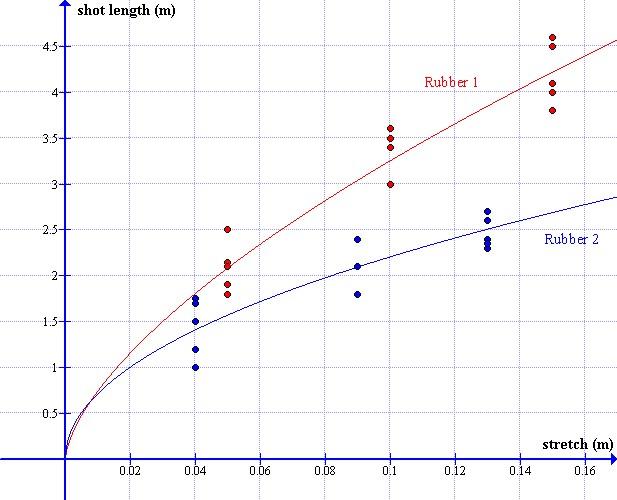 If all these improvements would have been made, the experiment would have generated both a more secure conclusion, but also a wider one. Now the second rubber band was just a waste of time, as it did not generate any results which could be used in the conclusion. It could instead have helped to improve the experiment.