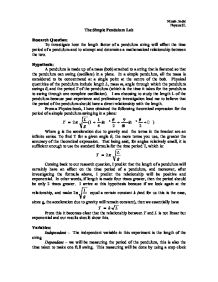 investigate how the length factor of a pendulum string will affect the time period of a pendulum and to attempt and determine a mathematical relationship between the two.

To investigate how the length factor of a pendulum string will affect the time period of a pendulum and to attempt and determine a mathematical relationship between the two.

From a Physics book, I have obtained the following theoretical expression for the period of a simple pendulum swinging in a plane:

Where g is the acceleration due to gravity and  the terms in the bracket are an infinite series. To find T for a given angle θ, the more terms you use, the greater the accuracy of the theoretical expression.

Now in the following table I will first calculate all the averages for the different lengths by simply adding up the period times and dividing by the amount of trials:

Then I will calculate the theoretical textbook values by using the formula I introduced at the start of this lab: 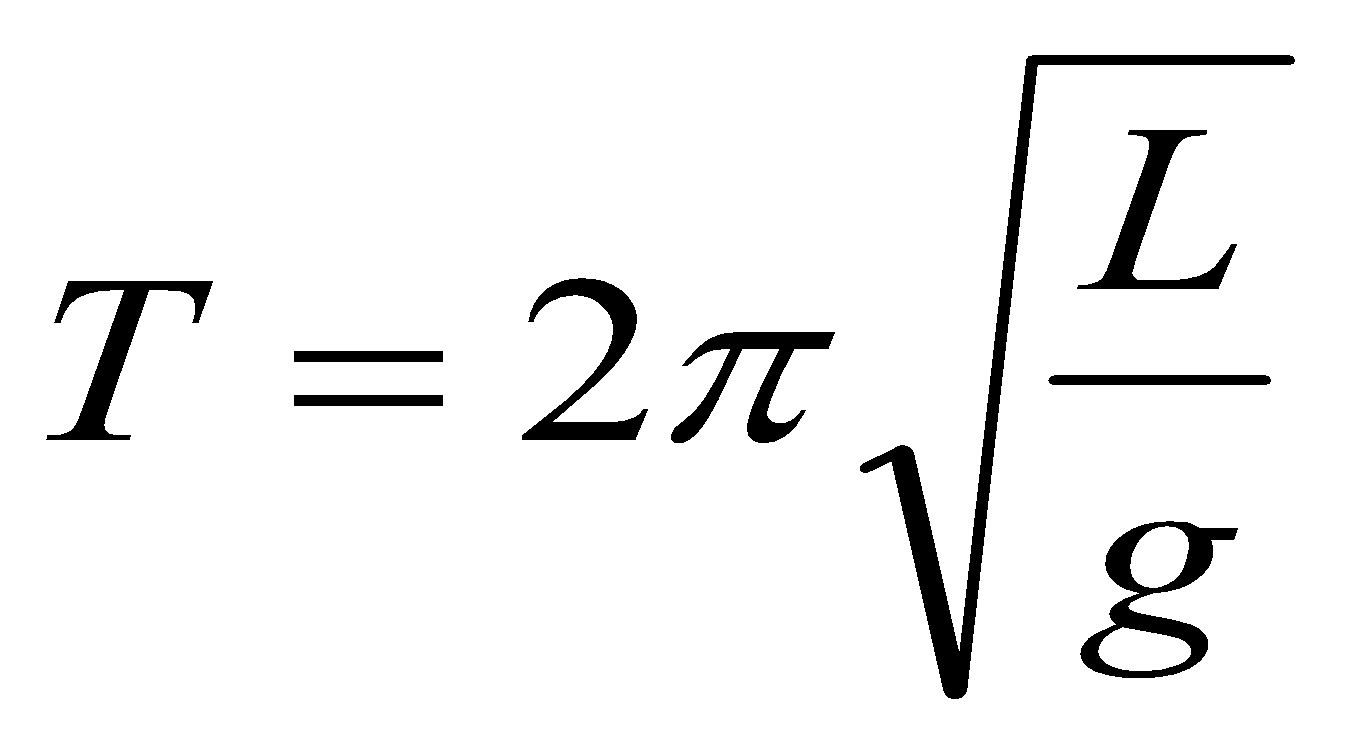 Obvious sources of error would include having tools that were difficult to measure precisely with (the ruler and the protractor) and also getting the pendulum to suspend symmetrically from one point.  Also as I previously mentioned, the stop watch is only accurate to about one tenth of a second.  On top of that, we had one member of the group releasing the pendulum, and another activating the stop watch, therefore their actions did not coincide directly which could have led to a delay in some results.

Realistic improvements that could cut some weaknesses of the procedure could include using greater lengths of string and doing the procedure in a greater space.  The reason for this change would be to increase the time of oscillation because when we used lengths shorter than a meter, often the time of the period was so short, it was very difficult to start and stop the timer.  If the period becomes slower and takes up more time, it could make timing more precise.

Moreover, I believe the more trials done, the better chance you will get of obtaining the best average value.  The procedure itself is not that complicated, and I believe we had time to do 10 trials instead of 5, which would be been better.  To improve the investigation I would also suggest having the person who releases the pendulum start the timer as well.  This is because he/she will have a better understanding and faster impulse as oppose to someone who is waiting for the pendulum to drop