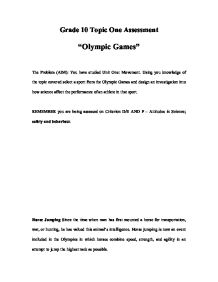 Movement - modelling the height jumped by horses in the Olympics

The Problem (AIM): You have studied Unit One: Movement. Using you knowledge of the topic covered select a sport from the Olympic Games and design an investigation into how science affect the performance of an athlete in that sport.

REMEMBER you are being assessed on Criterion D/E AND F – Attitudes in Science; safety and behaviour.

Horse Jumping Since the time when man has first mounted a horse for transportation, war, or hunting, he has valued this animal’s intelligence. Horse jumping is now an event included in the Olympics in which horses combine speed, strength, and agility in an attempt to jump the highest rack as possible.

Aim: I plan on investigating how the speed of a ball can affect the height at which it reaches. In horse jumping the horse will have to balance three components - speed, technique and strength to reach the maximum height travelled. The question raised is as follows: What is the relationship between the velocity (m/s) of a ball and the height (cm) at which it reaches? I am going to make a model for the horse jumping horses’ in the Olympic Games. I am going to use a ball to model the horse. 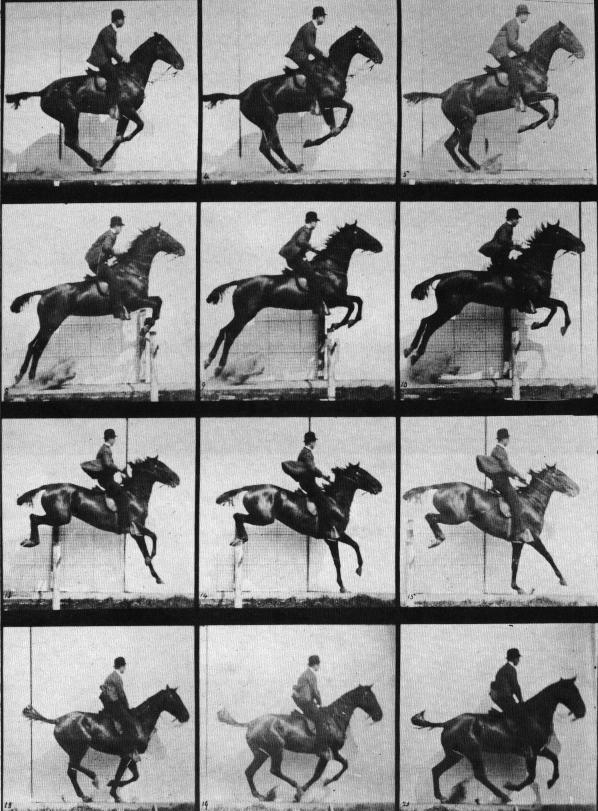 KE converts to PE or the horse hits the wall

The curve type I will choose to prove that the height is proportional to velocity squared is y = ax + b. In this case, a = 2.439, and b = -1.233. The following graph represents my data, and it is clearly shown that the line of best fit does not match the scattered points, as it also does not start from the origin at (0,0). 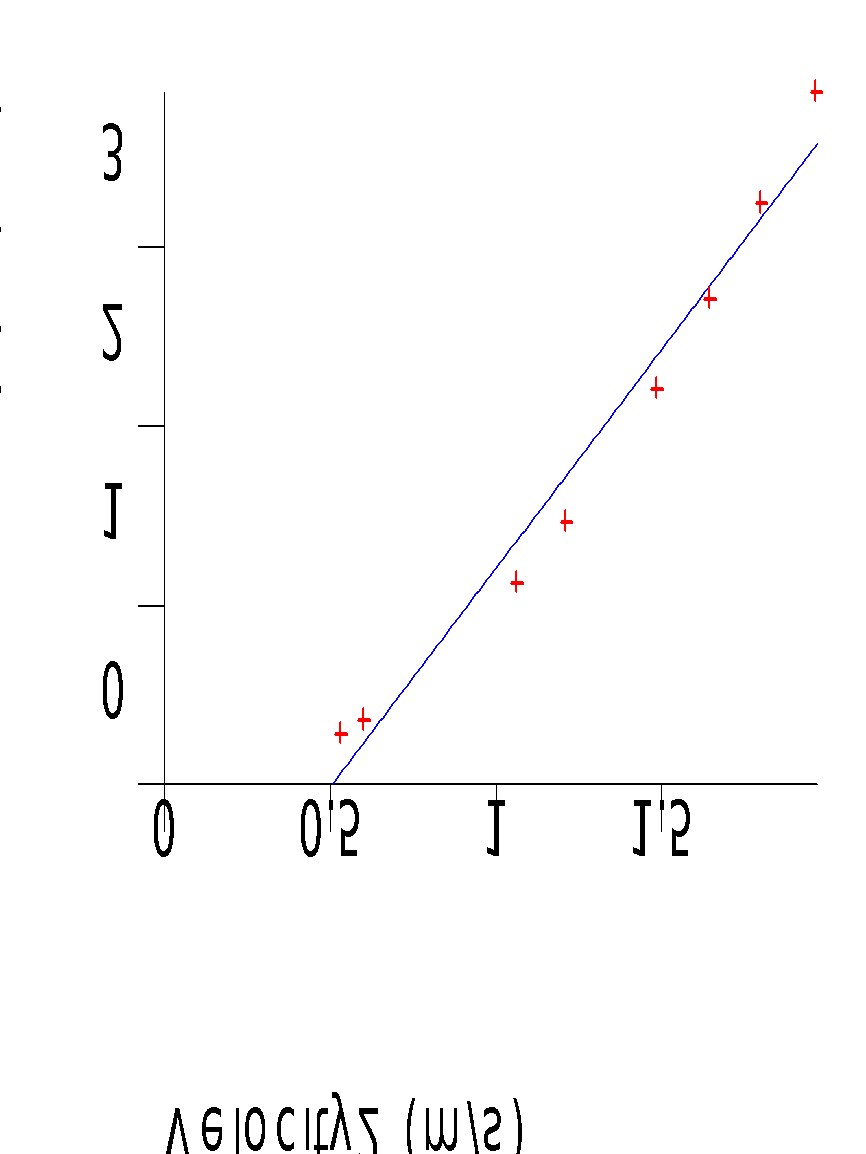 The purpose of this investigation was to find out whether height is proportional to velocity2. In other words for example if we double the height then the velocity will quadruple. Through the process of my research I have found out that the purpose, aim and hypothesis were somewhat true. I have found out that height is fairly proportional to velocity2; this is because when I look at my graph of height proportional to velocity2 I see that the points are close to the curve of the line. This does prove that my hypothesis is rather right, as my hypothesis states that height directly affects the speed and velocity that it travels, which is not quite true, however, when we do double velocity the height does quadruple. For example, when we double the velocity of .53, the answer is 1.06, and the height is truly quadrupled from 0.3 to 1.

The negative sign on the derivative shows that if the potential U increases with increasing r, the force will tend to move it toward smaller r to decrease the potential energy.

If the force is known, and is a conservative force, then the potential energy can be obtained by integrating the force.

A conservative force may be defined as one for which the work done in moving between two points A and B is independent of the path taken between the two points. The implication of "conservative" in this context is that you could move it from A to B by one path and return to A by another path with no net loss of energy - any closed return path to A takes net zero work.

A further implication is that the energy of an object which is subject only to that conservative force is dependent upon its position and not upon the path by which it reached that position. This makes it possible to define a potential energy function which depends upon position only.