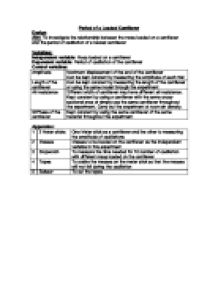 Period of a Loaded Cantilever

Aim: To investigate the relationship between the mass loaded on a cantilever and the period of oscillation of a loaded cantilever

Dependent variable: Period of oscillation of the cantilever 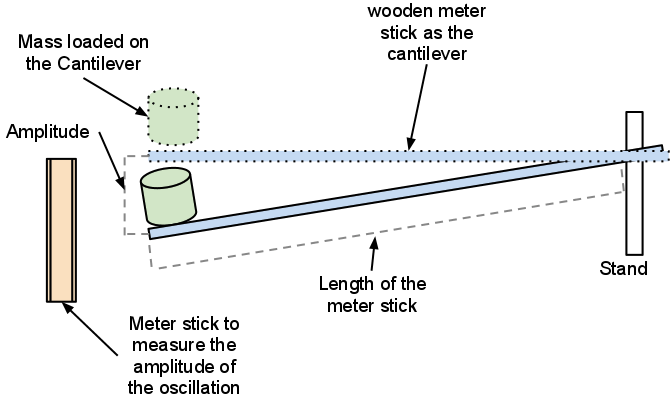 It was also difficult for our eyes to determine accurately the ending point of a period while the meter stick was oscillating at relatively small amplitude. To improve, the amplitude of the oscillation can be increased so that the amplitude can be measured more accurately.

There were random uncertainties involved in measuring the maximum amplitude of the oscillation with a meter stick. Before the oscillation, the end of the meter stick is pulled downwards with various displacements by the different weights/masses due to gravity. When oscillating, the upward and downward displacements may not be proportional, which means that meter stick is not at simple harmonic motion. The amplitude (maximum displacement) is difficult to be kept constant. For improvement, we can calculate the average amplitude by measuring the starting and ending amplitude. The amplitude should be kept constant throughout the experiment.