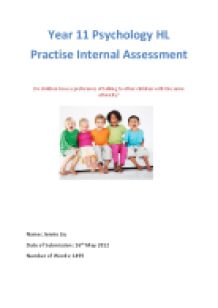 Psychology IA Sociocultural Investigation. Do children have a preference of talking to other children with the same ethnicity?