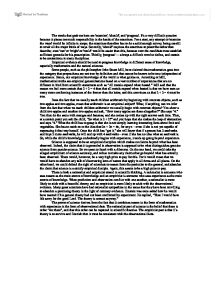 The words that grab me here are 'examine', 'should', and 'progress'. It's a very difficult question because it places too much responsibility in the hands of the examinee. For a start, any attempt to 'examine the ways' would be infinite in scope; the examinee therefore has to do a solid enough survey, being careful to cover all the major kinds of ways. Secondly, 'should' requires the examinee to prescribe rather than describe; even 'can' or 'might' or 'could' would be easier than this, because now the candidate must establish sufficient grounds for his prescription. Thirdly, 'progress' - always a difficult word to define, and certain to be contentious in many disciplines. Empirical evidence should be used to progress knowledge in different areas of knowledge, especially mathematics and the natural sciences. Some people, such as the philosopher John Stuart Mill, have claimed that mathematics goes into the category that propositions are not true by definition and that cannot be known to be true independent of experience. ...read more.

She says "4." You then do the same with oranges and bananas, and she comes up with the right answer each time. Then, at a certain point you ask the child, "So what is 2 + 2?" and you hope that she makes the leap of abstraction and says "4." What the child has to grasp is that she is not simply learning interesting facts about fruit and vegetables. She has to catch on to the idea that 2n + 2n = 4n, for any n - even if she is not yet capable of expressing it that way herself. Once the child has "got it," she will know that if a person has 2 aardvarks and buys 2 more aardvarks, he will end up with 4 aardvarks - even if she has no idea what an aardvark is. So, while the child's knowledge undoubtedly begins with experience, it ends up going beyond experience. ...read more.

When prediction and observation conflict with one another, a rationalist is more likely to stick with a beautiful theory, and an empiricist is more likely to stick with the observational evidence. Many great scientists have had rationalist sympathies in the sense that they have been unwilling to abandon a promising theory in the light of contrary evidence. Einstein was once asked how he would have reacted if his general theory had not been confirmed by experiment. He replied, "Then I would have felt sorry for the good Lord. The theory is correct anyway." The power of science derives from the fact that it combines reason in the form of mathematics with experience in the form of observational data. The rationalist part of science is the belief that there is order "out there", and that this order can be captured in scientific theories. The empiricist part is that if a theory is to survive and flourish then it must be consistent with the observational facts. ...read more.