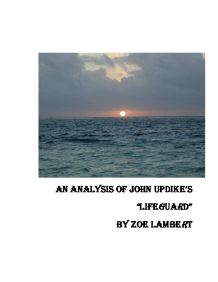 An Analysis of John Updike's &quot;Lifeguard&quot; 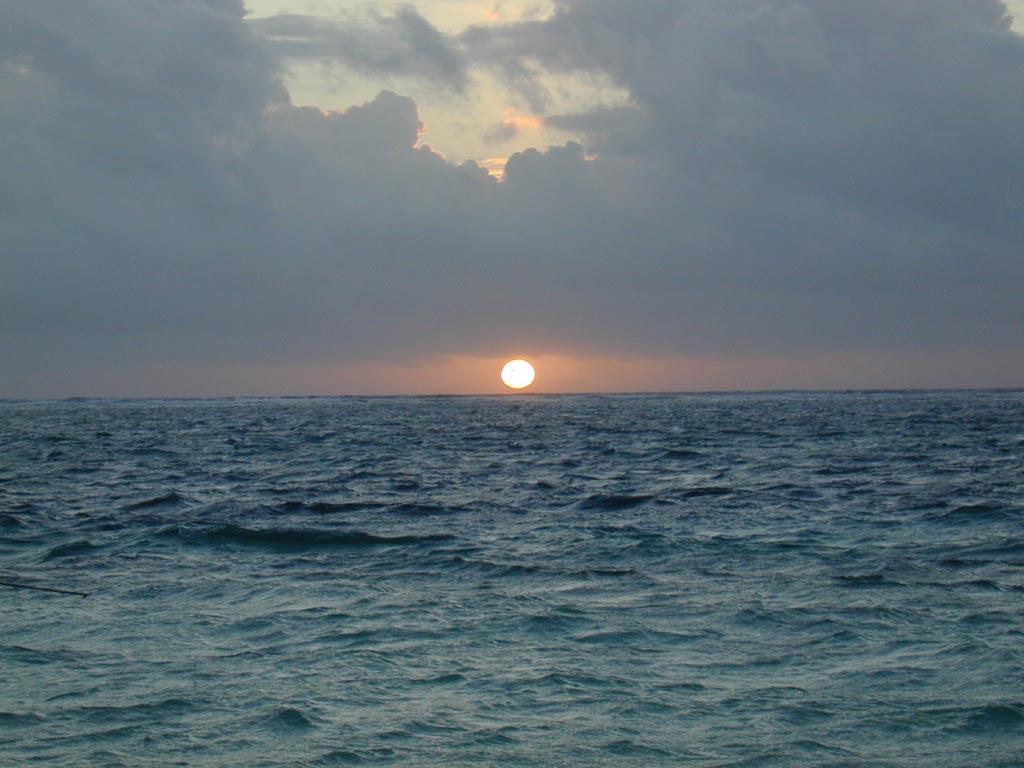 An Analysis of John Updike’s

An Analysis of John Updike’s “Lifeguard”

An individual comes to a point in his/her life where there is a controversy in his/her own faith and beliefs. In John Updike’s “Lifeguard”, we see that the protagonist is struggling to find meaning in his life. It is a very simple story that takes us through an individual’s understanding of existence, faith, skepticism and death. At first, the protagonist is struggling to find out what life is and what lies beyond it. He is constantly questioning the ideas of philosophers and studying his surroundings. He shows signs of a struggle with existence and religion. He asks unanswerable questions that tie into the depression that is overwhelming him.  The lack of knowledge about life and death causes a realization of his fear of the lingering presence of death. There is a temporary relieve in his troubles when he realizes that life is a journey, and that simple enjoyment can be a balance to the controversies about life. An individual can find happiness through simple things to get through the overbearing emotion brought on by the more complicated things. The protagonist, who is deeply troubled by the environment he was born into, finds fulfillment in the physical world to relate back to his problems in the metaphysical world.

The protagonist, who remains nameless throughout the story, is bothered by the questions attached to the existence of life. I can understand his point of view, because I, myself, frequently think of the creation of human and life on this planet. He, literally, takes the thoughts from my head and puts it on to paper, when it comes to showing the controversies he has about life. Updike presents a beautiful metaphor, to compare life to swimming, when he says “We enter the sea with shock; our skin and blood shout in protest. But, that instant, that leap, past, what do we find? Ecstasy and buoyancy. Swimming offers a parable. We struggle and thrash and down; we succumb, even in despair, and float, and are saved”. (214) This shows one that we are thrown into life unwillingly and unknowingly, in which, we find many discomforts but these are overlapped by life’s many comforts and pleasures.  I am constantly aware of the disorganized mess we call life. I agree with Updike’s metaphor about swimming because we do take life in like a natural movement. The worries about these things make him reach out for answers and other comforts, such as faith and love.

He converts to probable answers in his search to find self fulfillment. He dabbles in faith and philosophies to comfort him about his situation. You can see that in the search for himself, he disregards a lot of ideas brought forth to him and in return, it makes him feel numb. He loses his faith in humanity when humanity loses faith in religion. One can see this when he talks about “hollow heads” that fill the beach on Sunday morning. (Updike, 219) He talks about how people have lost their ability to listen and this relates back to an individual’s ability to review.  Then, the protagonist talks about his faith in love. This is a beautiful description, in which, I could relate to personally. When Updike describes love, he talks about how it’s more of a conversion, and almost puts it as a cry of help from an individual. One can see this when Updike questions “Who has loved and not experienced that sense of rescue?” (117). I like this question because it opens our mind to the idea that we might be looking for answers in other individuals. It shows love in a way that partners are used as a crutch to bear the events in one’s life. This fluctuation of faith causes a growing fear of death and the uncertainty of afterlife.

One can see the protagonist’s growing fear of the unknown and the presence of death. One can really capture this inner struggle with his own growing demons in this statement: “We seek God now in flowers and good deeds, and the immensities of blue that surround the little scabs of land upon which we draw our lives to their unsatisfactory conclusions are suffused by science with vacuous horror.” This statement really reflects on how this character has fear, and was extremely uneasy about being born into this world. I have been thinking a lot of my existence and how I was given this life just to get it taken away but something unknown. I can relate to the main character because death confuses and frightens me. This character finds a conclusion to his controversies in the act of enjoyment. He states this beautifully when he discover that life is not a destination but a journey. Updike uses another metaphor relating life to the sea when he says “You are borne continually toward the horizon” (219). This statement hides so much meaning in it. Updike uses a play on words using the word “borne” to relate to being “born” into the world. The act of continuously going towards the horizon shows use that we are going towards something that is unknown and that in any direction we go, we cannot escape it.

An individual needs to enjoy the little things in life to help balance the discomfort of the larger controversies in one’s life. In the story “Lifeguard”, a man is put through the regular controversies that come up in one’s life. After studying others’ ideas and absorbing information from his environment, he comes to a conclusion that will temporarily settle his worries. He takes his own consideration in to the equation and come up with his own solution to this world wide controversy. An individual will always come to a point in his/her life where they will have some personal controversies. The short story “Lifeguard” has insight on how to handle one’s own interpretation of life and how to handle regular developing events in life.