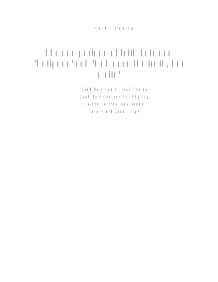 When considering comparison between the two stories of 'Antigone' and 'God sees the truth but waits~faith makes for a strong comparison. The two stories approach and illustrate faith completely differently from 0,* another. In the course of this assignment, the two stories will be compared on 5'asis of the faith their main characters display throughout the storyline.

In both stories, there are two major similarities when considering faith. Both Antigone and Ivan Dmitrich.bQth display a unique attitude towards their faith, and both are tightly bound to their faith. Literary evidence of Ivan's attitude towards his fa ith is observed during his stay at the Siberian jail. One would expect a prisoner's faith to diminish as his stay lingers, but Ivan's faith in god only strengthened during his stay in jail. This goes against expectations, as Ivan slowly becomes at peace \\lith his suffering. Further evidence regarding his solid mentality towards faith is provided in the text when a description of Ivan is given during his lengthy stay in jail. The description states that Ivan prays often, and while that may not sound significant, it indicates to the reader that his newly-formed faith is not a temporary state of mind. An important note that must be kept in mind is that Ivan's faith only develo ped after he had lost all hope of being released from prison, and consequently decided only to appeal to god for peace. At one instance, new convicts arrive at the prison. After determining when one of them to be from his home town, Ivan questions a convict regarding his family and then converses about the circumstances that led to his prison sentence. After this very conversation, Ivan strongly feels that this convict, Makar, was the one who killed the merchant traveling alongside him and therefore is responsible for his suffering. Ivan feels great anger, and tooks to get vengeance against Makar. In spite of what Makar has done, Ivan repeats prayers all night to try and get peace against his feelings. This action of Ivan's defines his strong attitude towards his faith, as well as the degree of following it.

Antigone's attitude towards her faith is very similar .!J? Ivan's, both in strictly following it and maintaining an unshakeable attitude towards';jhe literary evidence supporting this fact arrives in a much more general manner in the story, as the plot is revealed early on. Antigone's very aim is an example of her strong faith. She is aware that burying her brother has been declared illegal by the Creon himself, and this would have serious implications for her if she is to go through with it. Her fami Iy hea rs of this and tries to talk Antigone out of her illusions of grandeur. In the process, Antigone also chooses to call things off with her fiance. Despite having the fa mily against her, as well as the law, Antigone goes through with her aim and attempts to bury her brother. She is caught and taken to King Creon, who questions Antigone extensively to understand Why she has done so. As the evidence provides, both Antigone and Ivan are very similar in the manner of how they choose to follow their

faith and maintain it. Even in times of considerable adversity, the two characters are defiant and maintain their principles no matter what. Arguably, the two characters seem to lack common sense when it comes to following their faith. Ivan should have looked to seek vengeance against Makar, after all it is Makar 'wh'o was responsible for his suffering in prison for 26 years. In spite of possessing this knowledge, Ivan governs himself by his faith and chooses not to do so, and actually finds peace once Makar reveals what he suspected. In Antigone's case, she should have known better than to attempt to bury her brother given the fact that the King has declared the death penalty ~those found gUilty of suchRnme. In comparison, the two characters are seen to be almost identical in their following of faith, disregarding every consequence and moral sense of their actions.

Although strong similarities exist in the comparison of faith in the two stories, there are major differences as well. One might develop the idea that since such similarities are present, the nature offaith in the two stories is relatively the same This is not true, and in fact the natures are completely different. Ivan develops a very religious oriented faith through the progression of the story, and learns to live his life in accordance to his faith. Antigone's faith is not religiously based, but rather based on her moral values. Considering the nature of the character's faith completes the comparison, as the similarities and differences arise. As we can see from literary analysis, the faith is of completely different natures between the two stories, and this is a major difference. Present similarities do n~ necessarily mean that the faith is of identical nature between the two stories. After,..c(1;mparison of the two stories, it is fair to say that the only difference present is the nature of faith. Although both characters display unchanging mentalities towards their faith, their very nature of faith is significant nonetheless.

To conclude, I will consider an alternate point of view on the strengths offaith in the two characters. While I have mentioned throughout the essay that both characters are tightly bound to their faith, there is reason to suggest otherwise - es pecially in Ivan's case. As Ivan is arrested and sent to prison, he loses hope that he will be released on basis of his innocence. This leads to him giving up and appealing to god to grant him peace through his tenure. While Ivan does strongly govern himself by his faith, his initial action of giving up and losing hope does not support this. If he can simply lose hope and give up, in spite of the knowledge of his innocence, how can he have strong faith in something as elusive as god? He no longer considers practical measures to end his suffering and go home, but relies on 'divine intervention'. Through this occurrence, Ivan's strength in faith can be argued against. Similarly there is evidence against Antigone's strength. When Antigone is caught for attempting to bury her brother, her discussion with King Creon reveals much about her brothers. When she hears things about her brothers that she did not expect or like, she falls apart. The King wants to spare Antigone of the death penalty, but after hearing things she did not know she has lost the will to live and demands the King to make no exception for her. In spite of the King's efforts, Antigone does not live. As we can see, there is strong evidence suggesting that the characters are not all that strong, but rather, weak.