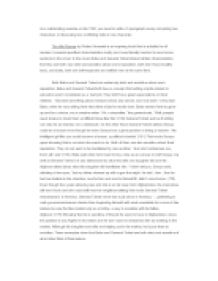 The Kite Runner Essay. In the novel, Baba and General Taheri shared similar characteristics that they are both very strict and sensitive about ones reputation, both dont have healthy body, and lastly, both are well-respected and selfish men at the

As a culminating exercise on the TKR, you need to write a 5 paragraph essay comparing two characters or discussing two conflicting traits in one character. The Kite Runner by Khaled Hosseini is an inspiring book that is suitable for all readers. Hosseini specified characteristics vividly and I was literally touched to read some sections in the novel. In the novel, Baba and General Taheri shared similar characteristics that they are both very strict and sensitive about one's reputation, both don't have healthy body, and lastly, both are well-respected and selfish men at the same time. Both Baba and General Taheri are extremely strict and sensitive about one's reputation. Baba and General Taheri both have a concept that writing or jobs related to education aren't considered as a 'real' job. They both have great expectations on their children. "Grunted something about medical school, law school, and 'real work'."(134) Said Baba, when he was asking Amir what kind of job he would want. Baba wanted Amir to grow up and be a doctor, not a creative writer. "Ah, a storyteller," the general said. "Well, people need stories to divert them at difficult times like this."(139) ...read more.

Throughout the novel, both Baba and General Taheri don't have healthy body and slightly refuses to see the doctor. Baba discovered that he had cancer when they moved to America, yet he refused to see doctors that are Russians, such as Dr. Schneider. Baba had a strong nationality of personal traits of people he had seen or dealt with back in Afghanistan since the Soviets' dominant were one of the reasons why they moved to America. "The visit with pulmonologist, Dr. Schneider was going well until Baba asked him where he was from. Dr. Schneider said Russia. Baba lost it."(155) It shows that he was loyal to his nationality and still showed hatred toward the Russians that seized his country even when he is in America. Even though Baba changed several doctors, he still refused to Amir that he is not going to take any chemo medication or any operations. "Don't you challenge me in public, Amir. Ever. Who do you think you are?"(156) That is the very last time Amir asked Baba to go see a doctor until Baba gets very sick at the flea market again. General Taheri doesn't have a healthy body either. ...read more.

His wife loved to sing, but his selfishness disappoints both his wife and daughter, yet he didn't care. Baba was also selfish; in fact, he was the Amir love and hate at the same time. "Please think, Amir jan. It was a shameful situation. People would talk. All that a man had back then, all that he was, was his honor, his name, and if people talked...we couldn't tell anyone, surely you can see that."(233) Amir was furious when Rahim Khan told him the truth Baba had hide from him years ago. This shows that both Baba and General Taheri are well-respected by people and selfish at the same time. The Kite Runner detailed the characteristics of each person mentioned throughout the novel. Hosseini wrote the novel specifically that readers could compare characters to other characters. In the novel, Baba and General Taheri shared a lot of similar characteristics that they are both strict and sensitive of one's reputation, both don't have healthy body and gets stubborn, and most importantly, both are well-respected and selfish men at the very same time. Even though we cannot directly claim they are same type of person, but they both slightly shows similarities from the examples. ...read more.