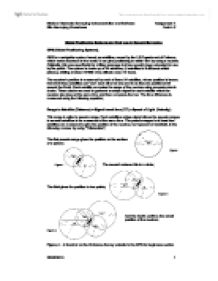 Global Positioning Systems and their use in General Surveying

Global Positioning Systems and their use in General Surveying

GPS is a navigation system based on satellites, owned by the US Department of Defence, which works anywhere in the world. It can give positioning to within 10m by using a receiver. Originally, this was specifically for military purposes but has recently been extended for use by the public. The system is made up of 24 satellites, (4 satellites in 6 different orbital planes), orbiting at about 12’500 miles altitude every 12 hours.

The receiver’s position is measured by each of these 24 satellites, whose position is known.  Not all of these satellites can “see” each other at any one tie as they are positioned all around the Earth. Each satellite computes the range of the receiver using accurate atomic clocks. These clocks are used to generate a unique signal for each satellite which the receiver also does at the same time and then compares the two. The time difference is measured using the following equation; 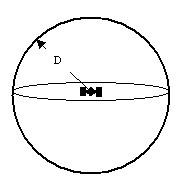 The first pseudo-range gives the position on the surface 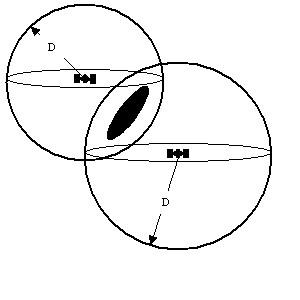 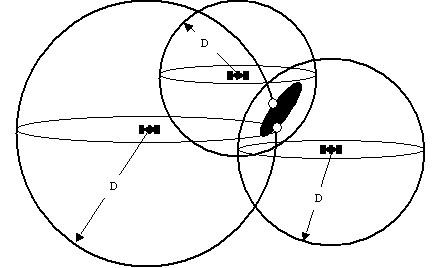 The third gives the position to two points; 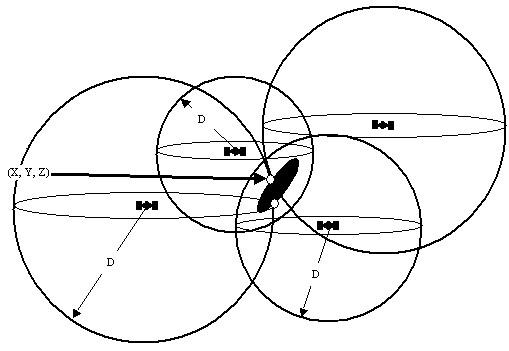 And the fourth confirms the actual

position of the receiver;

Application of GPS for General Surveying Purposes - Please see Appendix A as case study in surveying;

Using GPS for surveying purposes measures the 3-dimensional distances, or baseline, between two points (receivers) which can be very accurate. One receiver must be a known point for which the Ordnance Survey can be utilised, but more information is required the greater the baseline. Instead of using the unique signal discussed above, surveyors use the “carrier wave” of that signal, which can be used as a ruler to measure the range to satellite. One wavelength = 20cm, so the accuracy is far greater than that of the pseudo-range.

The range to the satellite is calculated using all of the wavelengths and Interferometry, which is described on the Trimble website as;

“A measurement technique based on the fact that two waveforms will

constructively or destructively interfere with each other if they arrive

slightly out of phase. The large effect of the interference is easier to

measure than the signals themselves and so provides a very

The calculation of the baseline is then completed by combining the information from both receivers. This accuracy can be enhanced by using as much information as possible, specialist software and geodetic equipment (Geodesy, or Geodetics, is a scientific discipline which deals with the measurement of the Earth in a three-dimensional, time varying space), which can give millimetre accuracy. Again, though, precise positioning requires exact known points.

“Real time” precision of a single receiver can also be enhanced by using “Differential GPS”, which calculates the corrections of the signals by using another GPS receiver at a known point. This third receiver compares its own known positions to that of the signals received. By comparing the differences the third receiver can correct the signal and give a more accurate position which is then sent to the other transmitters in the area for future reference via radio and satellite broadcasts.

Static GPS requires information collection over a period of several hours on two receivers simultaneously relative to the length of the baseline. Rapid Static is used on baselines of less than 20km but can be calculated to centimeter accuracy in minutes rather than hours. Real Time Kinematics GPS uses a radio to link the signals from the satellite to a “Rover Receiver” instantly. This technique limits baseline lengths and accuracy is not as good but the results are quicker.

Receivers can provide accurate horizontal positioning however; accurate vertical positioning can prove more difficult. The earth is not a perfect sphere; it is an ellipsoid which tapers at the North and South poles and with rises and falls in the surface created by valleys and mountains. The density of the surface, winds and temperature differences create further difficulties. Add in the oceans currents, which are in constant movement, and we have a more complicated equation to calculate the vertical position. 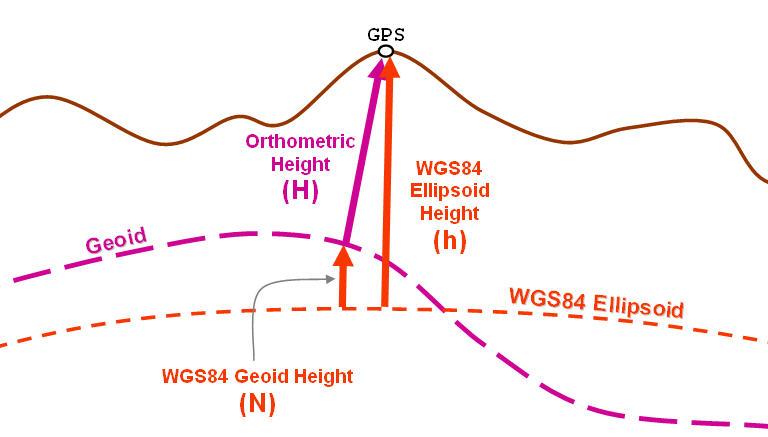 Some of the more common error sources are as follows;

Information from the GPS is related to a global co-ordinate system called WGS84 (World Geodetic System 1984). GPS position is given in latitude, longitude and ellipsoid height.

The WGS84 system, however, becomes inaccurate when using fixed points for land surveying because of constant motion of continents; in Great Britain, this motion moves at a rate of 25mm per year away from the WGS84. This means the fixed points are effectively null and void. Therefore the European Terrestrial Reference System 1989 (ETRS89) is the standard GPS system throughout Europe which is linked to the European continent. For the UK, the Ordnance Survey’s OSTN02 and OSGM02 are the most accurate as they change the ellipsoid height into height above sea level. 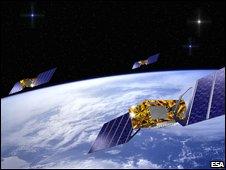 Although GPS began as a satellite navigation and positioning

system for the US military, which is highly accurate, the civilian

version leaves more to be desired, therefore Europe is now

building its own system. This is to be called “Galileo” and will be

timing and location information to become operational in 2013.

previously had the monopoly held upon it by the US government.

Although the US GPS service is reliable currently, this is not guaranteed for the future. Galileo is intended for civil use and as it is likely to be run by a private consortium in the future, levels of service will be guaranteed.