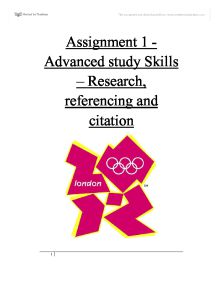 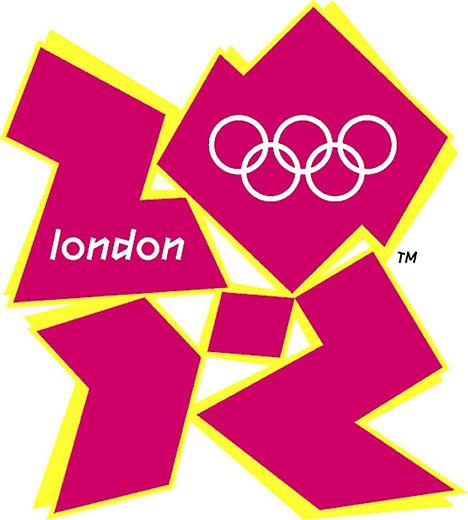 This report relates to the work performed by the Olympic Delivery Authority (ODA) who is responsible for developing and building the new venues and infrastructure for the Games and their use post 2012. The ODA were set up by the London Olympic Games and Paralympics Games Act in 2006 to ensure the necessary planning and preparation for the Games takes place. The Act grants the ODA a great deal of power in regards to the Olympic Games. It allows them to buy, sell and hold land; be the local be the local planning authority; develop infrastructure; develop a Transport Plan for the Games, with which other agencies must cooperate, and regulate traffic on the Olympic Road Network (ORN). This report will be centered around a briefing paper written by Allan Gooch which primarily looks at the ODA’s transport strategy for the 2012 games. We will be looking at this proposed strategy and establishing where they are today in terms of the transport infrastructure. As this report is restricted to a maximum of 1000 words I will be limited in my expansion of some topics, however I will aim to discuss all the issues relevant to this topic.

The Olympic Games is the largest sporting event to date and has provided a global platform for its hosts since the first modern games took place in Athens in 1896 although very small in comparison to the games as we know it today.

The Seoul Games of 1988 reminded people of how the Olympics could be used as a vehicle for urban change, improving traffic management and environmental beautification. With the emphasis on transport new subway lines were opened, bus routes extended along with its international airport, restricting the use of private vehicles. The following Olympic Games held in Barcelona continued this trend vastly improving its general infrastructure and giving it the chance compete for a place on the ‘global cities network. Chalkley and Essex 1996

The results of a feasibility study produced by Arup on be-hath of the government concluded that hosting the 2012 Olympics would bring enormous benefits of quantifiable and unquantifiable amounts.

The Transport for London (TfL) and the London 2012 had worked closely to produce a plan to submit to the International Olympic Committee (IOC). Their initial view of the bid deemed London’s transport system as antiquated, though by the time they submitted their full bid they managed to turn it around to one of their strengths, which may have been a deciding factor in London’s bid to host the games. A. Gooch 2007

As Seoul did back in 1988, the ODA’s transport strategy was to prohibit the use of private vehicles with the aim of ensuring all ticketed spectators used the public services provided, walked or cycled to any of the venues. To ensure that athletes and team officials keep journey times to a minimum around 500 coaches will be used to transport them and the media between venues and accommodation via an Olympic Route Network (ORN) which would link the main village with a network of roads to all key venues. 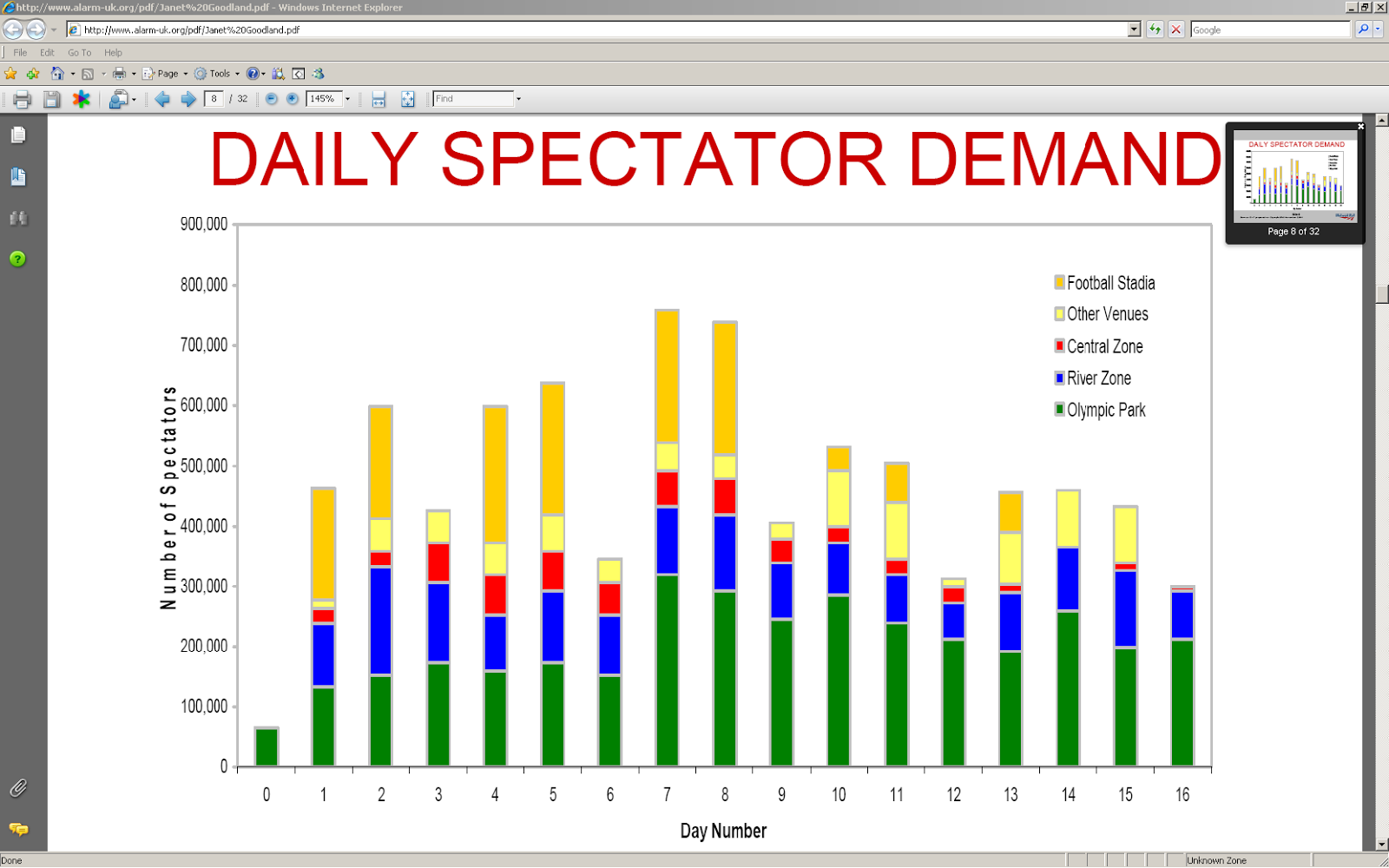 There are a number of competition venues darted across the UK, from Glasgow, Newcastle, Manchester, Birmingham, Cardiff and Weymouth & Portland. With transport authorities anticipating an average of 500,000 spectators per day there is a clear logistical challenge when transporting such a vast number of people across the country. It is anticipated that around 80% of spectators will be travelling via train. The ODA have worked closely with Network Rail along with other train companies to ensure extra trains and coaches will be available during peak times. The graph above shows the expected peak times during the games and the number of people anticipated using transport at this time. As A. Gooch has stated in his article....“the success of transport for the games clearly rest with the integration of a wide range of projects”. The ODA are also working in partnership with London Underground, DLR, the Highways Agency and local authorities. This sort of collaboration is integral to ensure transportation for the public is safe and efficient with every eventuality foreseen.

With a great deal of new infrastructure being put in place a number of civil engineering projects will take place, most notably the expansion of Stratford Station and the cross Thames tunnelling. These are both large and expensive projects which need to be delivered on budget and on time.

The current budget for the 2012 games came in at £9.3 billion, which is over a third of the original budget. The current spending budget has been broke up as follows:

Tessa Jowell, the Olympic Minister has acknowledged that there is a 20% chance that this figure will increase as “security costs were difficult to gauge and could rise further in the event of unforeseen events, such as a terrorist attack” J. Sherman and J. Rossiter 2007.

A more recent report on the 2012 Olympics by A. Jameson 2008 states “The surveyors' latest snapshot of building costs said civil engineering rates had risen by more than 12per cent in the first half of 2008 and are forecast to climb a further 12per cent in the next year”. If this trend continues we could see an overall rise of 60per cent by completion in 2012 blowing all budgets and contingencies beyond expectation.

The Olympic Games it doesn’t always bring the economic prosperity it’s associated with, as witnessed in the 1976 Olympics held by Montreal. “The Montreal Games highlighted only too clearly that staging an Olympic Games could be a high risk strategy which can result in long-term indebtedness” Chalkley and Essex 1996. There are parallels to be drawn from the 1976 Games and that faced by the 2012 Games today. The Montreal games coincided with a worsening economic situation and a period of global inflation, which is something that we are experiencing today not to mention the soaring prices of raw materials, in particular steel and glass. This could easily mean construction costs and budgets exceeding all expectation, and coupled with shortages in skilled labour this is a likely eventuality.

Thankfully our economy is much larger than that of Montreal's in 1976 and the ODA; alongside many other bodies associated with the 2012 Olympic Games have made extensive preparations. However that does not detract from the fact that these events could impact London's 2012 Olympic Games in a much similar way.

Proceedings of the Institution of Civil Engineers - Municipal Engineer