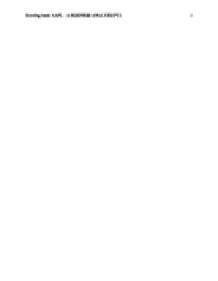 AAPL - A Business Analysis Pt2 When researching a company for a business analysis report, a SWOT analysis is not the first and final step; it is important to figure in many other factors. One such, and very important, factor is financials. Even though much can be learned from the SWOT analysis, the income statement, balance sheet, and cash flow are not always taken into consideration during that portion of the business analysis. It is imperative that one researches a company's financial well being when contemplating whether or not to invest in said company. AAPL's income statement shows that in 2007 that they had a total revenue of $24.578 billion and a gross profit of $8.152; the following year (2008) total revenue was up a little more than 50% at $37.491 billion, and gross profit was up more than 60% at $13.491 billion. In 2009, AAPL showed signs of much slower growth; total revenue was up only about 14.5% at $42.902 billion and gross profit was up a little more than 25% at $17.222 billion. This slowdown in growth could be attributed to the world economic slowdown that was occurring around the same time. ...read more.

AAPL has a technological advantage over GOOG and RIMM by just having some of the brightest and most innovative minds in the industry as decision makers for the company. Steve jobs, who recently stepped down as CEO, and Jonathan Ive are just a couple of the top visionaries that AAPL has leading its company. AAPL's goal is to stay at least two years ahead of its competition. The way it does this is by having its staff of engineers spend thousands of hours just visualizing what the consumer base will want in three to five years. It then engineers every detail of that vision across all of its devices. The iPhone is the result of one of those visions from 2004. AAPL does not just stop with technological advantages; it has strategic advantages in place as well. Some investors complain that AAPL has too large of a bank roll and should give money back to investors; AAPL disagrees and says it needs the money for strategic purposes. One such strategy is where AAPL purchased $7.9 billion in components from Taiwan and China, buying up 60% of all available touch screens. This gave AAPL two advantages. First, AAPL was able to negotiate a great price; and second, the shortage of touch screens caused its competitors to pay an inflated price (Bajarin, 2011). ...read more.