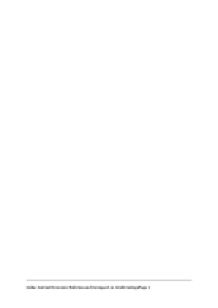 India: Current Economic Reforms and its impact on Credit ratings.

﻿________________ Indian government is pushed into dark corners from all sides. Policy paralysis, rising food prices and inflation are creating huge unrest among the general public. The corporate sector too is not happy with the way the government is functioning. Global rating agencies like the Standard and Poor?s and the Moody?s have downgraded India?s credit rating from ?Investment? grade to ?Speculative grade?. Also it has come out heavily criticizing on the Congress? leadership over its inability to convince neither its own allies nor the opposition and push the reforms measures. Also, Congress is widely split within itself on economic policies and there is serious opposition to any kind of attempt towards liberalization of the economy. But things have started rolling recently after the new finance minister has taken charge. A host of new announcements have started coming up to save the sliding economy. This is widely perceived as Reforms 2.0 in continuation to the reform measures which Dr. Manmohan Singh had initiated during 1991. The government has started wooing foreign investments and rationalising subsidies. The cabinet has approved to open up FDI in major sectors like airlines, retail and insurance which have created political heat. ...read more.

Default history 9. Ratio debt/GDP 10. Ratio reserves/imports 1. Regulatory quality, rule of law, accountability and political stability The current situation needs continuous inflow of money to sustain the momentum of growth that has been triggered. One of the ways to raise capital for this is to infuse foreign capital in the equity market. This is already present in the nation in the form of FDI in the various sectors. Though this has been in the limited proportions, however, due to the crunch of the liquidity in the system and limited capacity of the Government to bail out the current situation, it is of paramount importance that liquidity be infused into the system by the various players. The current moves that have been initiated by the Government have helped to inject liquidity into the system. Also, certain industries and sectors are too huge that require deep pockets for financing. The instance of which can be cited as the Airlines? industry in the nation. The fate of Kingfisher Airlines and many more which are diving into the red needs to be stalled so that it doesn?t deteriorate further. ...read more.

FDI in retail will definitely help to swamp the market with a plethora of options, which in turn will increase the competition in the market and also help to reduce the prices of the goods. This will also reduce the dominance of the multiple levels of the middlemen that exist along the hierarchy leading to better take away for the farmers. Also, the Government should help to promote and attract investors towards the sectors that provide rural employment and also capital infusion e.g. Khadi industries, which will help to boost the fabric sales manufactured in India in the foreign market. De-regulation of oil prices will give the Government a cushion against the fluctuating fuel prices by the in the nation - thereby reducing the amount of subsidies given by the Government on the fuels. Curtailment of Expenditure: Government should focus to increase the ratio of the spending in the capital expenditure (health, infra-projects, education) in the overall expenditure. Such measures will definitely help to reduce the fiscal and the current deficit. This in turn will give a boost to the economy and hence will increase the investor confidence, which will help in the capital inflow in the nation. ...read more.