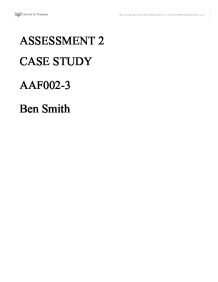 Kurdistan Hopes Boost Gulf Keystone. This case study is concerned with the stock markets reaction to the RNS statements released by Gulf Keystone Petroleum regarding oil drilling prospects in March 2011

ASSESSMENT 2 CASE STUDY AAF002-3 Ben Smith Gulf Keystone Petroleum's oil exploration prospects This case study is concerned with the stock market's reaction to the RNS statements released by Gulf Keystone Petroleum regarding their drilling prospects in March 2011. Introduction GULF Keystone Petroleum is an independent oil and gas exploration and production company that operates in the Kurdistan region of Northern Iraq. The company was originally founded and incorporated in 2001 by a large number of private equity investors situated in The United Arab Emirates, Kuwaiti, Saudi and The US. The company obtained a listing on the Alternative Investment Market of the London Stock Exchange on the 8th September 2004. Gulf Keystone Petroleum's strategy is to bring the company into production and to explore, appraise and develop their current drilling platforms. In January 2011 following an independent evaluation by oil and gas consulting firm Ryder Scott Co. Gulf Keystone Petroleum's oil discovery in Kurdistan was estimated to be in the region of 1.9 to 7.4 billion barrels of oil. On 18th of March 2011 at 07:00 am GMT Gulf Keystone Petroleum released their first of two RNS statements which reported a significant oil flow from one of their appraisal wells. Although the RNS statement gave no quantifiable figures it did state that further testing would be needed to estimate the oil quality and flow rate. ...read more.

A seminal study of long-term stock market over and under reaction was conducted by DeBont & Thaler (1985), they found that individual investors do have the tendency to over-react to unexpected news and events whilst studying stocks listed on the Centre for Research Security Prices. They also concluded that based on market over-reactions there were elements of weak form efficiency within the tested stock market. In the context of short term stock market over-reactions, two similar studies were conducted by Brown & Harlow (1988) and Howe (1986) both found strong evidence that an over-reaction hypothesis can occur over short periods of time. A more recent study undertaken by Schnusenberge (2006) argues that there is more to market efficiency than the long accepted weak form and semi-strong form market models. Schnusenberge tested short term stock market over-and under-reactions in relation to DJIA and S&P indexes in an attempt to understand the psychology of investors and their effect on financial markets. The published article focuses on the stock market's reaction to events before and after stock market highs. The research suggests that investors are cautious prior to stock market highs, but are overly optimistic following a stock market high. Schnusenberge also points out that once investors discover an overreaction their previous assessment is revised leading to a 'stock price reversal'. ...read more.

Upon the realisation of the over-reaction a 'stock price reversal' occurred, causing the share price to eventually settle at 158p. It could be seen from testing that there were slight anomalies within the security price of GKP and also in the time it took for the share price to absorb and reflect the relevant information. This suggests signs that the market is weak form efficient. Although the share price did convey an immediate reaction to both announcements, suggesting some characters of semi-strong form efficiency also. It could be seen that there is a possibility that investors did act irrationally inline with research conducted by Basu et al (2008). The results indicate that irrational investor behavior may have contributed to the share price rise of GKP, then in turn a influential amount of shareholders fearing a downturn sold their shares causing the share price to fall rapidly. Although it can be seen that this type of result does follow both the share price movement and previous research conducted by Basu et al (2008) it must be noted that this result is limited as it does not take into account actual individual investor motives behind buying and selling of shares. Finally the results show that although there is evidence of weak and semi-strong form efficiency, abnormal gains could have potentially been made by investors. This suggests that the short term share price movement of GKP deviates from the Efficient Market Hypothesis. ...read more.