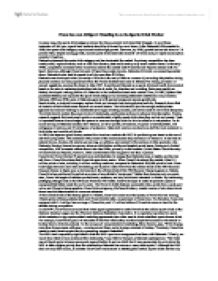 PowerAde and All Sport: Muscling in on the Sports Drink Market

PowerAde and All Sport: Muscling in on the Sports Drink Market In many ways, the sports drink category mirrors the fitness-minded individual that it targets. As any fitness instructor will tell you, a good hard workout should be followed by a cool down. After Gatorade hit the market in 1968, the sports drink category experienced double-digit growth. However, by 1996, growth had cooled down to 7.6 percent. Still, despite cooling growth, current sports drink sales total almost $ 1.3 billion and per-capita consumption exceeds 1.8 gallons. Gatorade pioneered the sports drink category and has dominated the market. Its primary competition has been mostly small, regional brands, such as 10K from Suntory, that could rack up only small marker shares. In the early 1990s, competition increased when Coca-Cola entered the market with PowerAde and PepsiCo entered with All Sport. However, although PowerAde and All Sport have make inroads, Gatorade still holds a commanding market share. Gatorade's sales lead its nearest rival's by more than $1 billion. Gatorade was developed at the University of f1orida in the early 1960s as a means of preventing dehydration during physical exertion and was popularized when the Florida football team used it. Stokely Van Camp, processor of canned vegetables, acquired the brand in May 1967. It positioned Gatorade as a sports drink and health food product based on its value in replacing electrolytes lost due to colds, flu, diarrhea, and vomiting. ...read more.

It is especially important for sports drink marketers to sign sports-related marketing agreements-fans often want to drink what their sports heroes drink. For example, Coca-Cola's goal is to associate PowerAde with hockey and thus tempt the hundreds or thousands of hockey fans to drink its products. As the company's vice-president of marketing, Steve Koonin, says, "We're buying more than frozen arenas with guys ...running around them; we're buying a mindset of hockey." Similarly, Coca-Cola wants to reach female sports fans by sponsoring women's basketball. The NHL deal is especially significant in that the NHL's previous arrangement had been with Gatorade. "Clearly, we would have liked to have continued this relationship," says Patti Jo Sinopoli, a Gatorade spokesperson. "But Coke was willing to put a lot more money and support behind it, and we didn't feel it was appropriate for us to allow the NHL to take a higher priority than the relationships Gatorade has across so many other sports." Although the NHL deal cost only $30 million, it indicates Coca-Cola's seriousness in attacking this market. Sports drinks are the only nonalcoholic beverage market not dominated by Coca-Cola or PepsiCo. It appears that Coca-Cola is using a "circle the opposition" strategy in attacking Gatorade and its strong ties to football and professional basketball. Rather than trying to buy its way into those major sports, Coca-Cola is obtaining sponsorships in a number of smaller sports drink that carne in four flavors. ...read more.

While Gatorade is strongly associated with American football and basketball, the sport with tile greatest worldwide following is soccer. If Coca-Cola or PepsiCo could grab a major soccer sponsorship, or even a baseball sponsorship (another international sport), they would gain a significant lead in the international market. In response to the international competitive threats posed by Coca-Cola and PepsiCo, Quaker Oats has reorganized. It has formed a separate division to market Gatorade worldwide. In addition, Gatorade is pursuing partnerships with other companies to expand worldwide distribution. But Gatorade is a new brand and unknown firm outside the United States. In addition, along with Coca-Cola and PepsiCo products, it will face other sports drink competitors in the international market, such as Lucozade (distributed by SmithKline Beecham in the United Kingdom). Sources: -----, "PepsiCo is Back in the Sports Drink Game," Wall Street Journal, March 8, 1996; "PowerAde Bottle Stands Tall for Olympic Competition," Packaging Digest, May 1996, p.4. Angela Dawson, "PowerAde Commercials Dramatize Athletes Struggle to Prevail," Adweek, March 31, 1997, p. 5; Nikhil Deogun, "Coca-Cola Powerade Takes on Gatorade as It Becomes Official Sports Drink," Wall Street Journal, June 2, 1997, p. B5; Jeff Jensen, "WNBA, NHL Will Help Build Coke Brands," Advertising Age, June 9, 1997; Gerry Khermouch, "You Too Can Market a Sports Drink," Brandweek, October 30, 1995, p. 38; Kimberly Lowe, "In C-Stores, Sports Drinks Fuel the Beverage Category," National Petroleum News, August 1996, pp. 42-44; and Eric Sfiligoj, "Gym Dandy," Beverage World, March 1997, pp. 57-58. ...read more.