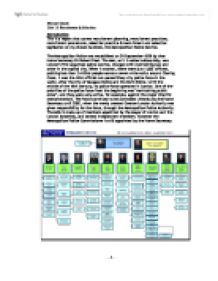 Introduction This is a report that covers recruitment planning, recruitment practices, recruitment procedures, selection practice & recruitment and selection legislation on my chosen business, the Metropolitan Police Service. The Metropolitan Police was established on 29 September 1829 by then Home Secretary Sir Robert Peel. The Met, as it is called colloquially, was London's first organised police service, charged with maintaining law and order in the capital city. When it started, there were just 1,000 officers, policing less than 2 million people across a seven-mile radius around Charing Cross. It was the third official non-paramilitary city police force in the world, after the City of Glasgow Police and the Paris Police. Until the middle of the 18th century, no police force operated in London. One of the priorities of the police force from the beginning was "maintaining public order", and they were very active, for example, against the major Chartist demonstrations. The force continued to be controlled directly by the Home Secretary until 2000, when the newly created Greater London Authority was given responsibility for the force, through the Metropolitan Police Authority. The MPA is made up of members appointed by the Mayor of London and the London Assembly, and several independent members. However the Metropolitan Police Commissioner is still appointed by the Home Secretary. Recruitment planning Recruitment planning is when an organisation anticipates demand for staff to match its supply. Recruitment planning involves finding out whether they need to recruit someone at all There are many reasons why businesses decide to consider recruiting. This could be: * The business has decided to expand the business, therefore, needing new staff. Businesses take advantage of economy and people being well off so that they can expand. If they do not believe that the economy will not grow, they will not create new jobs, instead preferring to use other methods. * Someone in the business has decided to retire. ...read more.

These factors can also be used to on who should be offered a second interview. The Metropolitan Police looks at the skills of the applicants when they read the application forms. References may also be required; as they may be needed for the actual interview. For the interview The interviewer needs to have set questions ready for the candidates when they start interviews. The Metropolitan Police must also have the candidate's details, for example, CVs and application forms, so that they can be used to prompt questions as well as probe candidates. The interviewer must also ensure that they lead the interview so that they make sure that the time span of the interview is satisfactory and the right information is collected. After the interview Notes must be taken on each candidate during the interview so that the interviewer/s can decide on which candidate they want to choose for the job. References are usually taken up by now, if they have not been taken up already. Candidates can also claim reimbursement for travel, which is very significant to candidates, especially if they have travelled from afar. Also, the Metropolitan Police must make legal and medical checks in order to see whether the candidate in question is suitable for the job. When all of this is done, a verbal offer of the job is made. If the applicant decides to accept the job, they will be contacted in writing confirming details including salary, start date, hours of work, holiday entitlement any other requirements such as qualifications. Then, an induction programme is set up so that new employees can be trained on health and safety requirements and other things to enable them to work in the organisation effectively. Unsuccessful candidates are usually informed by phone or in writing. To ensure that recruitment and selection is carried out effectively and efficiently in the Metropolitan Police, they need to have a means of assessing the work of their HR department and its policies. ...read more.

If they do not comply with ethical requirements, it could result in bad publicity from the press/media and a damaged reputation. The legal requirements in the Met are to make sure that they fall in line with the laws that are used in every organisation when recruiting. If they do not comply with legal requirements, they could face action from an industrial tribunal (a court that deals with employment issues), incur fines and even face prosecution. They must have practices and procedures in place to ensure compliance within legislation, for example, if they are to employ someone with a disability, they must make sure that they provide the necessary service to accommodate them. Conclusion Selection interviews conducted in the Metropolitan Police are very effective. The reason for this is because it allows them to assess candidates in the best way possible. The strengths of using interviews in the Met are that they get to meet the candidate face-to-face and get to know them. This enables the Met to assess body language and how they react to certain things. This also helps them to know whether they are interested in the job in question. Also, more in-depth questions can be asked. This enables the Met to know the candidates' skills and qualifications. They can also assess how interested someone is in a job by their appearance. If a candidate is looking very neat e.g. wearing a suit, this shows that they are presentable and serious about the job. If they are looking scruffy, it gives off the impression that the candidate is untidy and not as determined to get the job. Even though there are strengths to interviews, there are also weaknesses. The weaknesses of using interviews are that it is time-consuming because a lot of time is set aside for recruitment. Another weakness is that interviews are only on first impression. This means that people can assert themselves during the interview and if successful, could be a totally different person once employed, hence, putting on an act. ...read more.