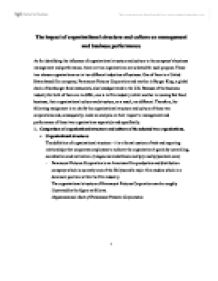 The impact of organizational structure and culture on management and business performance at Paramount Pictures Corporation and Burger King.