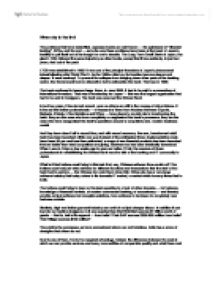 When sky is the limit.

When sky is the limit The problems that have bedevilled Japanese banks are well known - the quicksand of ''directed lending'', NPAs, and the rest - as is the way these problems have been at the heart of Japan's inability to pull itself out of the trough for over a decade. The Long Term Credit Bank of Japan, the giant LTCB, followed the same trajectory as other banks, except that it has suddenly, in just two years, shot out of the pack. LTCB was established in 1952. It was one of the principal financiers of Japan's phenomenal industrialisation after World War II. As the 1990s rolled on, its troubles became deeper and deeper. It went bankrupt. To prevent the collapse from bringing down other parts of the banking sector, the Government had no alternative but to nationalise the bank. That was in 1998. The bank continued to haemorrhage. Soon, in June 2000, it had to be sold to a consortium of international investors. That was a thunderclap for Japan - this was the largest organisation that had to be sold to foreigners. The bank was renamed the Shinsei Bank. In just two years, it has turned around, even as others are still in the morass of old problems. It turns out that Indian professionals - a thousand of them from Nucleus Software Exports, Mphasis, Polaris, i-Flex Solutions and Wipro - have played a crucial role in transforming the bank: they are the ones who have completely re-engineered the bank's processes, they are the ones who have reorganised the bank's operations around a completely new, modern business model. And they have done it all in record time, and with record economy: the new, transformed retail bank has been launched within one year instead of the anticipated three; implementation costs have been 90 per cent less than estimated; a range of new financial products has been launched that are better than what competitors are giving; hardware too has been drastically downsized. ...read more.

And it has used the advantage of lower cost - and perfectly disciplined labour - to the hilt. China's achievement we gape at: ''How have they become the manufacturing hub of the world?'' we ask. But our advantage - in some senses the very same advantage China has put to such good use - we want to throw away. Keep these foreign accounting firms out, proclaim our accountants at a high-profile function. They have been involved in frauds abroad. On that reasoning, shouldn't we bar our own accounting firms also? After all, frauds in our banks, in our stock markets, the way so many of our firms that have run up NPAs are then able to extract bail-out packages from financial institutions, could such things have happened if our accounting firms had been doing their job? And there is the other point: we want their accountants and lawyers to be kept out, but they must open their doors to our IT professionals! As the title of one of Jairam Ramesh's monographs ran, Yankee Go Home - But Take Me with You! Why not look upon the opportunities positively? Why not institute courses in our law colleges on Germany's legal system, in the accounting systems of the US and thereby capture the markets there? Why not multiply the number of nurses we train, and have them learn Japanese? Why not enable private firms to open world-class universities in India, and thereby become educators to the world? This is India's moment but it's only a moment, can we grasp it? On the one hand, we have unbounded opportunities and incomparable advantages to seize them. On the other, there is the fate that will surely befall us if we falter. Unemployment will reach such proportions that social unrest will become unmanageable. Similarly, if the rates of growth of India and China continue to differ by the margins of the past 15 years, within the next 15 years the Chinese economy will be six times that of India. ...read more.

They are the real social security that will cushion our people. But the main solutions lie, as usual, not in the economic realm. They lie in political arrangements, in discourse. We must reduce the frequency of elections: schedule elections, as the vice-president and the deputy prime minister have proposed, to state assemblies and to the Lok Sabha simultaneously; fixed terms for legislatures even as individual ministers can be voted away for dereliction. Even before such changes are put into effect, and even after they have been instituted, we have to make everyone see that change cannot be blocked. The more we succeed within India in delaying it, the greater the lead that others will get over us. Schemes to rehabilitate and reposition workers or farmers who may be dislocated must, of course, be devised and executed. But the project or technology must not be blocked. Soon enough that project will have to be executed in any case; soon that technology will come to be adopted. Time will have been lost. Resources that could have been used for modernisation of that enterprise, that industry, for the prosperity of that very region would have been wasted in keeping that obsolete technology or enterprise ''alive''. And we must with evidence induce everyone to see that more often than not the resources needed to take care of and re-equip those who will be dislocated are embedded in the obsolete enterprises themselves. Look at the land NTC's mills have in Mumbai. If only the government would be allowed to sell it, more than enough would be available to retrain and re-equip every single worker in those mills, as well as to modernise the mills that are to survive. Not the details of economic policy-that is not where the impediments lie. The way we look at things, our discourse, the drag of interests that are vested in the way things are-these are what we need to change. (Concluded) ...read more.