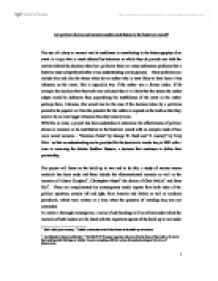 Decision Points by George W. Bush and A Journey by Tony Blair. Are political diaries and memoirs useful contributors to the historical record

Are political diaries and memoirs useful contributors to the historical record? The use of a diary or memoir and its usefulness in contributing to the historiography of an event is a topic that is much debated by historians as whilst they do provide one with the motives behind the decision taken by a politician there are many unforeseen problems that a historian must comprehend before a true understanding can be gleaned. These problems can include bias and also the stance taken by an author who is most likely to have been a key influence on the event. This is especially true if the author was a former leader. If for example the decision that they took was criticised then it is likely that the stance the author adopts would be defensive thus jeopardising the truthfulness of the event as the author portrays them. Likewise, this would also be the case if the decision taken by a politician proved to be popular as it has the potential for the author to expand on the truth so that they seem to be an even bigger influence than they actually were. With this in mind, a project has been undertaken to determine the effectiveness of political diaries or memoirs in its contribution to the historical record with an analysis made of two more recent memoirs - "Decision Points" by George W. Bush and "A Journey" by Tony Blair - so that an understanding can be provided for the decision to invade Iraq in 2003 with a view to removing the dictator Saddam Hussein, a decision that continues to define their premiership. The project will focus on the build up to war and to do this, a study of various source materials has been made and these include the aforementioned memoirs as well as the memoirs of Alistair Campbell1, Christopher Meyer2 the diaries of Chris Mullin3 and Hans Blix4. ...read more.

"A Journey" - Tony Blair British Policy and diplomacy towards Iraq: In 2001, Blair commented how he had become increasingly concerned by Iraqi WMDs and urged Bush to take action; however when the prospect of regime change was then highlighted, an official of the United States government recalled that Britain were horrified of a prospective regime change and when Resolution 1284 was negotiated45, the British were adamant that regime change was not a part of the resolution46. Following Blair's re-election in June 2001, there was a steady discussion between American, British, French, German and Russian diplomats about new sanctions that would force Saddam into allowing UN inspectors back into Iraq. At this point, the Americans had plans for a repeat exercise of '98 if Saddam refused to comply but their attitude was one of steadiness instead of continued diplomatic pressure. Blair admits that he was the strongest believer in strong action although he was not thinking of Saddam's removal47. Blair also recalls that during his first few years in office, he and former President Bill Clinton realised that the best policy towards Saddam Hussein would be one of containment. However, Blair accepted that 9/11 changed the focus with the potential of Saddam's removal being legitimate48. He fully believed that Saddam was violating "The Blair Doctrine" which was established in 1999. In this doctrine, Blair said it was perfectly legitimate for countries to intervene in the affairs of another country if neighbouring countries were being destabilised as a result of a mass influx of refugees or other consequences of internal problems. Given the invasion of Iraqi refugees into other countries, Blair firmly believed that removing Saddam would be a huge benefit for the world although he realised that the removal of a dictator was not a prerequisite for war and so the focus had to be the WMDs that Iraq had in its arsenal as they were conflicting with sixteen U.N. ...read more.